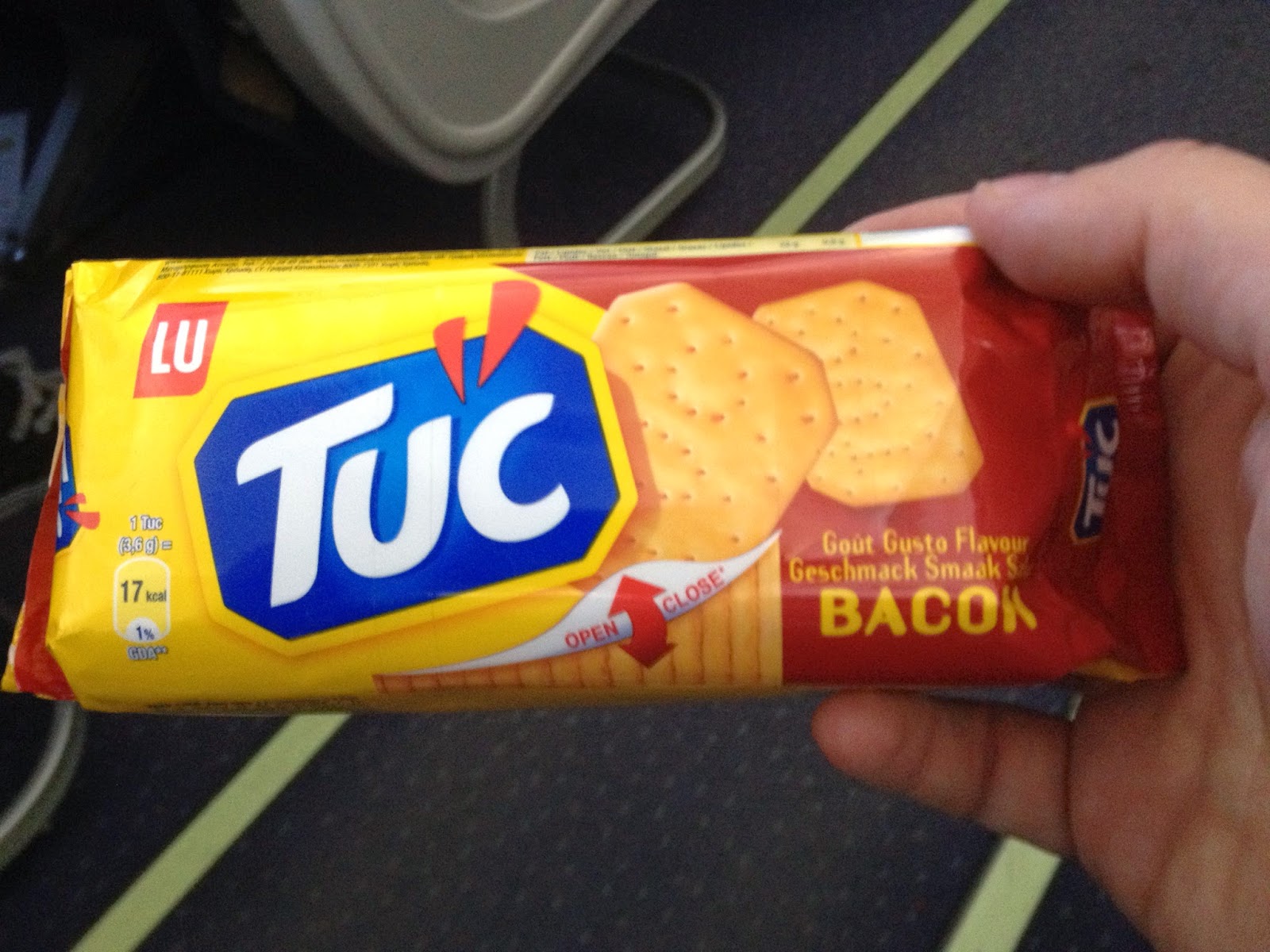 They say everything is better with bacon, and that's certainly true, if we're talking actual bacon, As for bacon flavoured things, well, they're a bit hit and miss, mostly miss. Generally, bacon flavouring, while nice and smoky at first, often becomes quite bitter and harsh on my throat after a while. But I couldn't resist these bacon Tuc, and seeing as I often find myself stuffing Tuc until they give me a nice salty heartburn, a little bit of bacon flavouring wouldn't hurt, right? 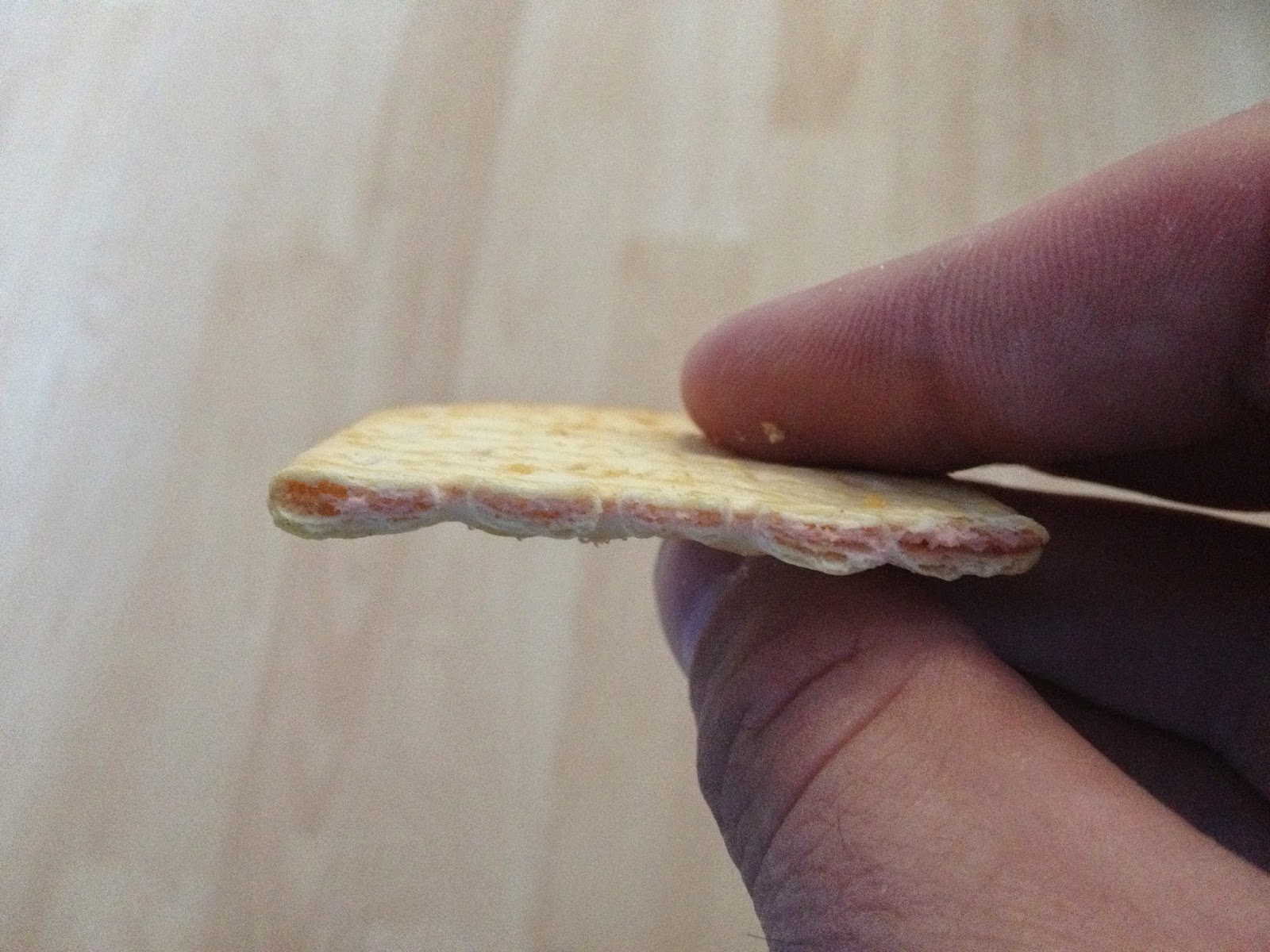 The interesting thing about these is that the bacon flavouring itself lies in a nice pink strip in the middle, with regular Tuc surrounding it. This means the flavour doesn't saturate the cracker as much as it has in other bacon flavoured foods I've tasted, and in fact the flavours work quite well together. While I do find bacon flavouring to generally taste quite fake and too bold, when blended with the crunchy, salty Tuc biscuits, it's actually quite tasty, although I did tire of the bacon taste a little the more I went on. These Tuc don't win out over the original in my opinion, but this is a nice flavour that's executed quite well.