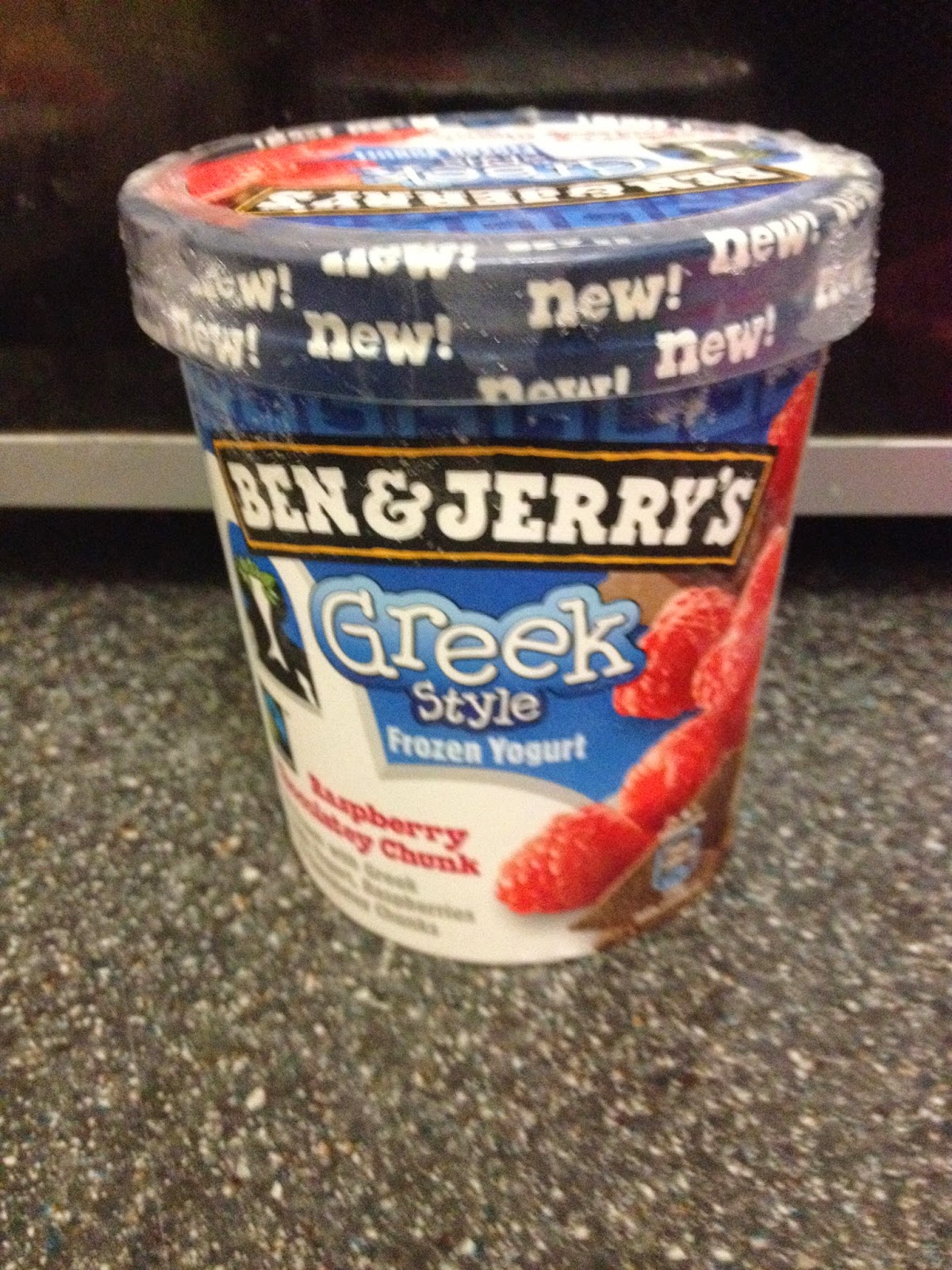 I've had this tub in my freezer for a while, but I managed to finish it off tonight, so there won't be a better time to review it. Ben & Jerry's have added to their already awesome frozen yoghurt collection, with the addition of some Greek Style yoghurt flavours. These consist of ice cream blended with greek style yoghurt, and mixed together with various swirls and chunks. I went for the Raspberry Chocolatey Chunk, but there's also Strawberry Shortcake and Vanilla Honey Caramel, and they all sound good.

This flavour, though, is definitely good. The ice cream is extremely creamy, with a very strong yoghurt flavour. It's almost a bit much for me, a little too sickly, but thankfully the other ingredients make up for it. The raspberries come in the form of a puree that seems to be mixed into the ice cream itself, giving it an overall lovely raspberry flavour. The chocolate chunks, on the other hand, are randomly swirled in, and they are pretty damn big. Finding one is always a pleasure, giving a generous chocolatey taste that really brings everything together. This is another great flavour from Ben & Jerry. It's a little different due to the greek yoghurt, and it's well executed, but it doesn't quite reach the heights of their classic ice cream flavours. It's certainly healthier though.