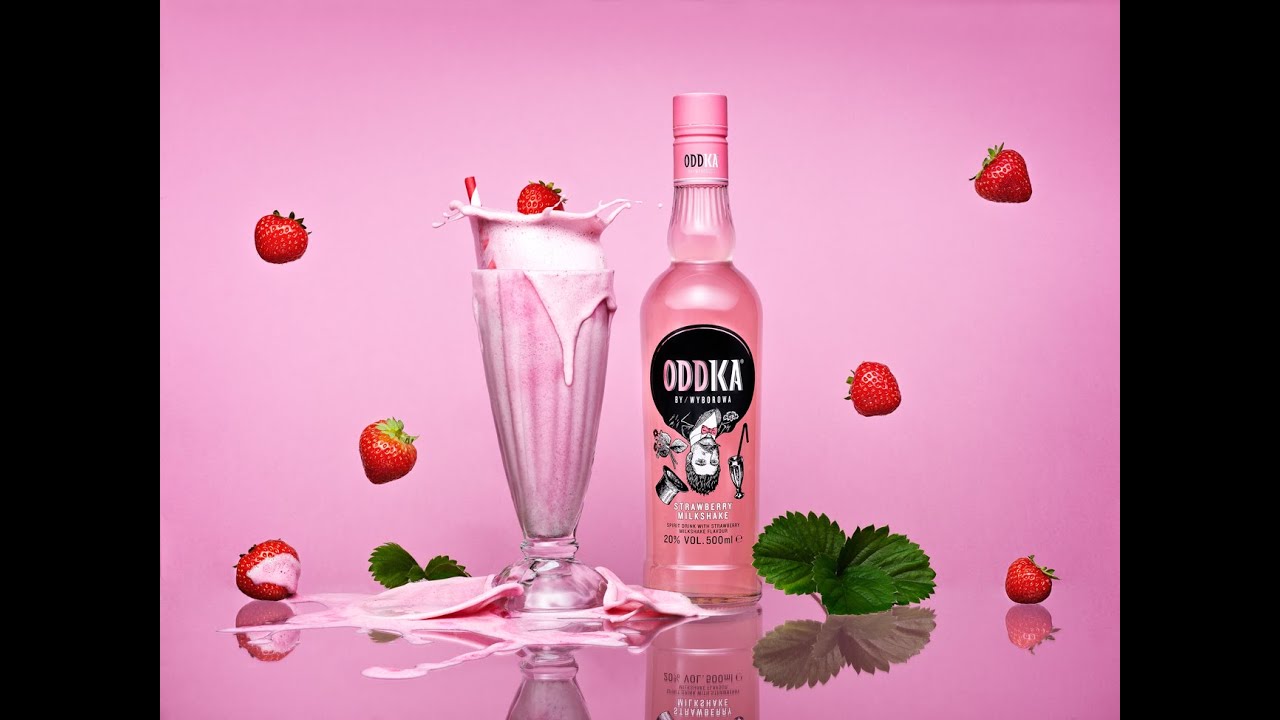 I went to a house party last week, so I found myself in the alcohol aisle, which I don't usually visit, perusing the spirits for something to keep me merry while revelling. My eyes passed over all the usual, boring, foul tasting stuff, and settled on a bottle of delightfully pink liquid. It was named Oddka, and the flavour was strawberry milkshake. Now, the very idea of vodka mixed with milk is enough to make me gag, but somehow the idea of a strawberry milkshake vodka was very appealing, so I snatched it up and proceeded to party.

There's really not too much to say about this, you're either going to love it or hate it, and the haters will probably be put off by the very thought of it. But I actually found this stuff to be quite nice. Basically, it's vodka that has a strawberry milkshake flavour, just like it says on the bottle. It's not quite as strong as your average vodka, at only 20% volume, but I found that helped the flavour come out a bit more, and certainly made for a spirit that can be drunk somewhat comfortably straight. The flavour is a little curious, it still has that distinct burn you get with vodka, but the sweetness does quite a lot to combat it, and the milkshake element is actually put in place pretty well, not tasting so creamy as to give the sickly sensation I was expecting. The juxtaposition isn't perfect though, and there was often a battle between the vodka and the milkshake for prominence. But this was certainly a lot better than I was expecting, it's a very interesting idea for a spirit that is pulled off quite nicely. I'll definitely be trying out the other flavours, especially if I can hunt down "fresh cut grass"...