It's our first day in Muscat, and we needed nappies, as we have a boy who does not have control of his bladder and didn't fancy filling a suitcase with Pampers. So it was off to the Muscat City Centre to obtain baby toiletries and noms. After a very cultural meal in the Gourmet Burger Kitchen, during which I spent a few minutes browsing for a bacon burger before remembering that pigs are unclean, we set off for Carrefour.

Of course, the cultural experience continued, as I was gunning for all the American foods I could find, as well as the essentials. 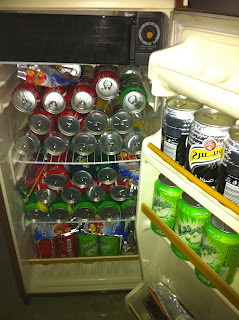 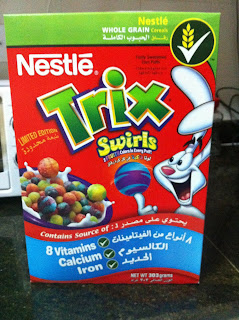 God bless America and the Middle Eastern countries that want their cereal. Trix are awesome fruity rice puffs. They don't even really taste of fruit, just flavoured sugar. But they are the bomb. They also had Golden Grahams, but since I can get them at home they don't feel as special anymore.
No matter, I was here for more important things. 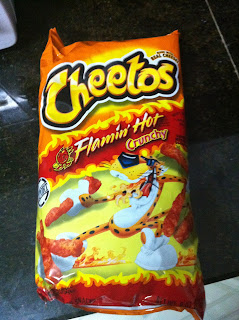 Sadly I did not get them. They had ordinary Cheetos, but it's the crunchy ones that give me a party in the mouth. Not these hot ones though, they're not so nice. But they'll do for now. I was on the lookout for Nerds too, but no dice. So, to console myself: 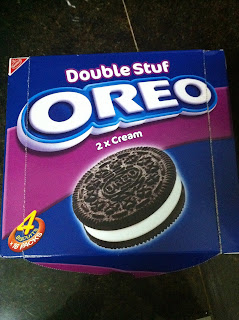 You can never have too much Stuf. Sadly I shall have to eat these secretly as my children converge on me whenever a pack opens. Even though they have a massive multipack of crisps to keep them occupied. 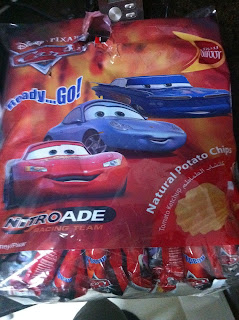 I know Cars has been a big hit on the merchandise front, but I wasn't aware Pixar were moving into the potato chip business. They taste good though, so it must be Pixar who made them as Pixar are perfect. But, I couldn't leave without anything remotely ethnic, so I went to the fresh sweet counter and picked up some Rahash. 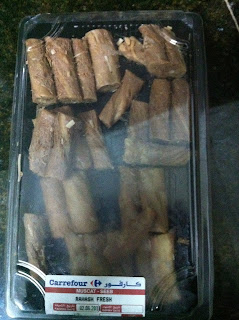 Never had it before. I was hoping for some Jalebi, but this will do. It's chocolate flavoured, I think just the normal flavouring would not be so great for me, but it's pretty good. I didn't wander too much into traditional food, that's better experienced through street food and restaurants. So onwards and upwards. Hopefully I can have Nerdier shopping trip next time.
My rating: 4/5
Posted by Dan Bishop at 12:27