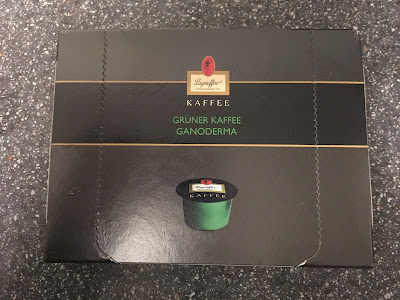 I'm back on the espresso, and this time I'm going to review the final variety of coffee capsule I received from Leysieffer Kaffee, and I've left the most interesting one until last. Now, I'm not fluent in German or anything, but I gathered that "Grüner Kaffee" meant "Green Coffee", especially with the nice hint in the form of the colour of the capsule. I wasn't quite sure what the "Ganoderma" bit was, but after a quick bit of research it turns out it's a mushroom. When the coffee beans are infused with the mushroom, it makes Ganoderma coffee. Simple, right? There are many sites touting the potential health benefits of this stuff, but I'm not too worried about that, let me tell you how it tastes. 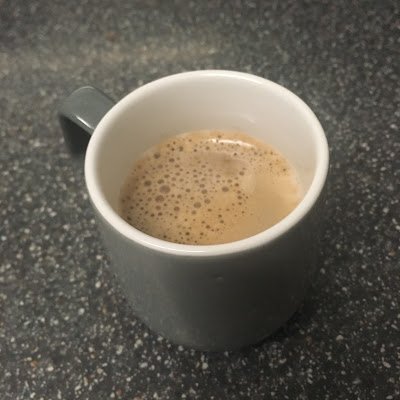 This is the creamiest espresso of the lot, and it's pretty damn tasty too. I can't quite put my finger on the flavour itself, I wouldn't say it's particularly mushroom-like. I may have been affected by the packaging, but I'd say it tastes green to me. It's a sweet but fresh kind of taste, and there's a certain milkiness to it that's accentuated by the frothiness and creaminess of the shot. This is definitely the nicest espresso I've had. It's not got the intense kick of a ristretto shot, but it tastes great and is maybe, potentially good for you too? Not that anything's been particularly proven, so take what you read with a pinch of salt. Still, if it makes you healthier while tasting good, there can't be much wrong with it. This is an espresso you should try out.