The popcorn revolution continues, and now even Walkers are getting in on the game. Sensations has been a pretty prevalent brand of crisps for a good few years now, touting its bold flavours with an element of sophistication. So what better name to put on some interesting varieties of popcorn? 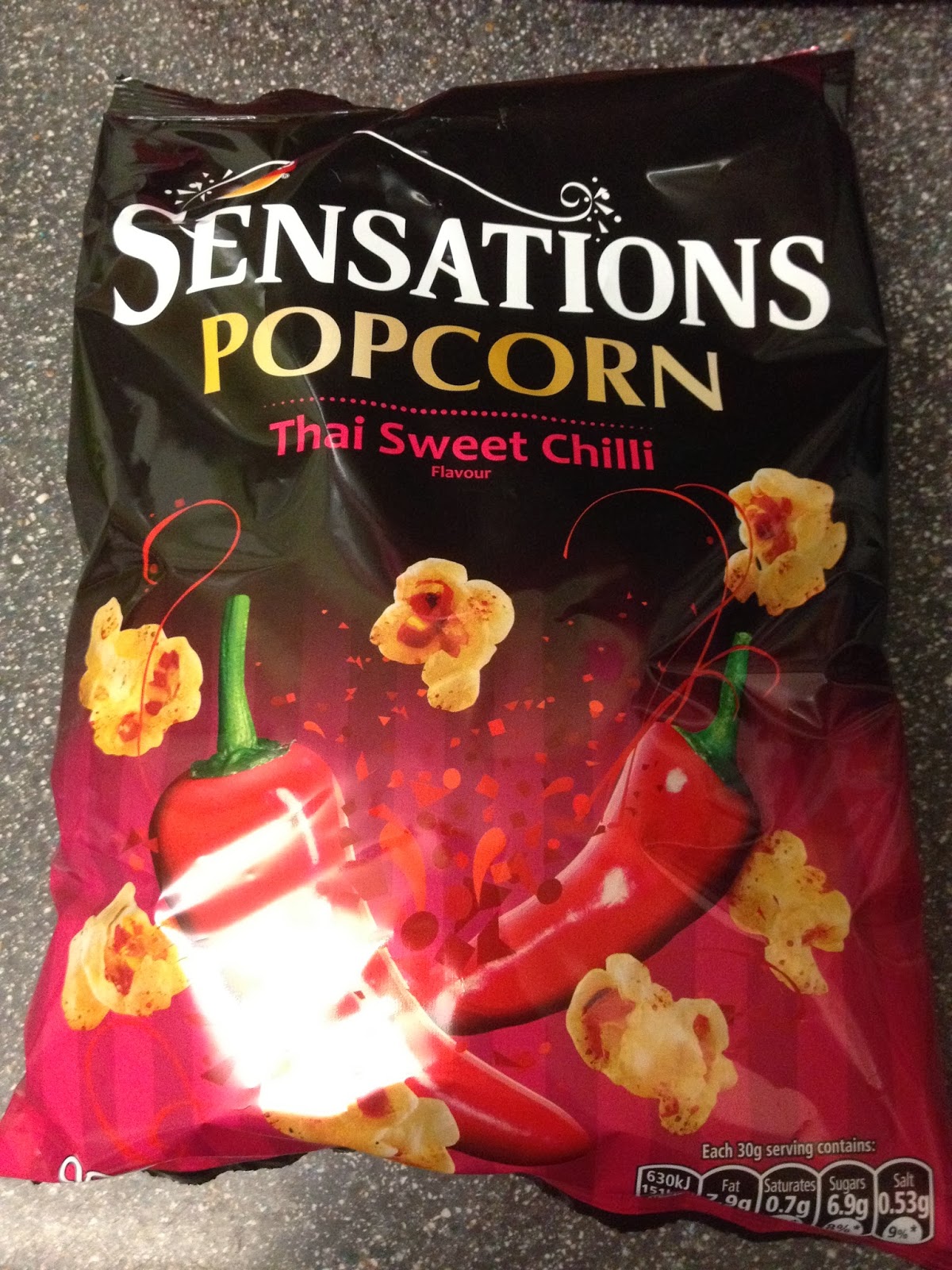 First I tried this thai sweet chilli popcorn, obviously based on the popular Sensations crisp flavour. I've had many savoury popcorn flavours now, and while some have had a nice spice to them, I can't say I'd had a dedicated chilli flavour before. Thankfully, this one works extremely well. The spice is bold, but not overwhelming, and works fantastically well with the soft, slightly crunchy popcorn kernels. This is a very flavoursome popcorn that is extremely moreish. 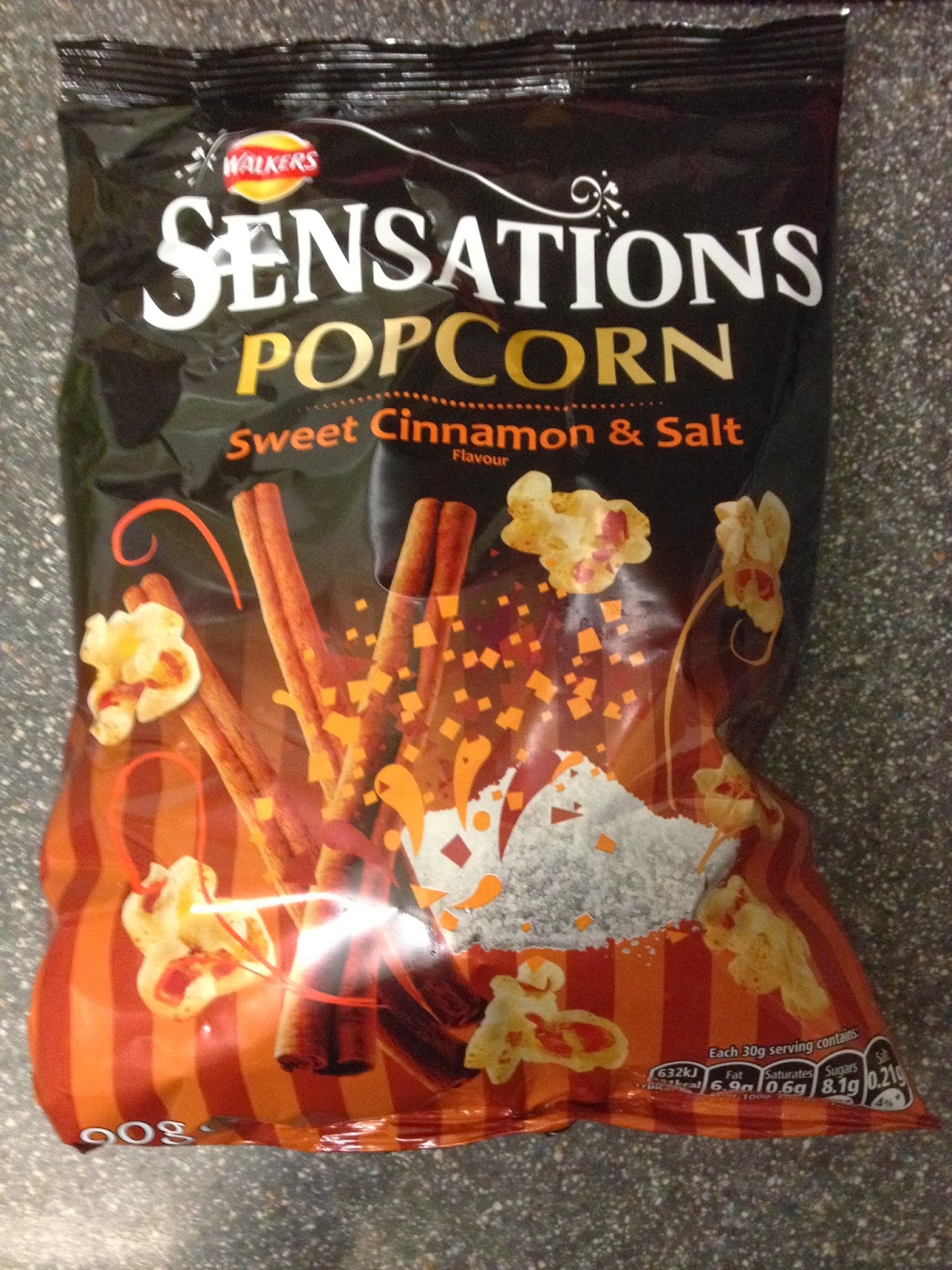 Walkers haven't just jumped onto the savoury flavour bandwagon though. Here is a sweet flavour with somewhat traditional roots, but with a twist. I've seen bags of salt and sweet popcorn combined popping up recently, but this flavour takes things one step further by throwing some cinnamon into the mix. You may have seen me mention before how cinnamon is one of my mortal food enemies, but in recent years I have grown to quite enjoy it in certain foods. However, I wasn't expecting to enjoy some popcorn loaded with the stuff. Thankfully, this flavour is also fantastically crafted. The cinnamon is certainly noticeable, but somewhat subdued by the saltiness. It's spicy, salty, sweet all in one, making for a fantastic original flavour.

So there you have it. If you're crazy for all this new popcorn lining the shelves, make sure you don't miss out on the Walkers Sensations. Even if you're not a fan of traditional popcorn, maybe these interesting flavours will change your mind. I know I certainly find them tasty, and I hope there are more varieties to come.