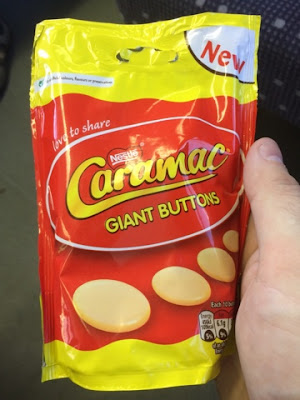 I know I've eaten Caramac bars in the past, but it's been a good long while since my last one. I remember them being quite nice, but clearly not enough to make my list of regular purchases. But now there's a new Caramac product in town, in the form of these giant buttons. Nestlé have already gone this route with their Yorkie bar, but the results were... less than satisfactory. But hey, these are Caramac, not regular chocolate, so I figured they were worth a go. 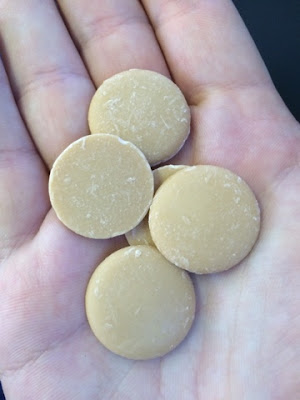 Yeah, they're pretty big. They're a little chalky, as you can probably see from the picture, but really these aren't bad. They have a definite creamy caramel flavour, and while it does get quite sickly after a fair few buttons, it holds up pretty well, even though these do suffer a little from not being chocolate. But hey, the Yorkie buttons are chocolate, and they certainly aren't great. I believe Caramac isn't nearly as popular as it should be, and these buttons have definitely made me want to go back and grab a bar or two. Nestlé could have easily made buttons out of any of chocolate products, but these make for a nice, different share bag that is worth picking up.