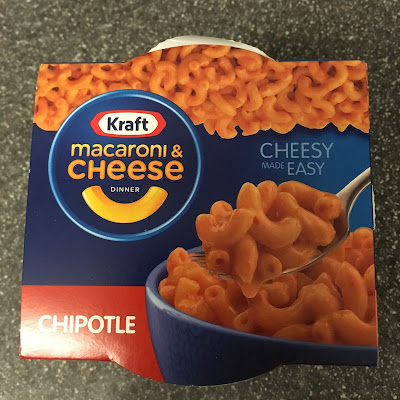 I tried out mac & cheese from the famous blue box a while back, and it was actually pretty delicious. I paid import prices on that one, but I was pretty pleased to find a selection of Kraft dinners in Asda nestled among the Pot Noodles. It's macaroni cheese that's pretty much ready to eat, it just needs to be nuked for two minutes. It also comes in a variety of flavours, so of course I went for the one that promised spice. 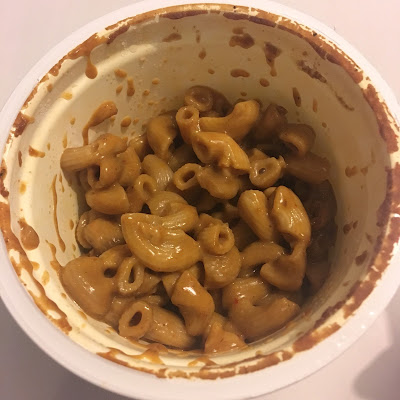 It doesn't look appetising, that's for sure, but don't let that disgusting brown colour fool you, this isn't actually too bad. It's not as good as brewing the stuff from the box, but it's a good quantity of soft macaroni, smothered in a fairly decent sauce. The chipotle is present in the form of a smokiness mixed in with the cheese, it's a very mellow heat, but it's present throughout, and the overall flavour is pretty good. I think I prefer the macaroni with more of a cheesy flavour, but this is a pretty good alternative. This isn't the best macaroni cheese, but it's good for a quick two minute blast in the microwave.