A Review A Valentine

I'm sorry I've been away again, I guess you deserve some kind of closure. I've loved our time together, we've had some great moments over the years. But things got too much and I had to take a break. I thought I could start again, rekindle that spark, but I ended up settling into my old ways. I wanted to give you something interesting and fresh, but I just ended up doing the same old thing, talking about food that tastes nice, or doesn't taste nice, which takes its toll on me, especially my wallet and waistline. So here it is, an ironic break up note on Valentine's Day. I loved it, but all good things must come to an end. Hopefully one day I'll start a new project, but until then, this is goodbye. 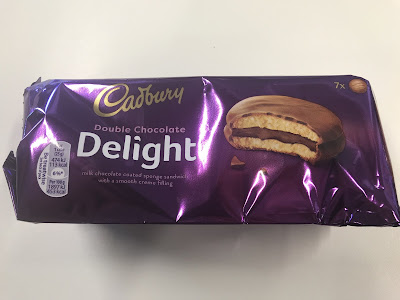 "Here we go again," I thought as I picked up the packet, "another dry, bland Cadbury cake to choke down for review's sake. But it turns out I was wrong, very wrong. These Delights are indeed delightful. While I was used to Cadbury sponges being disappointing, these ones are soft and pretty delicious. There's a nice little layer of chocolate sauce there too to add extra moistness and an awesome flavour. It's all wrapped up in chocolate too, so it's just a nice, sweet, soft, chocolatey little cake that just tastes great. I couldn't get enough, so I'll have to go and buy more. 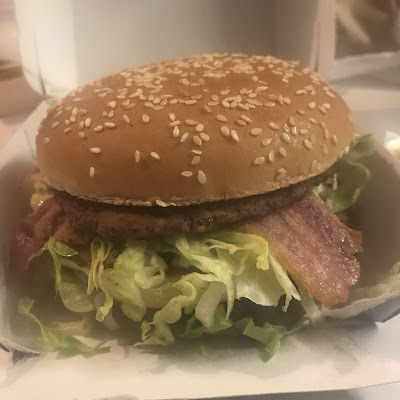 The Grand Big Mac is back, and this time you can get it with bacon. A pretty nice addition, but one they feel needs to be accompanied by one of the stupidest hashtag campaigns I’ve seen in a while. Basically, McDonald’s are trying to create a debate over whether the addition of two slices of bacon to a Big Mac somehow makes it no longer a Big Mac. There’s even a TV as where people give stupid reasons as to why it can no longer be classified as a Big Mac. But it’s a Big Mac, it’s called a Big Mac. You don’t put bacon in between two slices of bread and wonder whether you can still call it a sandwich.

But enough of that, does it taste good? Well, yes, it’s a Big Mac with bacon. The bacon is of a decent quality, slightly smoked and sufficiently meaty. I did get an overall taste similar to that classic BK bacon double cheeseburger at first, but then the Big Mac sauce kicked in and it was a pretty great experience. The beef, the pickles, the sauce and the bacon, all working in harmony. It’s good to see the Grand Big Mac back, and bacon just makes everything better. It’s definitely still a Big Mac. 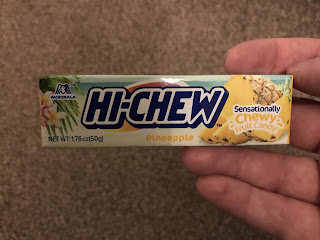 I found these in the Co-Op, a little pack of sweets that promised to be “sensationally chewy”, and one that was exclusively pineapple flavoured as well. That really got my interest, normally they just lump all the tropical fruits together. So I had to check these out, thinking they’d be like those super chewy Japanese sweets.

These are certainly very chewy, treading that fine line between edible sweet and bubble gum. I would say the chewing goes on slightly too long, I was beginning to question whether I should swallow it or not. As for the flavour, it’s alright. Definitely pineapple-like, but it gets worse as it goes on, and since I was still chewing after a while the flavour had faded quite a bit. This is a decent enough attempt at a pineapple flavoured sweet, but it’s just a bit too chewy and the taste isn’t quite good for long enough. I’ll have to try out the more regular strawberry ones. 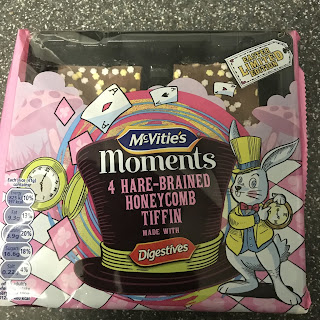 McVitie’s have brought out a few of these Moments cake bites lately, and now they’ve introduced a couple of Easter flavours. Here we have honeycomb Ruffin, which doesn’t seem specifically Easter-themed but I guess invokes images of spring time. These consist of Digestive biscuits mixed with honeycomb, covered in chocolate and flower shaped sprinkles.

I’ve gotta say, I’m not a big fan. These are really quite dry. The chocolate on top is a nice touch. But the biscuit part is just quite bland. The honeycomb isn’t quite plentiful enough to add a lot to the flavour, and the Digestives steal the show to make it a pretty dry, stodgy experience. Even adding some raisins would have made this better, but as it is they’re definitely not worth the entry price. Not a patch on the other Moments varieties. 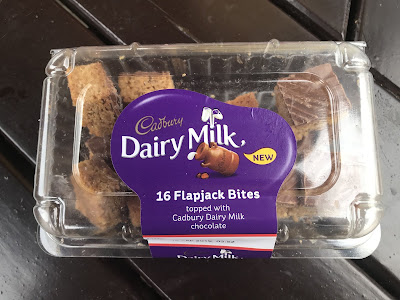 After being pleasantly surprised by the Cadbury take on the classic cornflake cake, I had to go back and try out some of their other bakery boxes. Here we have their attempt at flapjacks, some compacted oaty squares with a liberal covering of chocolate.

These ones are good. Really good. There's the danger when eating a flapjack that they'll go overboard with the butter or syrup, making the whole thing a squidgy, overly sweet mess. These flapjacks, however, have a great texture with a lovely oaty flavour. The chocolate on top is nice and thick, and lends a nice creaminess to the whole thing to balance it all out, there's no excess of butter needed when you've got a lovely bit of chocolate on top. A great box of flapjacks, I'll definitely be picking these up again. 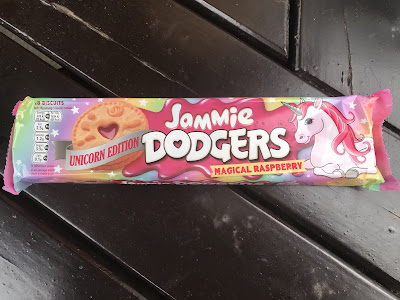