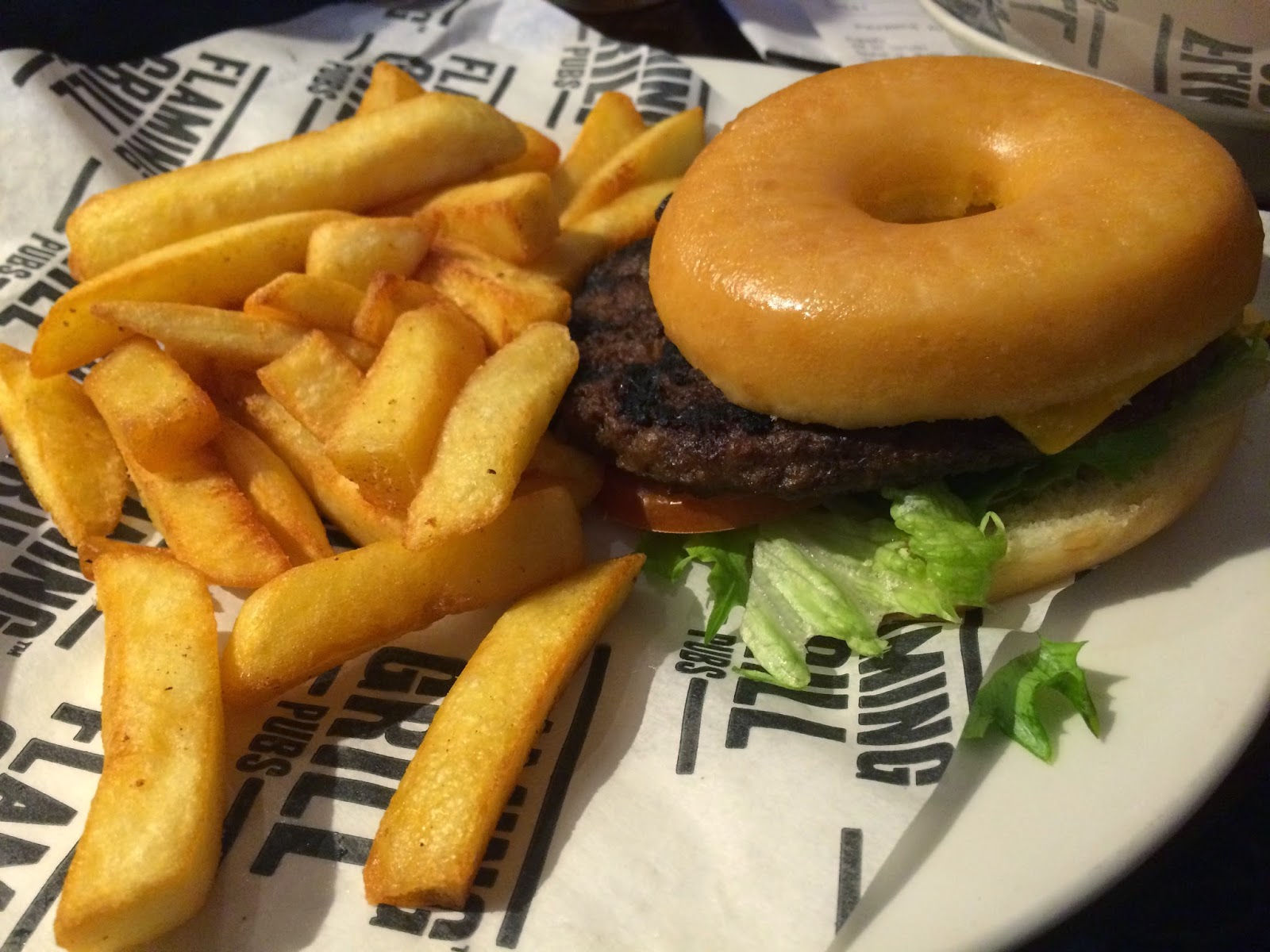 Donuts are a big deal right now, whether they're being cross-bred with muffins and croissants or given savoury crisp flavours. But surely they're still not living up to their potential. What other uses could we have for these doughy, ringed delights? Why, we could put some meat in the middle of course.

Yes, Flaming Grill Pubs have a new menu, and the weirdest new entry is the Donut Burger, a beef patty with cheese and salad, placed in the middle of a sliced, sugar glazed donut. A good way of having your main and dessert at once, or an unimaginable horror? The company I was with went with the latter, but my hopes were high. When it arrived, I was a little disheartened to find that the bottom half of the donut had somewhat disintegrated, I guess because donuts weren't originally made to hold juicy beef patties. But I tucked in, and was quite surprised by the taste. The patties seem to be an improvement on ones from previous menus, wandering into the realm of a Burger King burger in terms of texture and juiciness. The cheese and salad are pretty standard, there's enough to add some flavour, but it's never overwhelming. But the donut is quite the odd addition. It's certainly a sugar glazed donut, light, fluffy and very sweet, and it actually works with the meat pretty well. Sweet and savoury work together to create a very interesting mouthful, although the sweetness does win out a little too much by the end. I wouldn't say it's better than the standard bread bun, but it's a bold idea that actually works despite the odds.