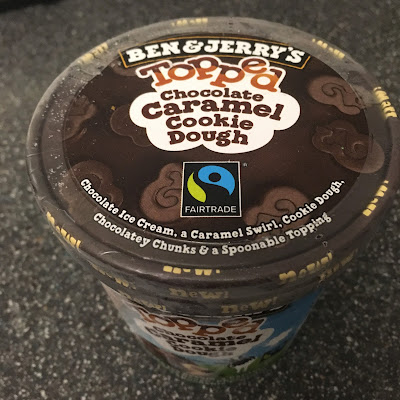 I've been after these Topped Ben & Jerry's flavours for a while now, but I finally managed to track this down in Morrisons. Basically, it's Ben & Jerry's ice cream, but with a topping. It didn't immediately strike me as a revolutionary ice cream idea, but hey, we've had the Core, so why not put something different on top? This one is a chocolate ice cream, embedded with cookie dough, chocolate chunks and a caramel swirl, and finished off with a chocolate topping. 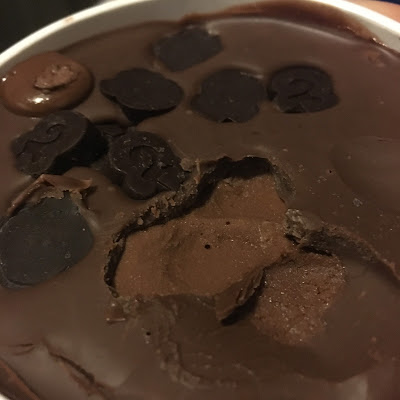 You know, I wasn't sold on the topping idea, but I have to say, it's fantastic. It's a thick, chocolatey, almost ganache like coating, but it's not sickly. I actually found myself spooning the ice cream out from underneath it so I could save the top for last. Not that the ice cream is bad, not at all, it's a chocolate masterpiece. The ice cream itself is nice and creamy, and complemented nicely with the caramel flavour swirled throughout. The chocolate pieces embedded throughout are great too, the same satisfying chunks you'd find in other flavours like Phish Food. There's the cookie dough in there as well, of course, which gives a nice gritty texture and cookie flavour that takes the edge off what could have been a chocolate overload. This is a damn ice cream, I'm sorry I didn't have faith that good ol' Ben & Jerry could deliver, this topped tub is well worth picking up.