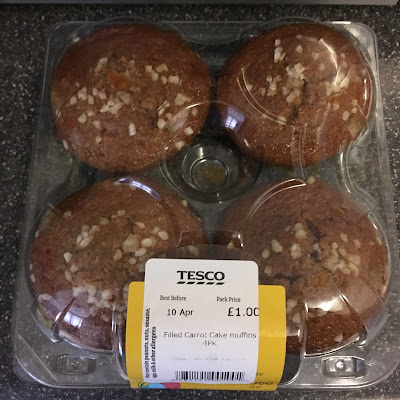 It's nice to see which seasonal offerings Tesco provide throughout the year, although some aren't so great, there are a few that have been pretty good. This Easter sees these carrot cake muffins hitting the shelves, they have a cream cheese-like filling too, so it promised all the goodness of a carrot cake in a portable, easily edible form. 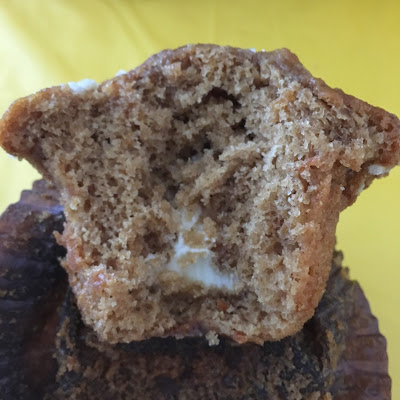 Oh dear, that's not a good start. Look at the filling, there's not much there. Not that it's particularly great filling, but it does have something of a cream cheese flavour. It's a bit gritty and thick though, and tastes slightly artificial, but at least it goes some way to providing a bit of sweetness and moisture to the muffin, which itself is pretty disappointing. Again, there's a definite carrot flavour in there, but the sponge is quite dense and sickly, and there's just not enough flavour packed into there to make it good. There are some spices chucked in, hints of cinnamon and ginger, but it's a bit much and it ends up compromising the taste. There seems to be a fair amount of spice concentrated into the sugar pieces on top, which gives little bursts of intense flavour, while the rest of the muffin has little going for it. This is not a good effort at combining muffin and carrot cake, it's an imbalanced, under-filled stodgy sponge. Some alright stuff in there, but very little.