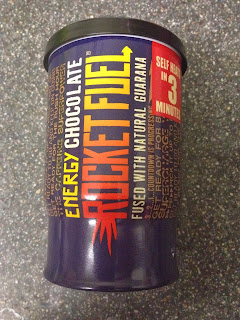 Yes, it's the same concept, the same can, but with hot chocolate instead of coffee. Well, according to the can, it's "Energy Chocolate", because it's infused with guarana. In essence though, it's just hot chocolate, and it's a pretty nice one. The heating process is easily started, as with the coffee version, and within minutes that drink is at a perfect drinking temperature. The hot chocolate is milky, smooth, just plain nice, and since it's already pre-mixed there's no nasty bitterness. I can't say I got much of an energy kick out of drinking it, but it's certainly nice, and I prefer it to the coffee. Give it a go.