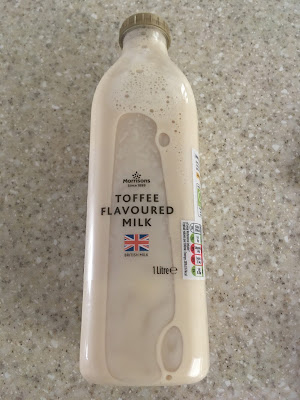 Here's a quick review of a bottle of flavoured milk I picked up today. I've tried the generic flavours of Morrisons milk, and while I'm sure the toffee variety has been around for a while, this is the first time I've grabbed it. This basically consists of 95% milk, sugar and flavourings, and with that in mind it's fairly decent. The flavour isn't too sweet or overwhelming, it's a subtle, smooth toffee flavour that works well with the milk and makes for a refreshing drink that still seems pretty healthy. It could perhaps do with a bit more flavour in places, but that would be at the risk of it becoming too sickly, so I guess they're on the right side of the spectrum. A very decent attempt at a toffee milk though, I wouldn't mind getting this again.