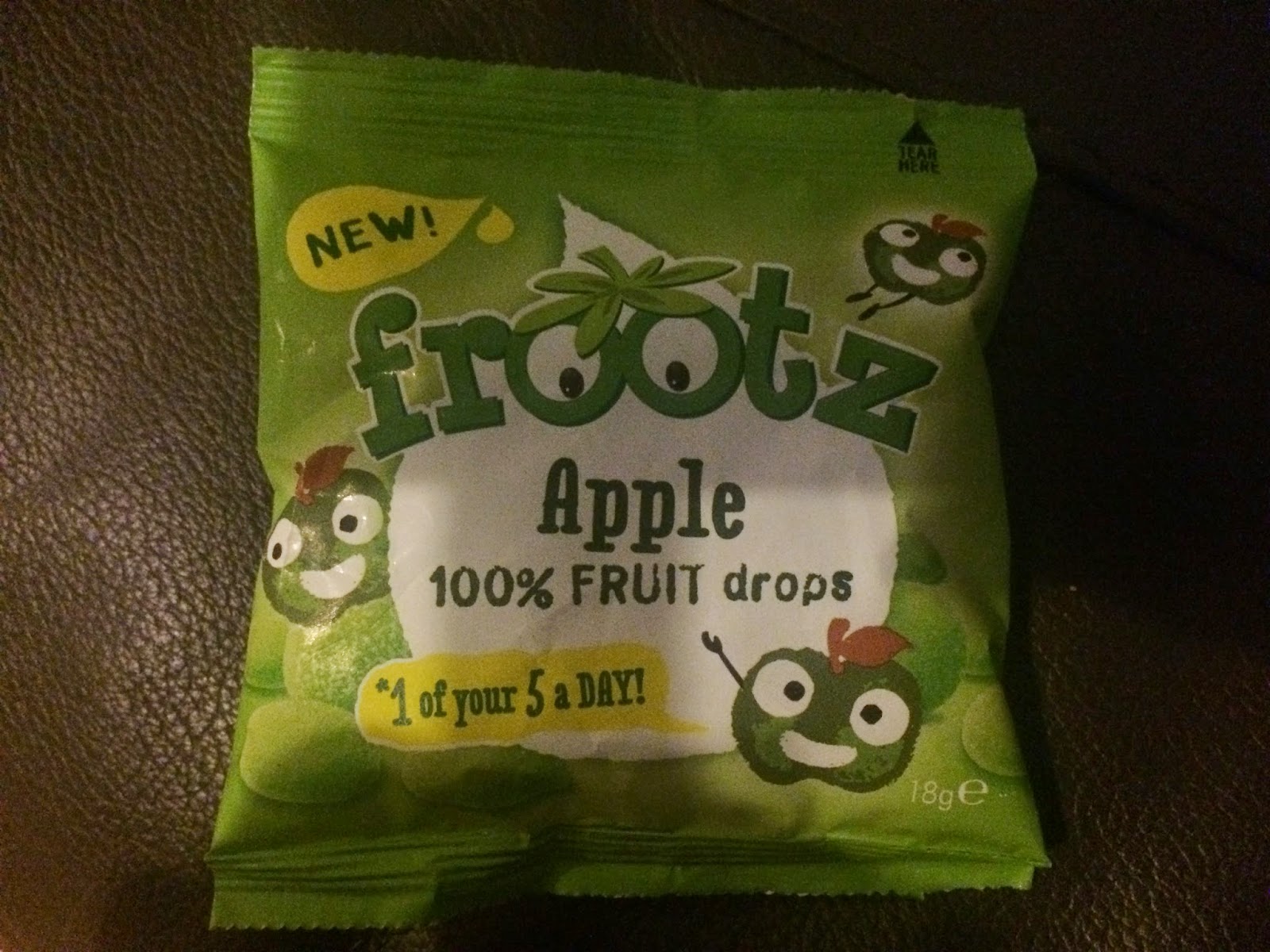 Feeling a little hungry, I decided to go for a light snack, and what better way to satisfy my mild hunger than by pilfering one of the kids' lunchbox snacks? So into the drawer I dove, opting for this pack of fruit drops. I've tried some of the more reputable brands that we've bought, such as Fruit Bowl and Bear Nibbles, but these were more of a budget purchase, and I felt I should know what I was putting into my kids' mouths. 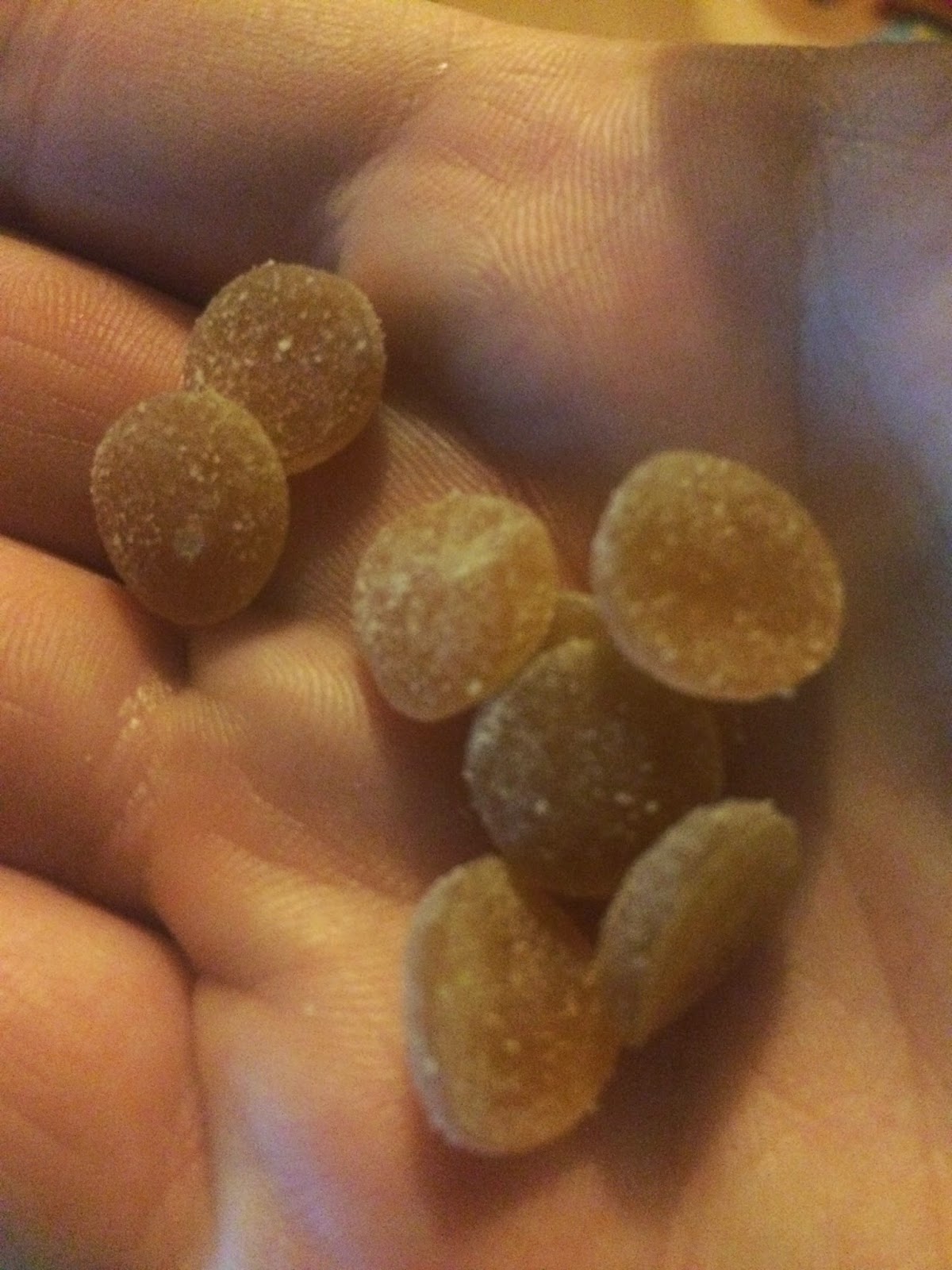 Well, they certainly don't look like 100% apple. But you see, that's some clever wording up there. These drops are merely apple flavoured, the packet states that these are 100% fruit. So while they certainly contain apple purée and juice, there's a lot of other plant based stuff thrown in, such as banana flakes, and pectin and lemon juice for a gelling agent. Obviously this stuff is needed in order to create individual drops, so I won't discount these too much based on that, in fact I think it's quite nice that every ingredient is derived from fruit. But that doesn't mean these are all that good. They say they're apple flavoured, but I certainly tasted a strong hint of banana in these, I guess those flakes are hard at work. Sure, there's also an apple taste, but the two vie for my attention, and it's a clash that didn't work well on my tastebuds.

The texture of the drops is okay, not as slimy as I was expecting, and for the small amount you get in the packet they were quite filling. They just don't taste too great. Fruity, sure, but not the kind of fruit I was expecting. So while the kids may like them, these won't be gracing my lunchbox in the future.