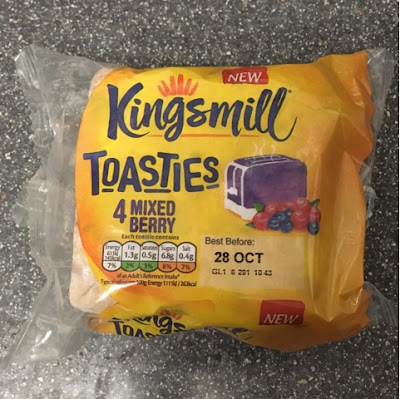 Breakfast is a good time for baked goods. There's the classic toast, the bagel, the waffle, even the English muffin. But apparently there aren't enough options, because Kingsmill have brought out a range of "Toasties", flavoured bread products designed for chucking in the toaster during the morning rush. I've just read the press release on these, which says this release will remind people that bakery items at breakfast "can be both exciting and delicious" Toasties come in mixed berry, cinnamon & raisin and honey, oat and red berry. 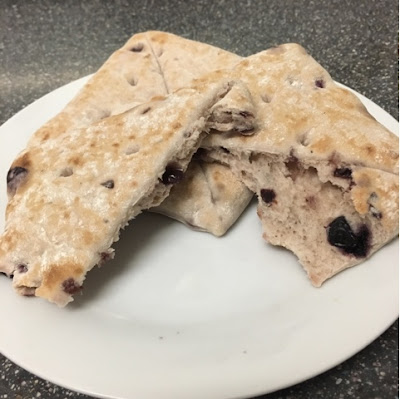 Wow, I'm excited. Well, actually, I was a little, to be fair. Bread is a bit of a soft spot for me, especially toasted. These Toasties are comprised of a soft dough, with a fairly generous amount of berries scattered throughout. Basically, you just pop it in the toaster and eat it, which is great for when you're in a rush. The only thing is, the dough isn't fantastic. It's nice and soft, but even with the berries throughout it does become a bit dry. I don't know if you're meant to apply butter, but I couldn't see anywhere to do so that wouldn't result in me getting covered in butter when I ate it. It's also a bit bland. There are a fair amount of berries in here, but they're not exactly bursting with juice. They provide some respite from the pure dough, just not enough. Still, they taste alright, the softness of the dough is nice, it's just they end up being a little stodgy. These things aren't going to revolutionise breakfast, they're just an average alternative.