So, it's about 500 years until Easter, so of course the shops are filled with Easter eggs. Some are cheap, some are massively expensive. But all are chocolate. There's something about Easter eggs that make them tastier than normal chocolate. I guess it's the small time frame in which they are available. Perhaps the curve of the egg unlocks the flavour in a unique way. But however much I love Easter egg chocolate, there's one trend that has emerged in recent years that I just can't tolerate. 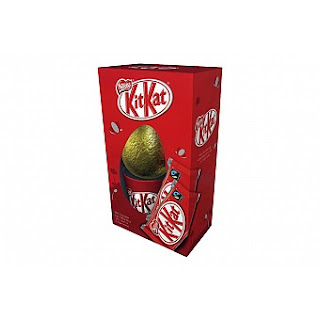 What the hell is that? A mug? Why is it taking up valuable chocolate space? How is it relevant to anything? Easter is about chocolate, and also I guess about Jesus waking up from a coma or something. But I tell you what Jesus didn't do when he got up, and that is ask for a cup of coffee. The egg is a symbol of ressurection, they made it chocolate 'cause chocolate is awesome, but at which point did someone think "You know what these eggs are missing? A receptacle for hot beverages"? 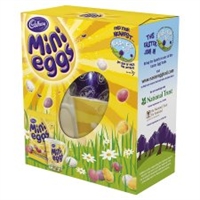 Look at this madness. Over half the packaging taken up by ceramic. I can't eat that shit. Is this just some kind of filler to stop the people of the world eating so much chocolate? Sounds like it's some kind of way to piss everyone in the world off. You know who likes mugs? Someone who drinks tea, coffee and the like. You know what those people already have? Mugs. Of their own choosing. Probably specifically chosen to complement the decor of their kitchen. Or ones from their children saying how awesome of a parent they are. A mug touting the name of their favourite brand of chocolate probably isn't in fitting with their collection. 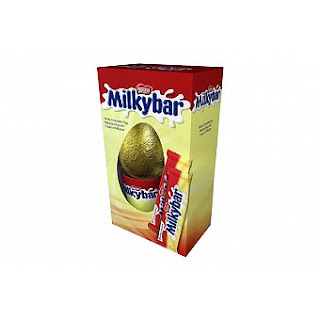 Milkybars are for kids, primarily. I never drank from a mug as a kid, and I wouldn't trust my kids with a mug at the moment. Especially an Easter egg mug, they'd probably hurl it at the floor because they got a mug instead of the chocolate they wanted. It wouldn't be so bad if it was just one brand of Easter egg with a mug that i'd seen. I still wouldn't understand it, but I could forgive it. But there are so many of these damn things. Why? WHY?! 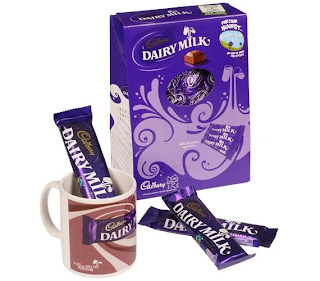 Just look at that. What an ugly mug. You know who buys this? A mug. If I got that for Easter, I'd feel mugged off. I've run out of mug puns.
My rating: