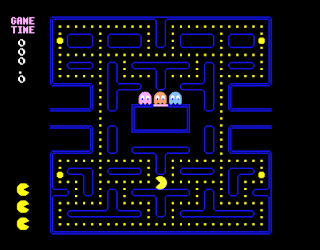 Ah, it's just a normal game of Pacman... 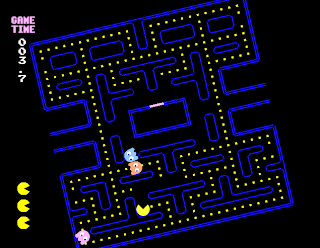 Holy crap, no it's not! Yes, indeed, it's Not Pacman. From the people who brought you Portal/Super Mario Bros. mashup Mari0 and the awkward physics based Not Tetris, comes an awkward physics based Pacman. It's like a normal game of Pacman really, the aim is to eat all the pelletsand avoid the ghosts. But the way it's controlled is completely new. You rotate the maze with your mouse and Pacman and co. tumble around falling down every possible avenue. 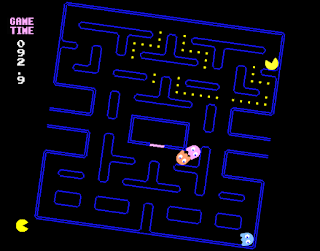 It really changes the way you play the game, in that the ghosts don't come after you, you are the one who is sending them rolling to your possible demise. The big power pellets still let you eat the bad guys up, but it's now a choice of whether you'll be able to manoeuvre yourself into them in time. The whole physics element really brings a brand new challenge, and while your preconceptions about how to play Pacman are in place you're probably not going to do too well. Still, the music, visuals and sound effects remain intact, so it really feels like you're transcending to a new Paclevel. Not Pacman is an interesting take on a classic that has produced a simple, effective, fun to play game.