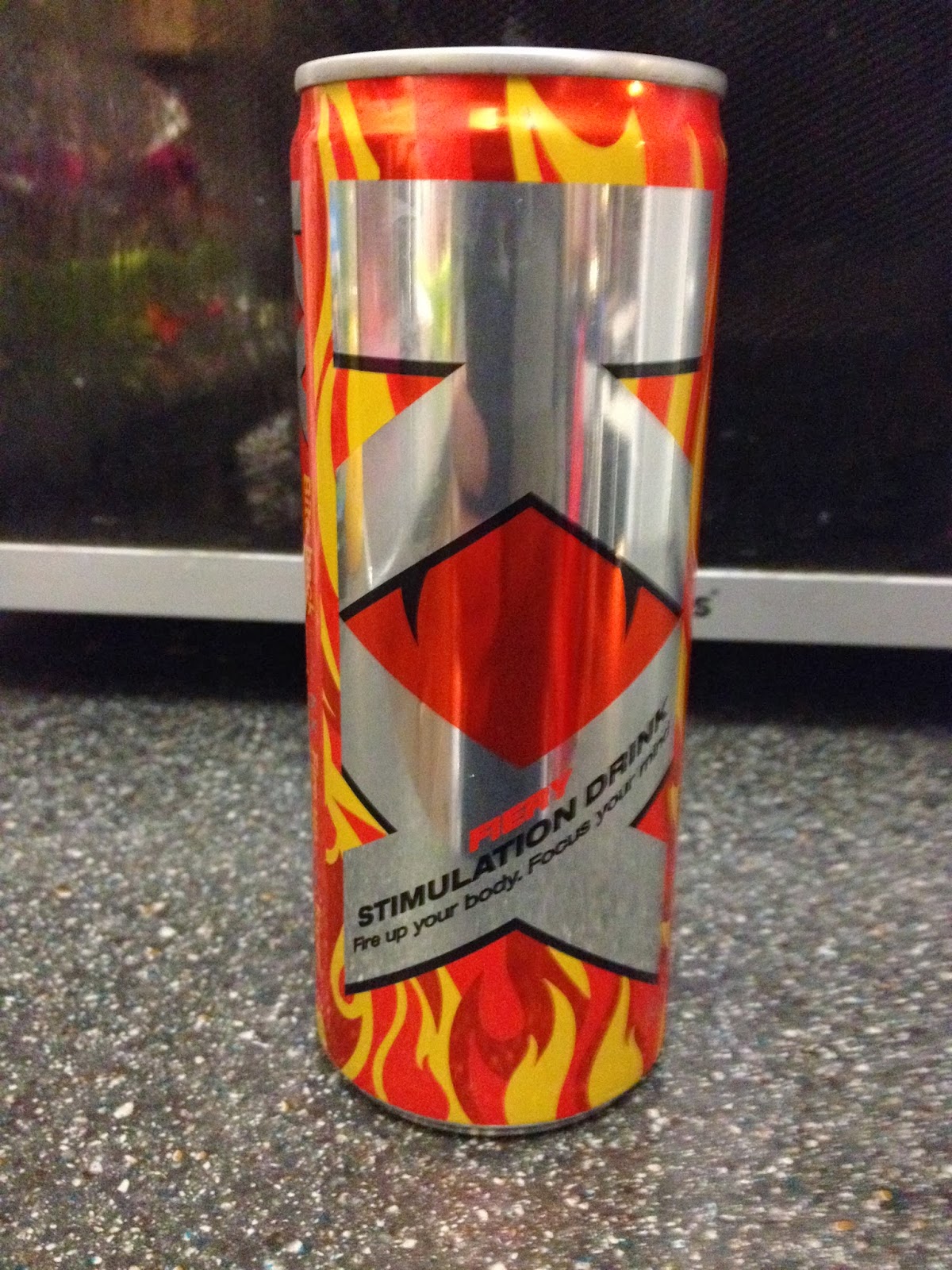 It's been a while since I've tried a new energy drink, in fact it doesn't seem like anything interesting has been released in a while. Normally it's just another fruit doused in taurine and caffeine, but today I found something I've never seen before. This is the new variety of Tesco KX, a ginger flavoured energy drink.

I have a strange relationship with ginger. I never enjoy it much when I eat it (or drink it), but every so often I have a craving for it. I've dabbled in ginger beer on several occasions over the last couple of years, but I always find it much too fiery for my liking. If I wanted to burn my throat I would have just downed vodka or hot sauce. So I wasn't expecting much from this little can apart from being utterly unrefreshed and immediately seeking another drink to take away the burn.

However, I must say that this drink is pretty damn nice. I can't personally in good conscience give it full marks, because it's still fiery and that's not really my bag, but it's a much more subdued flavour than any other ginger beers I've had in the past. It's a nicely spicy tinge, and the energy drink side really does kick in to take the edge off. It's perfectly drinkable, and I dare say it was actually quite refreshing despite its fiery nature. I certainly wouldn't choose it again over the more traditional fruity energy drinks, but if you're crazy for ginger beer, and require chemical intervention to keep yourself alert, this is the perfect drink for you.