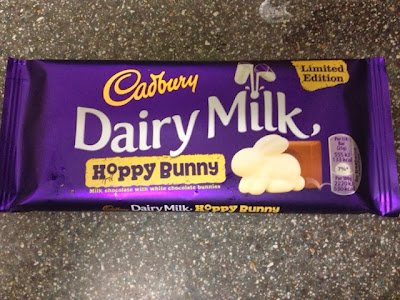 Easter is a fantastic time for companies to cash in on as many chocolate varieties as they can possibly push onto the shelves, and it seems Cadbury are really going for it this year. They have an abundance of new Creme Egg goodies, and now there's a new Dairy Milk bar thrown into the mix too. Well, I say new, but it does look surprisingly similar in concept to the Winter Wonderland bar they released but a few months ago for Christmas. 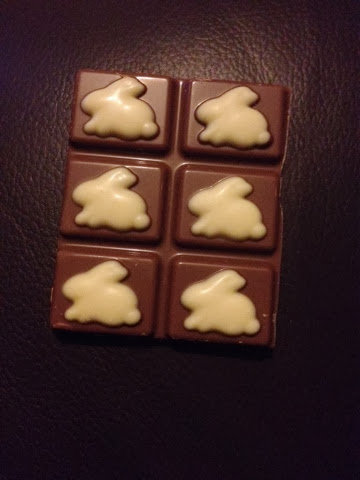 Indeed, it is the same idea, although instead of the interlocking milk and white Christmas trees (well, I say white, more like white coated), we have what is pretty much a standard Dairy Milk bar with little white chocolate bunnies on top. That's pretty much all there is to this bar, it's nothing special, just a seasonal rehash of something they tried last year. It's certainly a very nice bar, but we all know Dairy Milk is nice, and anyone who's had Winter Wonderland knows what to expect here. Points for tastiness, but again, the white chocolate is only superficial, so it's not all that special. Now, if they were to bring out a Dairy Milk bar with Creme Egg or Mini Egg chunks inside, that would be a little more interesting...