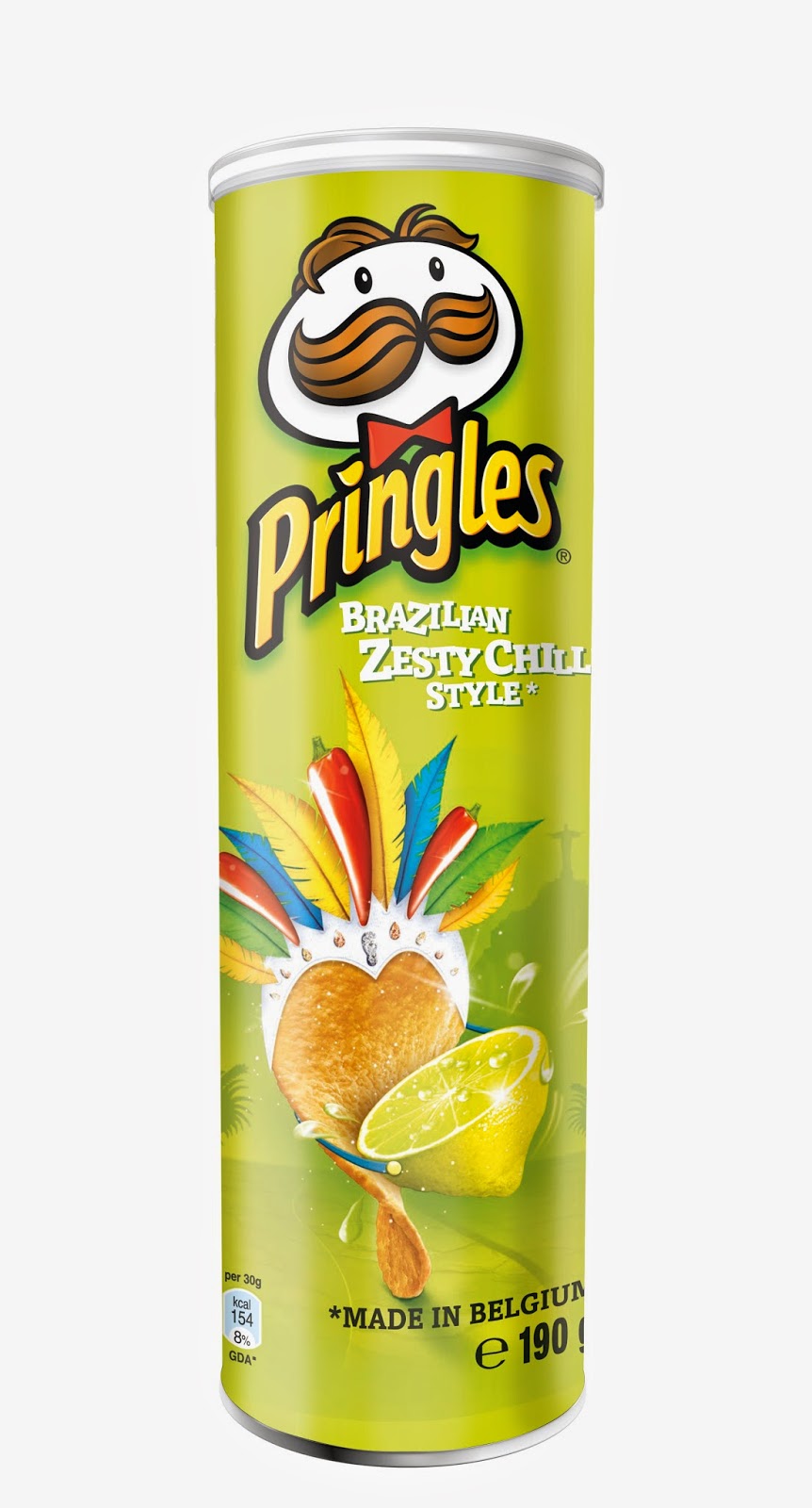 I'm a sucker for Pringles, so when I was offered the chance to review their new World Cup inspired flavour, I certainly couldn't say no. Thankfully I was also provided with this nice pack shot, as my can turned up with a dent in the side. Apparently Royal Mail are getting into the football spirit a bit early. But hey, most of the Pringles were intact, so it was time to dive in.

These limited edition Pringles are Brazilian Zesty Chilli Style, and they say "style" because these are made in Belgium, not Brazil. But I'm not here for a geography lesson, I'm here for flavour, and thankfully these crisps have a lot of that. When they say "zesty" they're not messing around, these Pringles have a very bold and tangy lime flavour. Most crisps settle for just a hint of lime, but these go all out, and it was actually a pleasant, tasty surprise, although just a little overwhelming. I was also looking forward to the combination of zest and chilli, and while there certainly is a spicy undertone, it's definitely overwhelmed by the lime. This is still a great, tasty flavour, but if there were more of a balance between the different elements I may well be announcing my new favourite flavour of Pringles. But these are definitely near the top.

Brazilian Zesty Chilli Style Pringles are available exclusively in Asda from June, but they won't be around for long, so grab a can while you can.