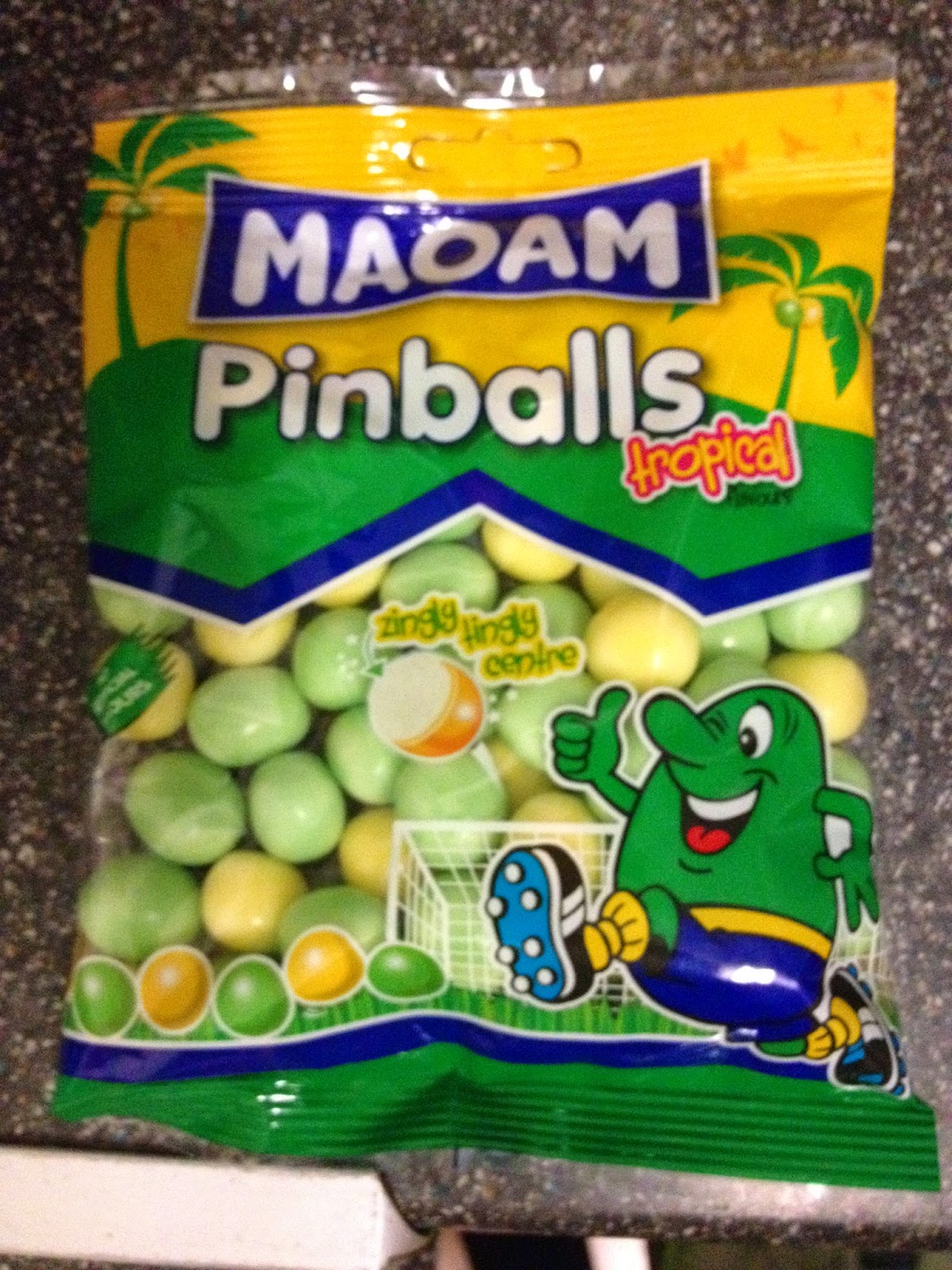 I couldn't care less about the football, but at least there are plenty of Brazil themed treats being brought out for me to try. Here we have some tropical Pinballs, which are like your regular Maoam Pinballs, but only in two colours, which correspond to the Brazilian flag. The green ones are lime, and the yellow are pineapple, which certainly sounded interesting. But are they a patch on the original?

Well, the lime ones are pretty nice. They're zesty and flavoursome, and pretty sweet despite their tartness. They may not be as nice as the pink and red original Pinballs, but they're definitely tasty. As for the pineapple ones? Well, they actually taste just like Lilt. There's definitely a hint of pineapple in there, but there's also quite a sour element to it that I just didn't like. I easily gave the yellow Pinballs a miss and aimed straight for the green ones. But really, what else could I do? The problem with this pack is that there's so little variety compared to the regular one, and since I don't like 50% of the sweets it's not really my cup of tea. These Pinballs are a nice idea to celebrate the World Cup, but they're not a patch on the original.