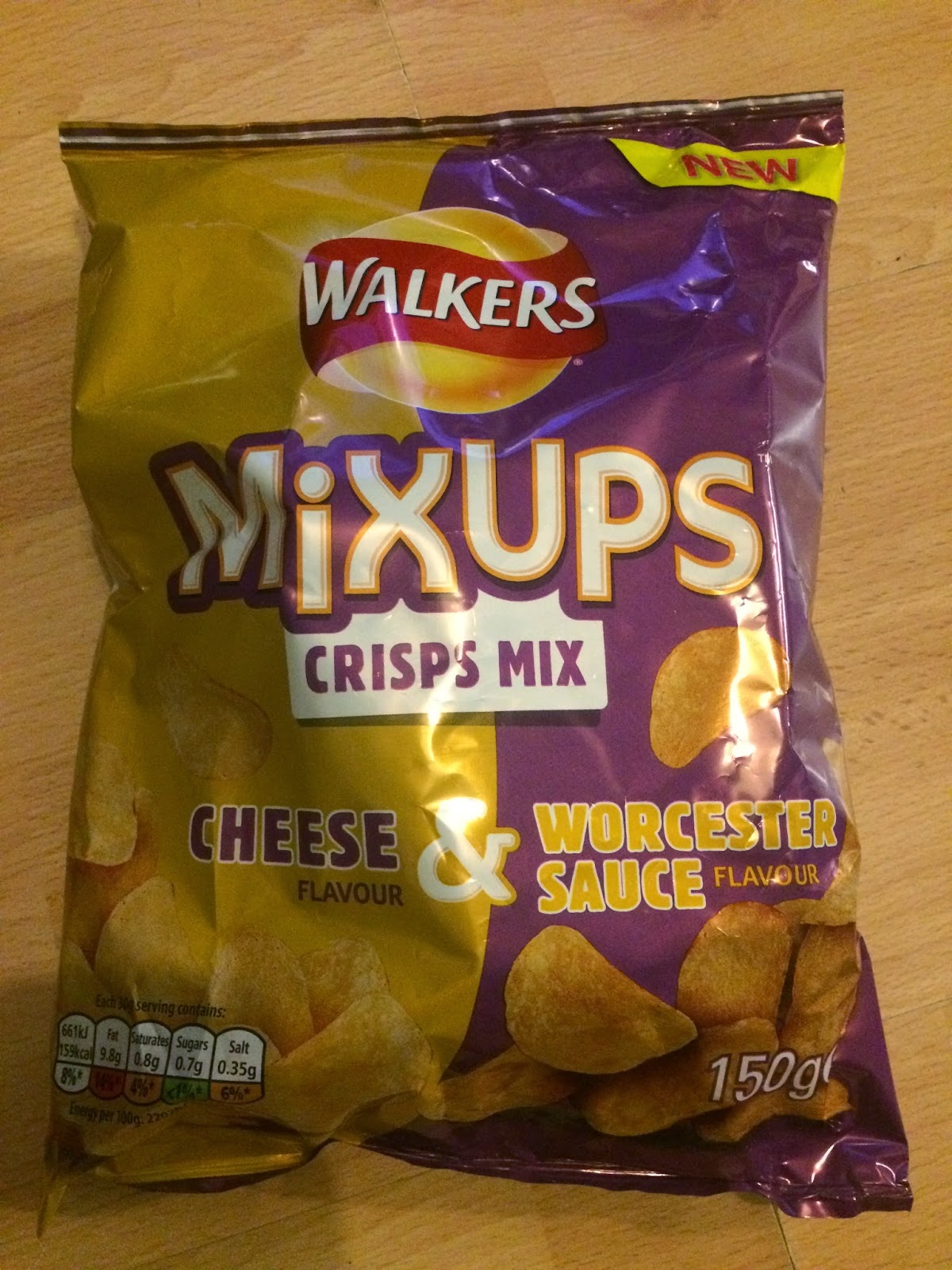 Yeah, I went back and got some more Mixups. I picked up quite a few varieties to try out, but this is perhaps the one that most interested me. It's a mixture of worcester sauce and cheese flavoured crisps in one bag. I've always been a fan of the worcester sauce Walkers, so I knew I'd love that half. As for the cheese? I wasn't too convinced. I've never liked cheese and onion, but perhaps the lack of onion would have a more favourable effect on me. The real question was whether these two would work in combination. I guess the inspiration comes from the classic combo of Lea & Perrins and cheese on toast, but will these measure up?

Well, the worcester sauce crisps are as good as always, bold and delicious with a distinct saucy flavour. The cheese ones are actually better than I thought they'd be, a smooth taste that doesn't overwhelm, and the lack of onion makes them a lot better in my eyes. They don't give me the feeling that my breath will stink after eating them. However, despite having a nice flavour, the cheese crisps aren't all that strong, so while eating them on their own is nice, they're a little drowned out if you grab a handful of crisps, resulting in a predominantly worcester sauce experience. Not that that's a bad thing, but the two flavours are meant to complement each other. There are hints of cheesiness that break through the sauce, and I certainly enjoyed making my way through the pack, but the balance could have been a lot better. These Mixups are worth a try though.