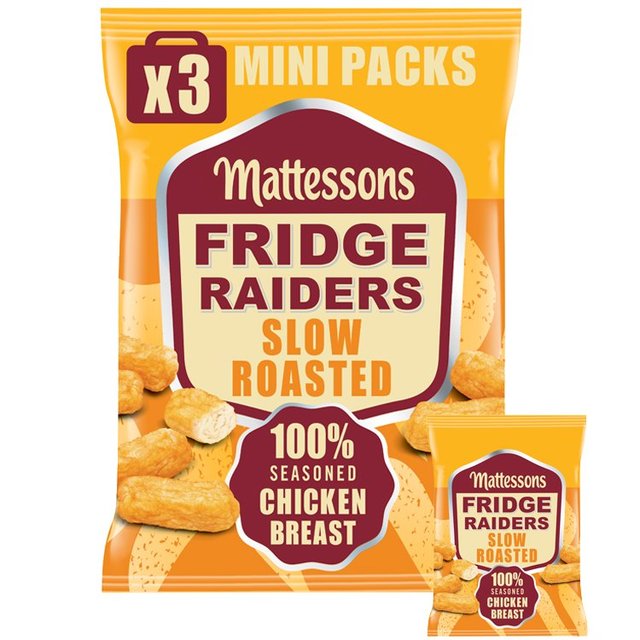 I picked up a multi pack of Fridge Raiders the other day, because they were on offer and it's been a while since I had some. After eating a few packs, it's become apparent to me why it's been a while. 100% chicken breast, they say, but in fact these are 91% chicken breast, with the other 9% made up of the flavourings, starch and rusk that make up the seasoning. I guess it's a seasoning that increases the longevity of the chicken pieces, because these are still good for two weeks.

I'm not sure how processed the chicken itself is either, but it's a little on the watery, chewy side. I mean, as processed meat snacks go, these aren't awful, they do at least taste like chicken. While there's some dubious stuff in the seasoning, it adds something of a roast taste, but it's pretty overwhelming and not exactly the tastiest. So yeah, I'm not sure I'll spring for a pack of these again. Not the best quality chicken in here.