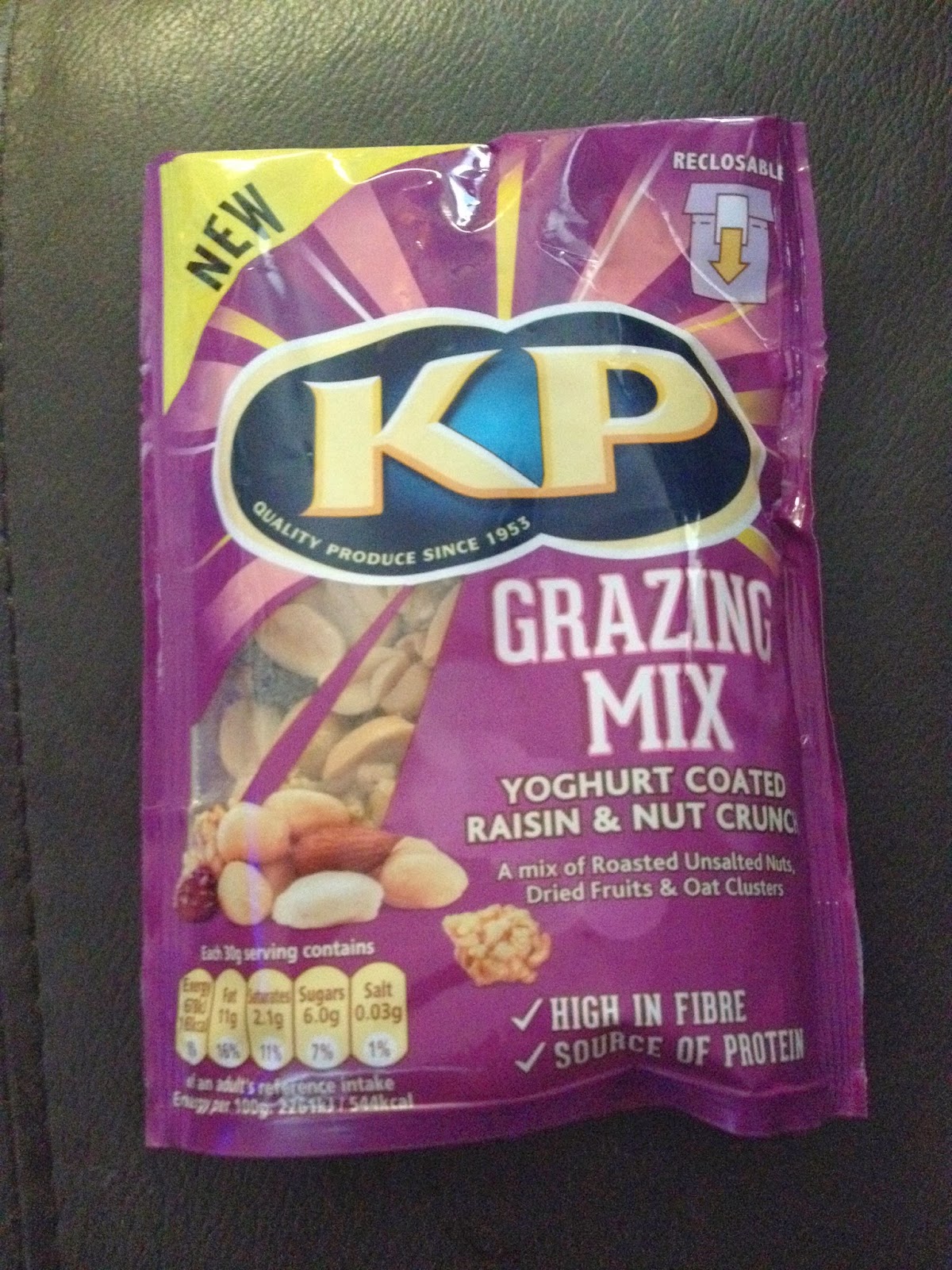 I reviewed Penn State's trail mix in the middle of last year, and found that it was a fantastic mix of fruit, nuts and chocolate. I've picked up a few more bags since then, but today I found that KP have released their own trail mix, called Grazing Mix for some reason. Are they implying that I'm a farm animal? Anyway, these bags come in three flavours, featuring triple nuts, red berry, and this variety, the yoghurt coated raisin, which I chose because I like yoghurt coated raisins, obviously.

Inside this somewhat sizeable bag was a mixture of unsalted peanuts and almonds, yoghurt coated raisins, and oat clusters. I love oat clusters, so I was hoping this would be as delicious, if not better than the Penn State trail mix. Unfortunately this wasn't the case. All the components are there, and they taste nice, but there are just far too many nuts for my liking. I know it's supposed to be a nut based mix, but with the Penn State varieties there was a lot of sweetness and fruitiness with every bite, while with this one I found it to be quite lacking in any of the other stuff. It's okay if you want a bag of nuts with a few things thrown in, but having tasted Penn State's trail mix I know it can be done a lot better. These are just pretty bland in comparison.