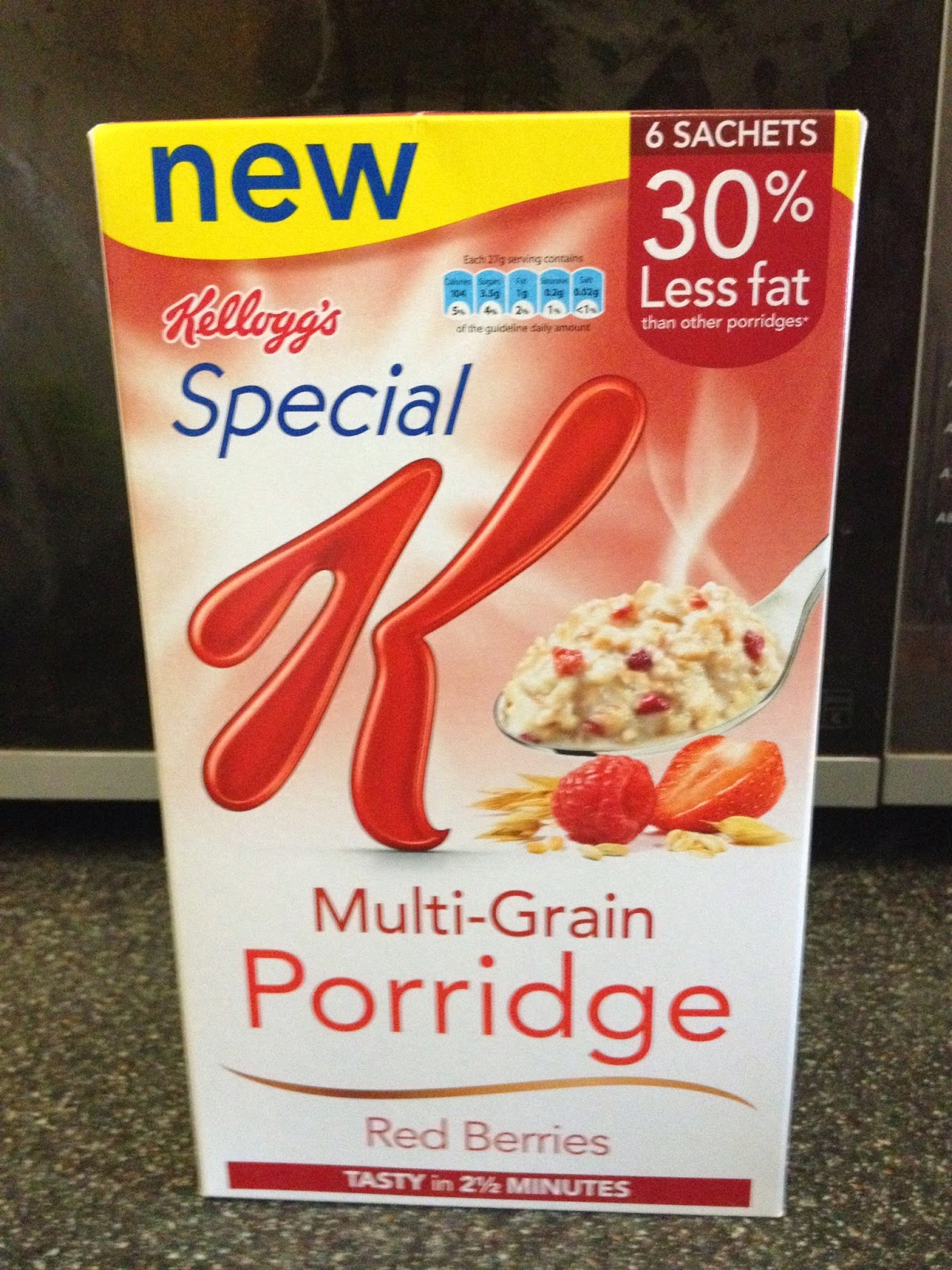 I remember when Special K was just good old fashioned cereal flakes. Now there's all kinds of stuff being churned out by Kellogg's, aimed at those on a diet who still want to enjoy... food? Well, I'm one of those dieting people, and one of the calorie counting crew, so this Special K porridge stood out as it only has 104 calories per serving, which is pretty good for breakfast. 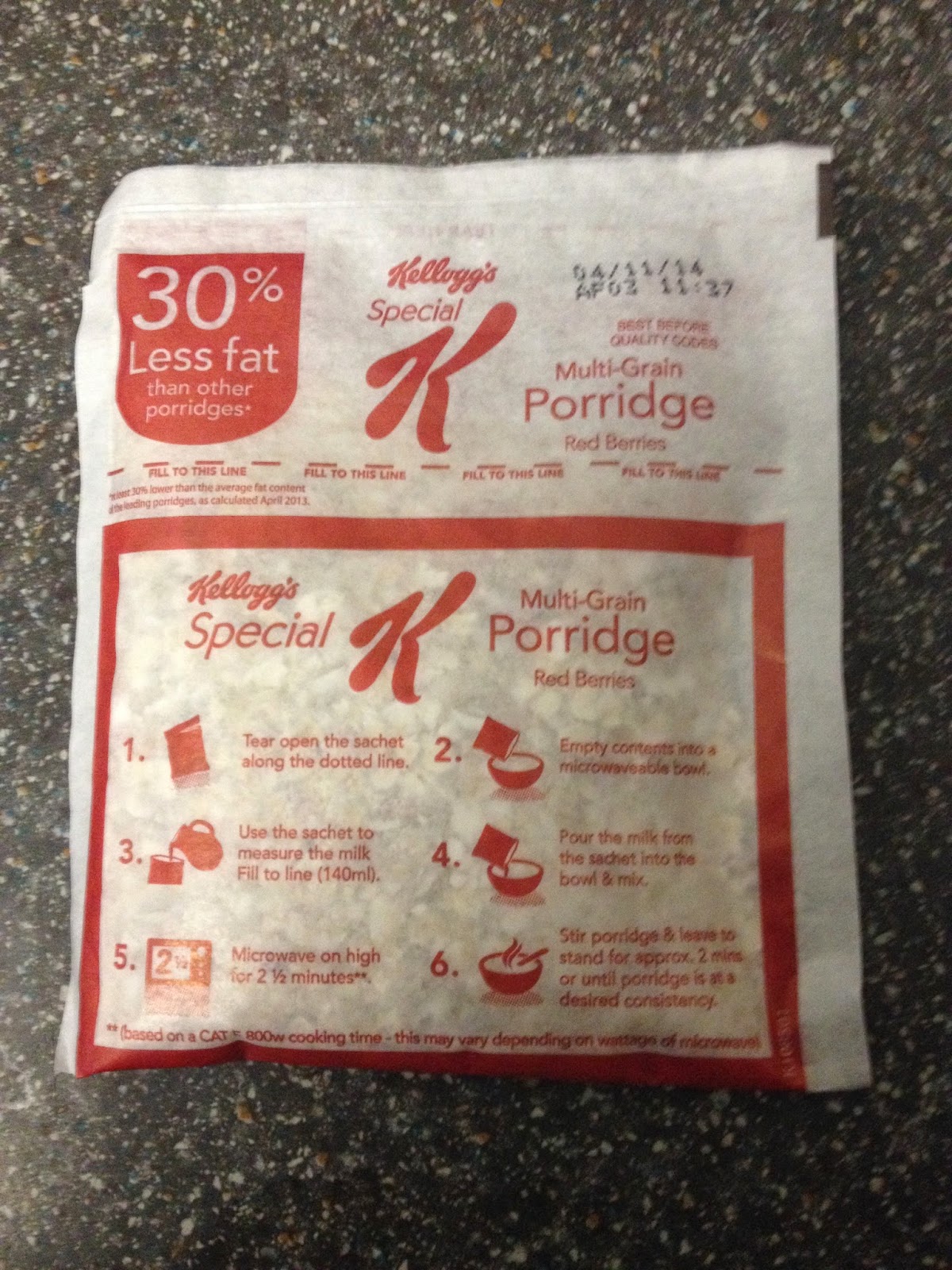 Each box contains six of these almost medicinal looking sachets. Apart from reminding you again of the reduced fat content, it also gives you step by step instructions on how to make it. This is another good thing, because it prevents my bleary eyed, barely woken self from having to retrieve the box I've put back just to figure out what I'm doing. It's simple enough. Open the sachet, put the porridge in a bowl, top up with milk and stick it in the microwave for two and a half minutes. But there is genius hidden in this sachet. 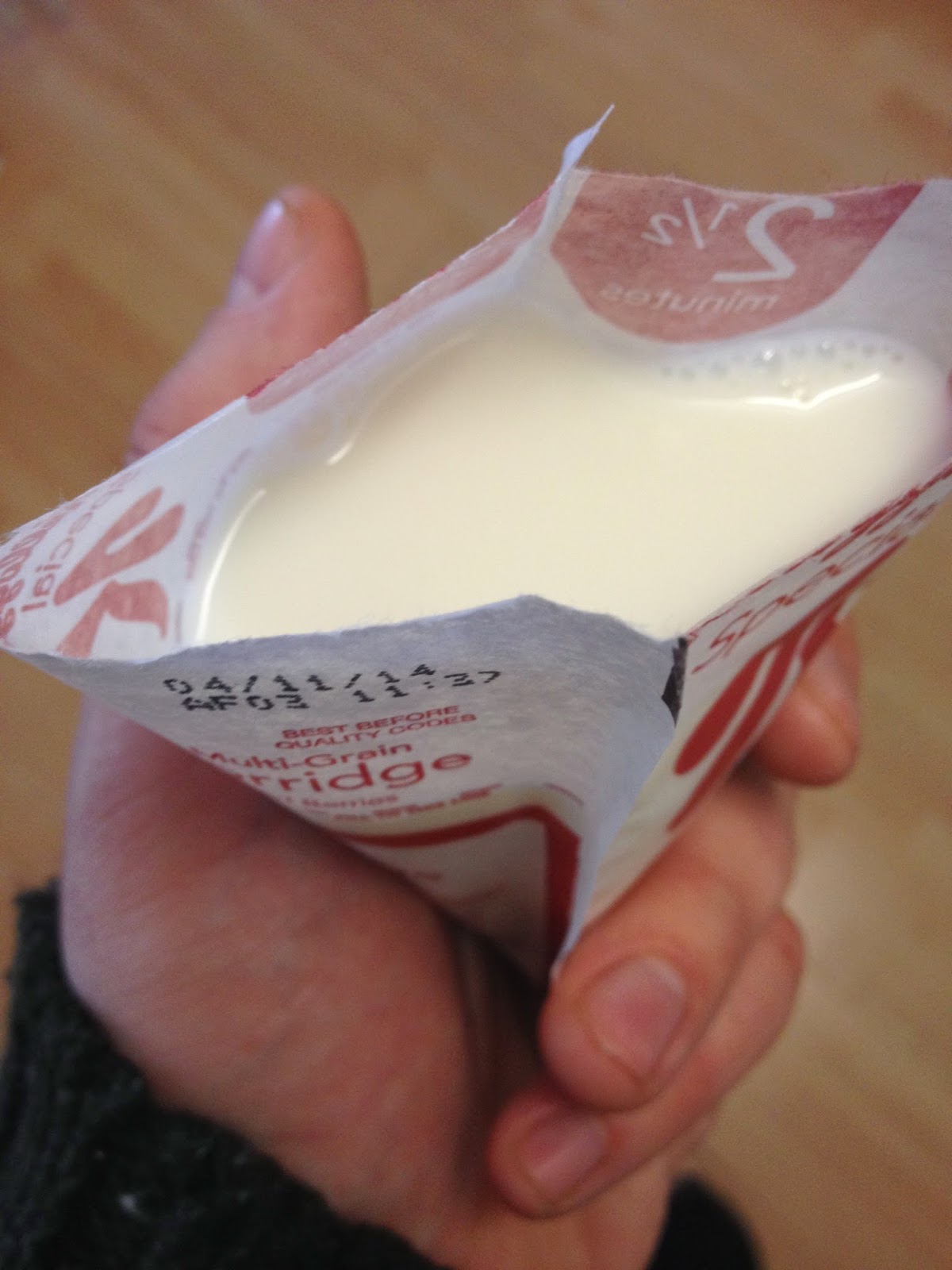 Yeah, once you've emptied the porridge into your bowl you can then fill up the empty sachet milk, as it has a nice little indicator line to tell you exactly how much you need. It does certainly seem risky pouring milk into a flimsy sachet, but I've done it a few times now, and I haven't spilt it once. Besides, it stops me dirtying up my measuring jug, which is a regular occurrence now I'm measuring out portions. But enough about the packaging, how does it taste?

Well, in my ravenous morning hunger I've neglected to take a picture of the finished product. But suffice to say that it looks distinctly like porridge, and that's what it tastes like too. The oats are filling, with a nice creamy texture helped along by the proper milk measurement that the sachet provides. I tried the red berries variety, and there's a generous smattering of freeze dried strawberries and raspberries, which add a lovely fruity flavour. I'm not normally a big fan of porridge, but this wonderfully crafted Special K stuff has made me willing to tuck in every morning. It's low calorie, delicious, and really easy to prepare.