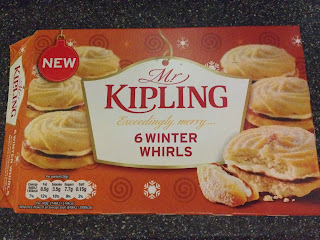 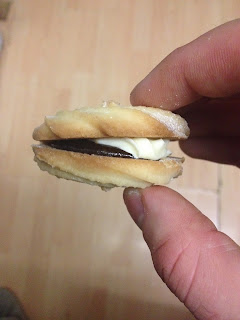 Well, I guess because they're nice, that's why. It's the same massively crumbly pastry you get in your regular Vienesse Whirls, and while the filling lacks the token chunkiness of regular mincemeat, it certainly tastes like a mince pie. The buttercream adds to the overall flavour as well. It probably would have been good to add a hint of brandy flavour to it, but it does make for a nice, creamy, crumbly mine pie treat. These don't give the full mince pie experience, but they're a nice alternative. Not as good as the originals, but they're certainly worth a go.