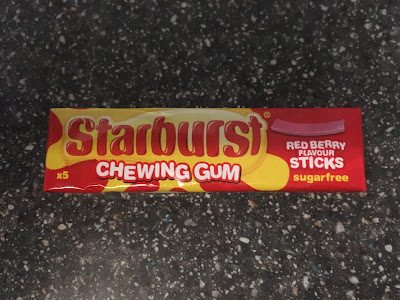 I have no idea how long this stuff's been around, but I saw it staring at me by the till in the corner shop, and I had to grab it. After all, impulse purchases are sometimes some of the best. Unfortunately, it's not the case with this. I was expecting something like Juicy Fruit but with that signature Starburst flavour, but what I got was a vaguely fruity, but also slightly minty, stick of gum. Not very juicy, somewhat devoid of flavour, and what is there isn't much good. This is a blemish on the good name of Starburst, avoid this and pick up some chews instead.