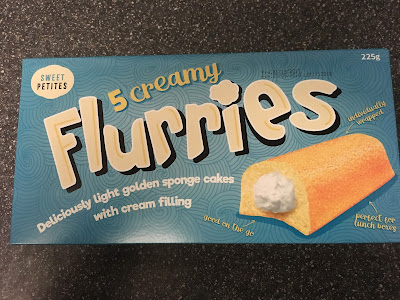 Twinkies have become more available in the UK in recent years, but despite some good competition they're still relatively overpriced, what with all the importing and whatnot. Twinkies are something of a cultural phenomenon, although I don't see what all the fuss is about. I find them pretty average, the cake isn't particularly great, and the cream is not as delectable as it looks. I mean, they're okay, but I'm not gonna pay loads for them. Thankfully Poundland are here to help, now stocking these Twinkie look-a-likes, a box of which will only set you back, you guessed it, £1! But how do they stack up against the cream filled cake giants? 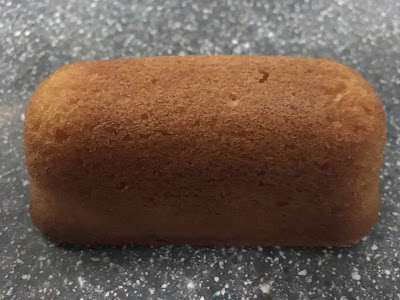 Well, that doesn't look right. It's a good colour for a loaf of bread, but it's not the shade I expect a soft, golden cake to be. In essence, these are like slightly burned Twinkies, they're not particularly soft, but the cake is edible at least. The cream inside is firmer than in the official ones, but there's a decent amount of it, and it tastes alright for a cake that essentially costs 20p. Seeing as I'm not a big fan of Twinkies anyway, these Creamy Flurries may be a downgrade, but they're not all that bad. Clearly inferior to the original, and not exactly a fantastic treat, but if you're really into Twinkies yet strapped for case, you might want to give these a try.