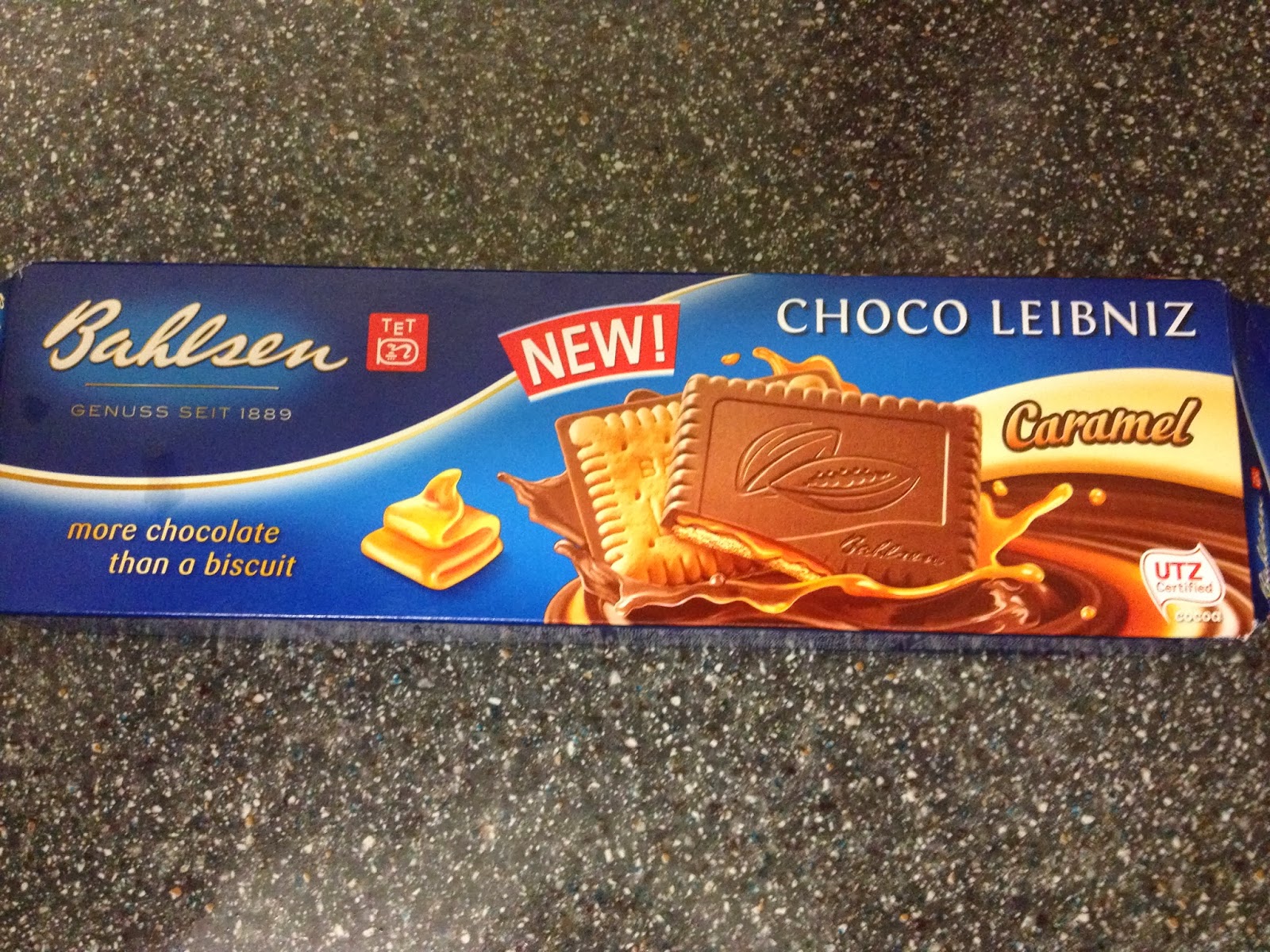 Choco Leibniz are pretty damn awesome biscuits. A nice, generous slab of chocolate, stuck onto a sweet biscuity base. It's hard not to eat an entire box in one go. I have just noticed that these claim to have "more chocolate than a biscuit", which is a bit of a bold statement. Which biscuit are they referring to? There are plenty of chocolatey biscuits out there, some entirely chocolatey. Unless they're saying that these contain more chocolate than a plain biscuit does, in which case, of course it does. A biscuit is a biscuit, and chocolate is chocolate. Or maybe they're just saying these biscuits are mightily chocolatey. Which is true. But I digress.

The original Choco Leibniz was not enough, and like many other products, we now have a different flavour to add to the mix. So here are some Caramel Choco Leibniz. Much like your milk chocolate variety, but with a layer of smooth caramel in the middle. It's a nice addition, that isn't too overwhelming, but it is a little too sweet, and does detract somewhat away from the flavour of the biscuit and chocolate. Once I got used to the taste it was a bit better, but still a bit sickly. I think I prefer the milk chocolate flavour, but this is a nice change, and will certainly appeal to anyone who enjoys caramel in their biscuits, or in anything. Not perfect, but a tasty biscuit.