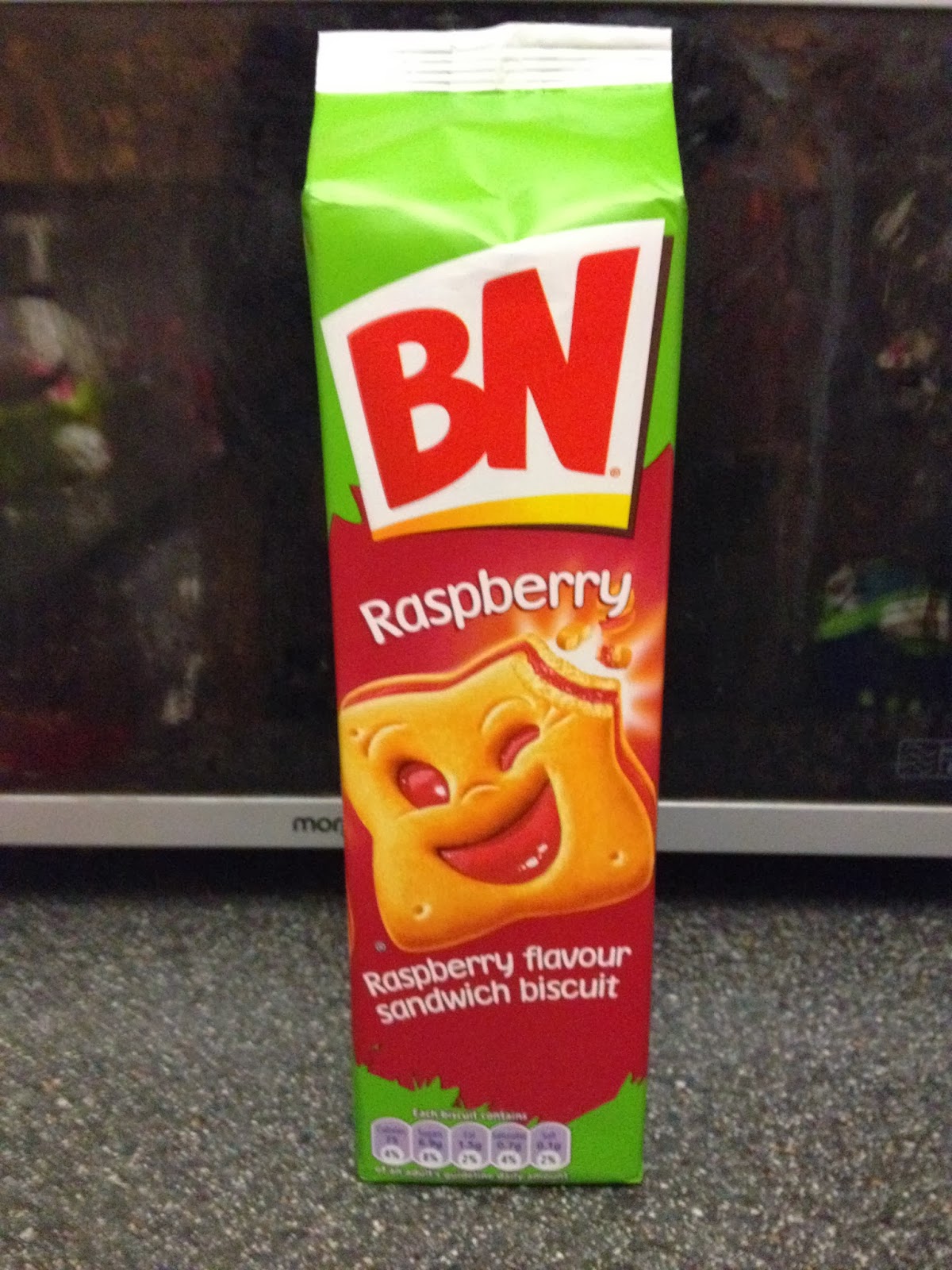 BN have brought out some damn good biscuits. The chocolate and vanilla have been out for a while now, and are both delicious, but I stumbled upon this raspberry flavour today. The packaging doesn't say it's new, so maybe I've not been looking hard enough for them, but they're new to me, so that's what counts.

If you've had the chocolate or vanilla ones before, you pretty much know what to expect. The biscuits are pretty big and chunky, a nice crunchy biscuit with a thick creamy centre. Well, these are kind of like that, but instead of the cream we have a fruity interior, making the whole experience like a raspberry flavoured Jammie Dodger. They're nice, with a generous amount of biscuit and fruity filling, but they're not quite on par with the chocolate and vanilla varieties. Still worth a go though.