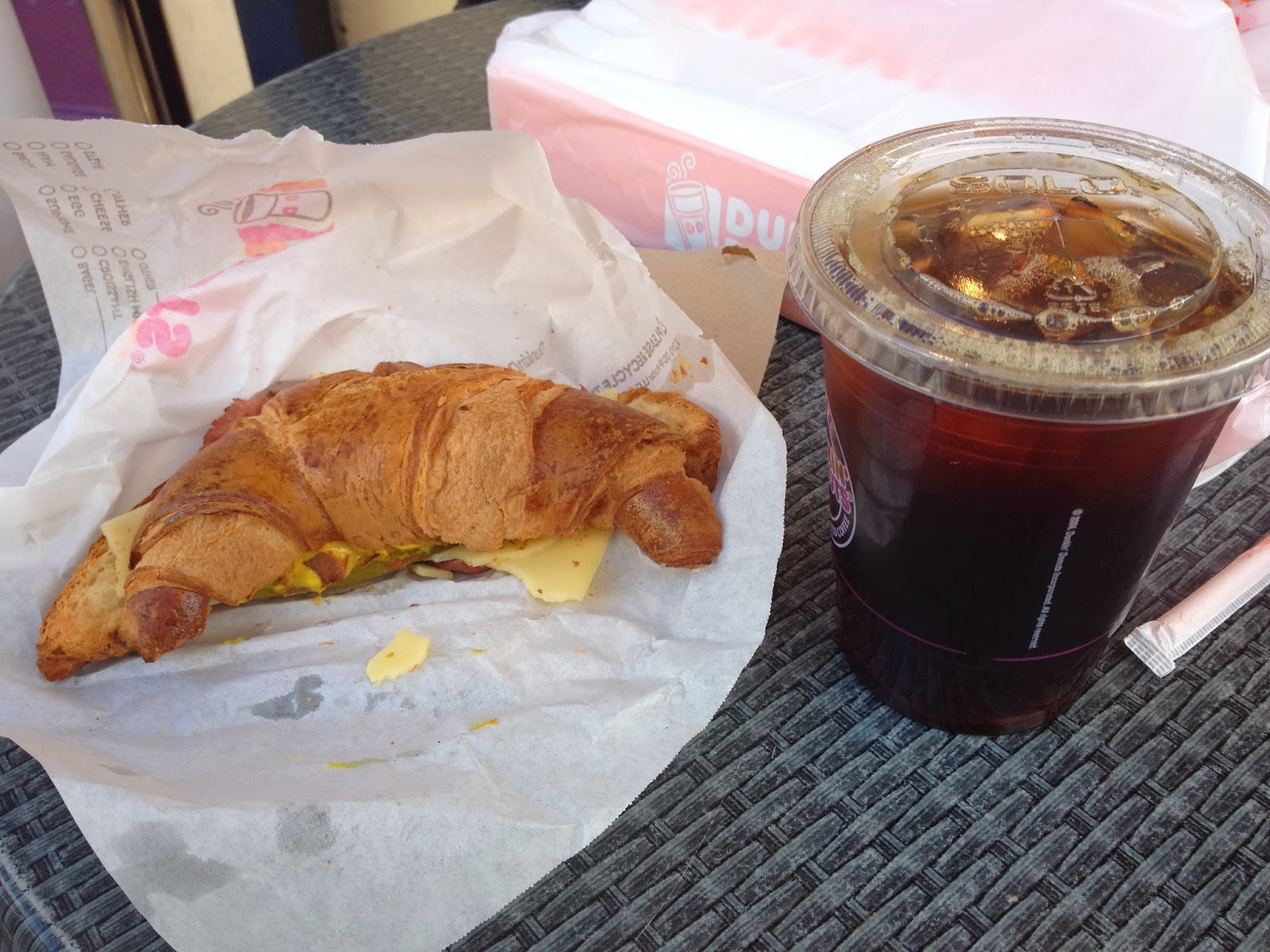 Dunkin' Donuts only opened in my home town a couple of weeks ago, but it already seems to be an institution. I see a lot of people walking around with boxes of donuts, and there always seem to be a fair few customer inside. I've previously only ventured in to grab a few treats, but today I decided to try out a savoury option for lunch. There's quite a variety available, from bagels to grilled cheese sandwiches, but I went for the most interesting - the Hot Croistrami, which is, quite simply, a croissant with pastrami in. Probably one of the best food name portmanteaus I've seen.

Now, anyone with the slightest bit of foodie knowledge will know that a traditional pastrami sandwich should be served on rye. So what business does it have shoved into a croissant? Well, it may sound like a crazy plan, but it's not bad at all. There are a fair few slices of pastrami in the Croistrami, along with a generous helping of cheese and a nice long slice of pickle, all topped with the signature yellow mustard. It has all the flavour of your traditional pastrami sandwich, but with the added bonus of the sweet, light croissant pastry. It doesn't sound like it should work, but I certainly enjoyed it, and I'll probably try it again in future.

I couldn't have my lunch without a drink, so I decided to try one of Dunkin' Donuts' iced coffees, mostly because that was part of the meal deal. There are a few varieties on offer, like your regular iced lattes, but I decided to see what a simple black coffee would taste like in iced form. The truth is, it tastes like a freezing cold cup of black coffee. That may sound grotesque, because there's nothing worse than a cold coffee, but the temperature of this drink is so low that it seems to pass a threshold and become nice again. It was refreshing, with a great coffee taste, and the energy that goes with it.

So there you have it, two food items that are a bit strange, but they're both quite delicious. If you find yourself near a Dunkin' Donuts, why not pop in and have a Croistrami/Iced Coffee combo? You should probably get some donuts for dessert, because they're delicious too.