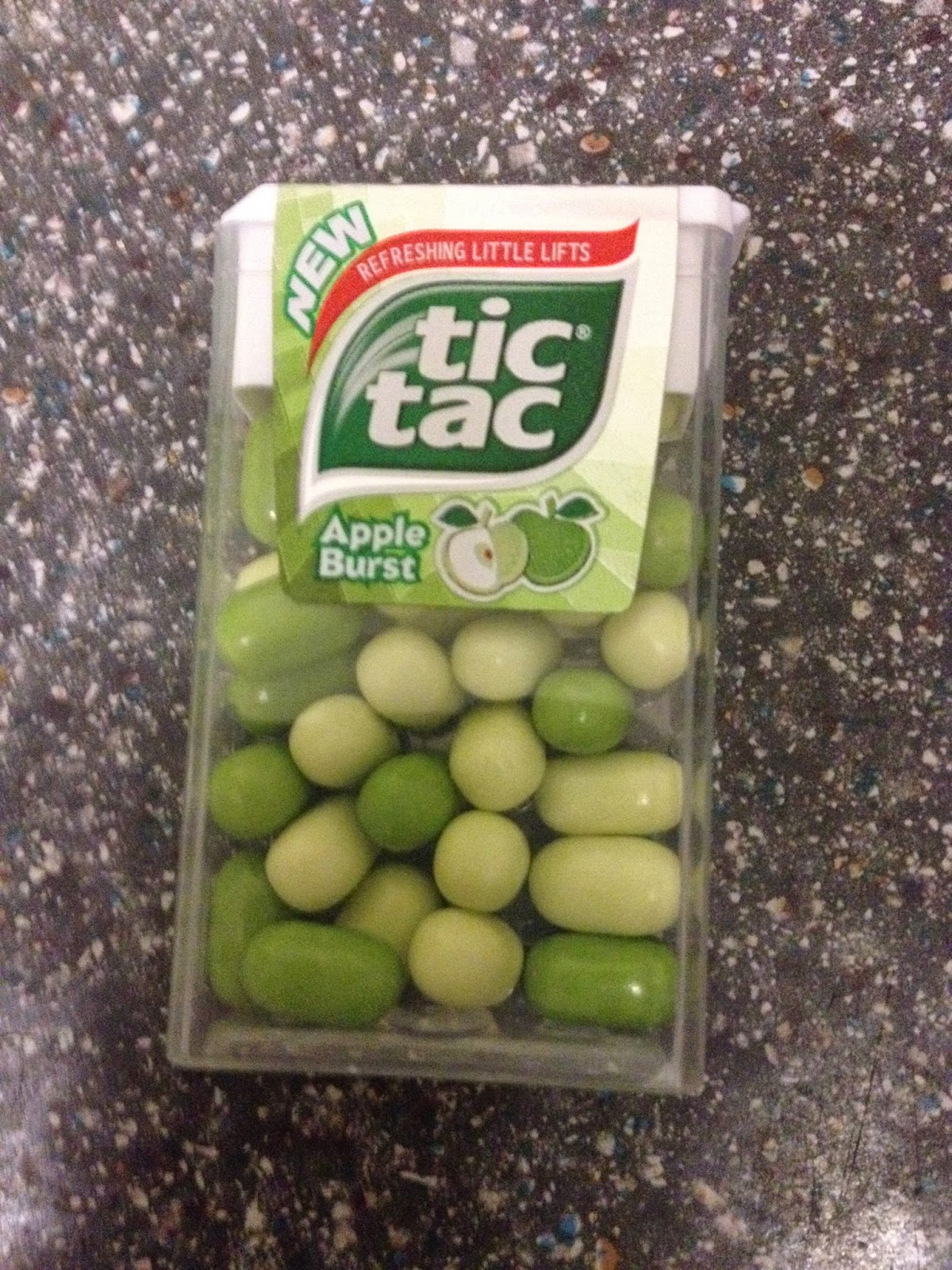 I don't often indulge in Tic Tacs, but I certainly haven't found a flavour I don't like. From regular mint, to orange and lime, right through to strawberry fields, they're refreshing and flavoursome. So I didn't hesitate in picking up this new pack of "apple burst" flavour, which boast a combination of lovely dark green, and... slightly lighter green.

There is a different between the two, as slight as it may be. The darker ones have more of a bolder, heavier apple flavour, while the lighter ones are akin to a light, crunchy, juicy apple. But either way, they are distinctly apple flavoured, and that's really all I could ask from a packet of apple flavoured Tic Tacs. They're also pretty refreshing, leaving behind an almost minty freshness in the mouth, but with the nice apple flavours also lingering. There's really not a bad thing I can say about these. They are apple flavoured Tic Tacs, and they're awesome.