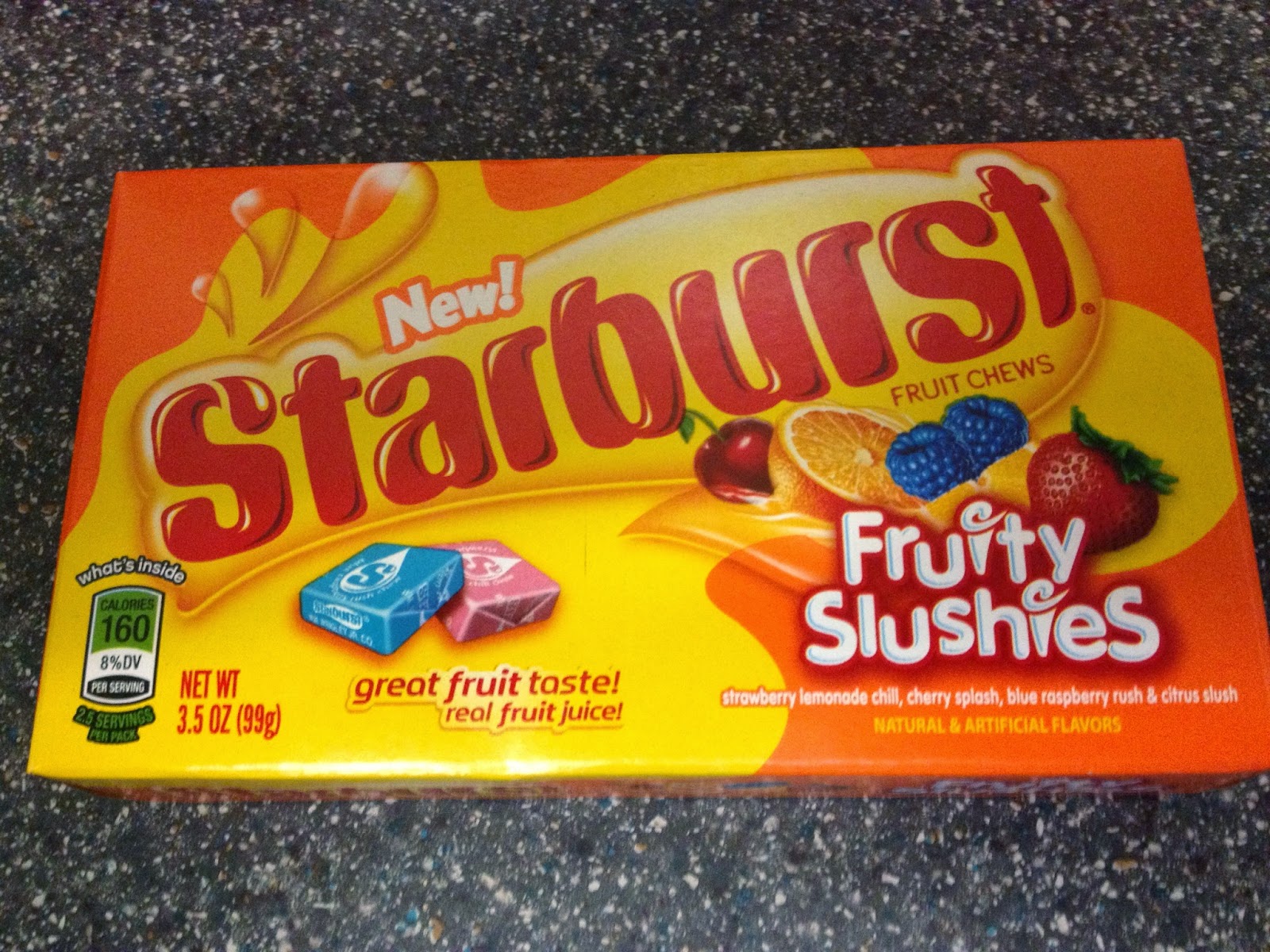 Poundland have started selling sizeable boxes of American candy, so now we can all get cheap supplies of Reese's Pieces, Skittles Desserts and Rainbow Nerds. But I also spied this variety of Starburst that I'd never tried before, one that contains "slushie" flavours. Starburst plus slushie drinks? Must be good, right?

This pack contains four different fruity flavours that have been slushified. There's strawberry lemonade chill, cherry splash, blue raspberry crush and citrus slush. They all sounded delightful, but in practice not all of them were great. The citrus flavour is a mostly orange affair, with hints of lemon, but it's overall rather bland. The cherry is bold and somewhat sickly, but the slushie element helps to wash out the flavour a bit in attempting to give it that iced drink flavour. My favourite has to be the blue raspberry, as everyone knows that's the best flavour of slushie. For all intents and purposes it does taste like a blue raspberry slushie, while the other flavours certainly aim for that goal, but end up tasting like a slightly watered down fruity sweet.

These Starburst are certainly not the best I've had. While I enjoy the blue raspberry flavour, the rest leave a bit to be desired. Still, they're Starburst, so they're quite nice. They're just not all that special.