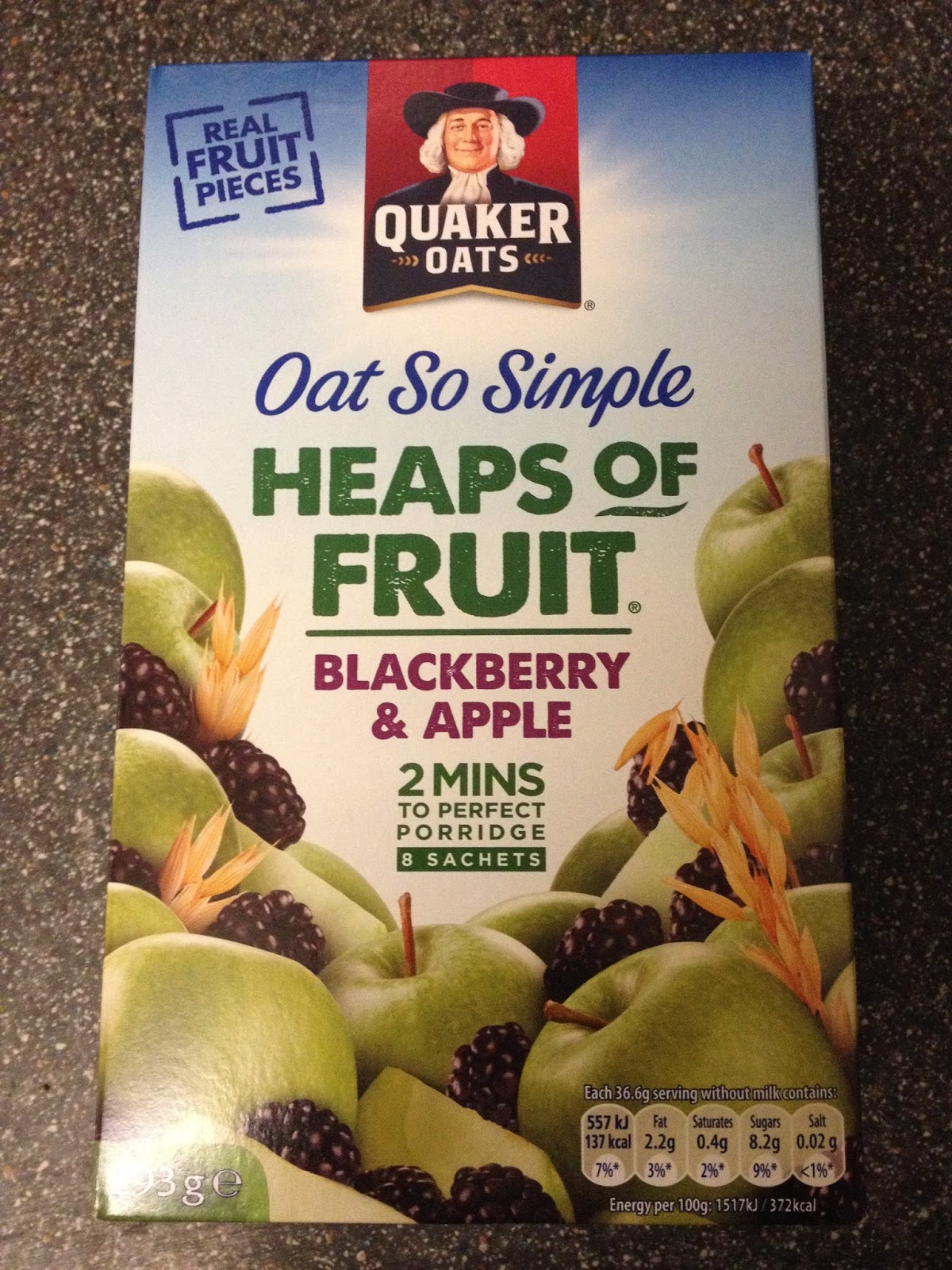 I've accepted porridge as my staple diet breakfast, although to be honest any cereal is pretty low on calories if you stick to their paltry serving sizes. It's just that porridge is generally accepted as being very filling, and my stomach seems to believe it. I've tried a few microwave oats in the past, but this one particularly caught my eye, as it promises "heaps of fruit". This is good, because if I were to choose a quantity of fruit, I'd certainly go for "heaps" rather than the regular "sprinkles".

This porridge comes in lovely single serving sachets, and has a handy little line at the top so you can fill it up with the right amount of milk before you tip it in a bowl and nuke it. It works in theory, but I find that while the fruity bits fall into the bowl quite easily, large chunks of the oats get stuck inside the sachet, meaning I have to rip it open and scoop out the remaining innards. Just the kind of action I like to do at breakfast.

Okay, so the preparation may not be perfect, but once this stuff's been microwaved it's actually pretty damn good. The oats are as good as oats can be, I'm not sure I've ever noticed much variance between different oats. It turns out, though, that "heaps of fruit" is certainly a correct term. While you may be lucky to get a bit of flavour in each spoonful with your regular stuff, this porridge is packed with sizeable fruity bits that lend a fair amount of taste to the porridge. Definitely tasty, and definitely easy to polish off, as long as you wolf it down in that small time frame between being as hot as the surface of the sun and akin to setting concrete. But such is the way of microwave porridge, and if you must eat it for breakfast, you can't go wrong with this. It's just a shame I'm forced to leave some lonely oats behind when I'm making it.