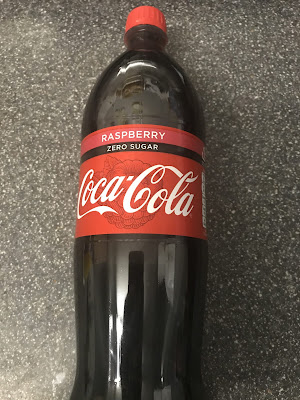 Coca-Cola are really churning out the flavours lately, not that there’s anything wrong with that. Here we have a raspberry version, which definitely piqued my interest. I’ve had raspberry coke before, but that was one of those flavour shot jobs at a chain pub, so I figured an official bottle of the stuff would be better.

It is better, in fact. Not perfect, there’s something about these fruit flavoured no sugar drinks that doesn’t sit well, they taste a little too artificial in general. This one isn’t too bad though, there’s a definite fruity flavour that’s actually pretty reminiscent of raspberry, and it blends in nicely with that Coke flavour without becoming too sweet overall. This is definitely better than some of the flavours they’ve brought out, I think I might pick this up again.