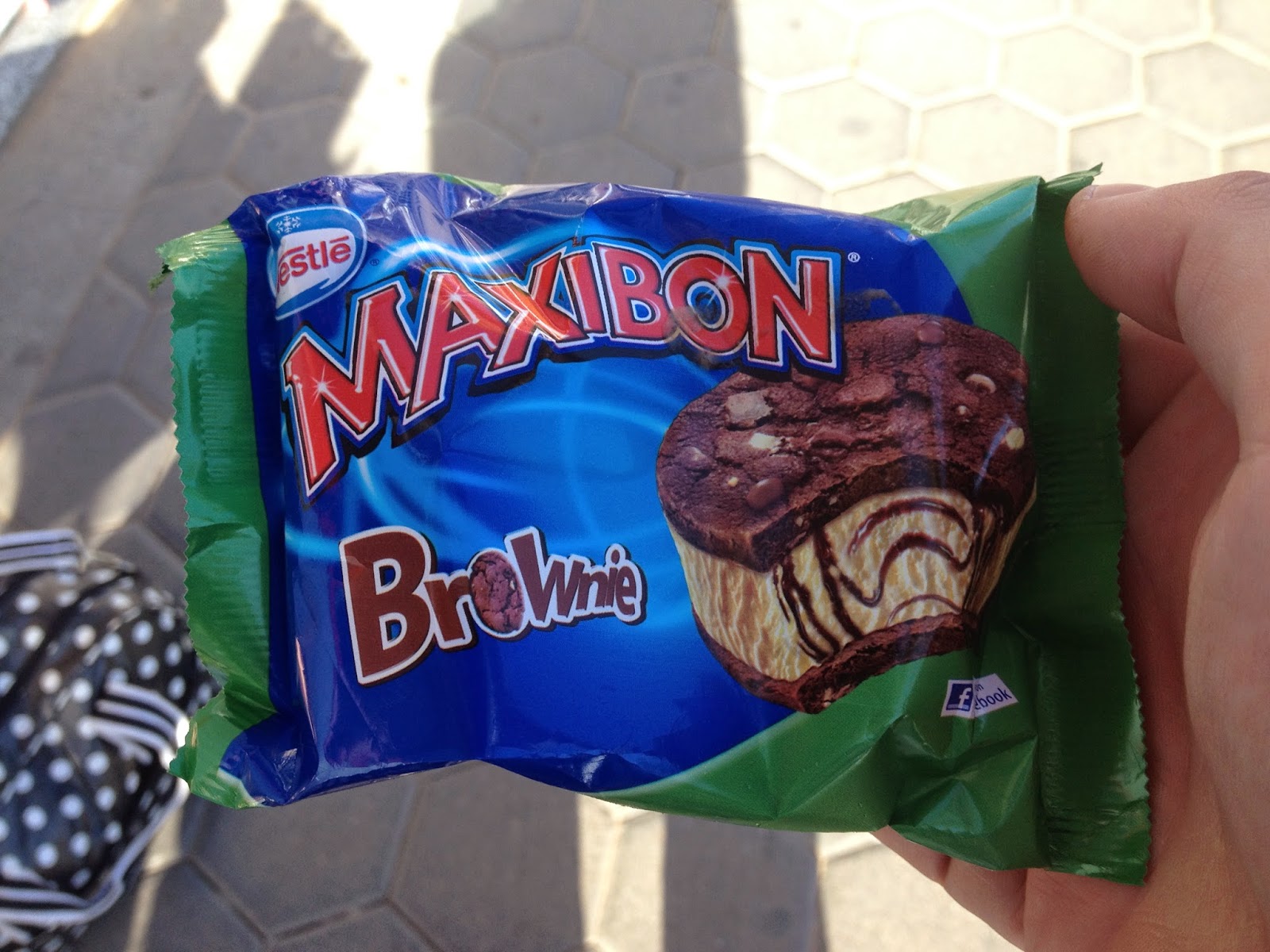 I love Maxibon with a fiery passion, and it pains me that they hardly stock them anywhere in the UK. I found a Maxibon Cookie last year at London Zoo, but since then I could only dream of trying another. Thankfully, I picked up this Maxibon Brownie while in Spain. Well, I actually picked up four, as after finding it out of stock in one shop, I went and bought a multipack at a supermarket. I assume it's pretty new, as it was heavily featured in a lot of the posters. 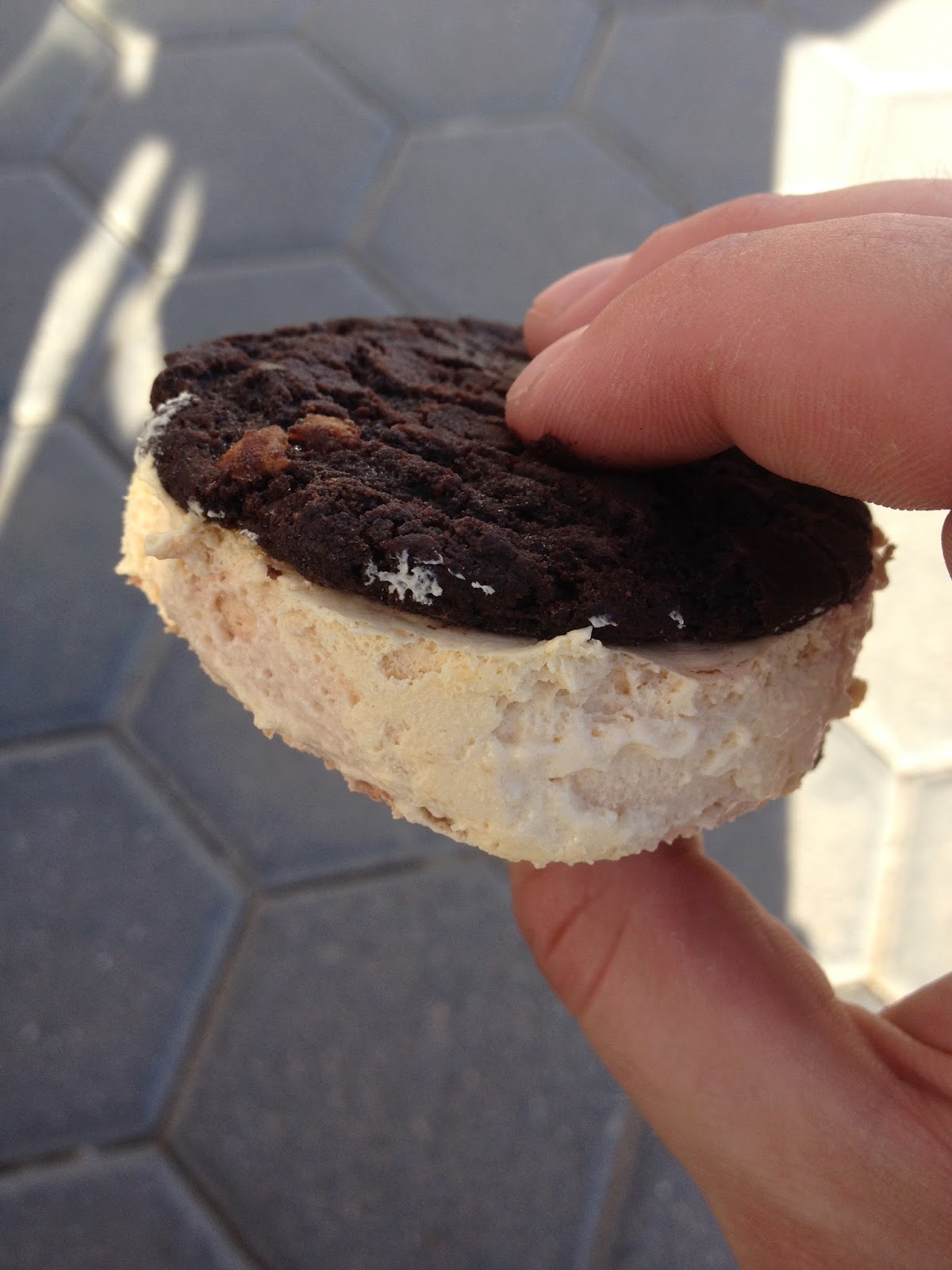 This isn't quite like the other varieties of Maxibon, and has more in common with Ben & Jerry's 'Wich. This certainly isn't a bad thing though, as if I could identify one weakness of the Maxibon, it's that there's that chocolatey shell part instead of more delicious cookie. This beast is all wrapped in cookies, and chocolate brownie ones at that. They're soft and chewy, with a generous smattering of chocolate chunks. In between, there's some lovely smooth vanilla ice cream, with some swirls of chocolate syrup, in case they're not chocolatey enough.

To be honest, this is the best Maxibon I've had. It's chocolatey, creamy, chewy, and absolutely delicious. Only my daughter fancied trying one, so I was left to eat three in quick succession in the afternoon sun, but I don't regret doing so. This Maxibon is ice cream heaven.