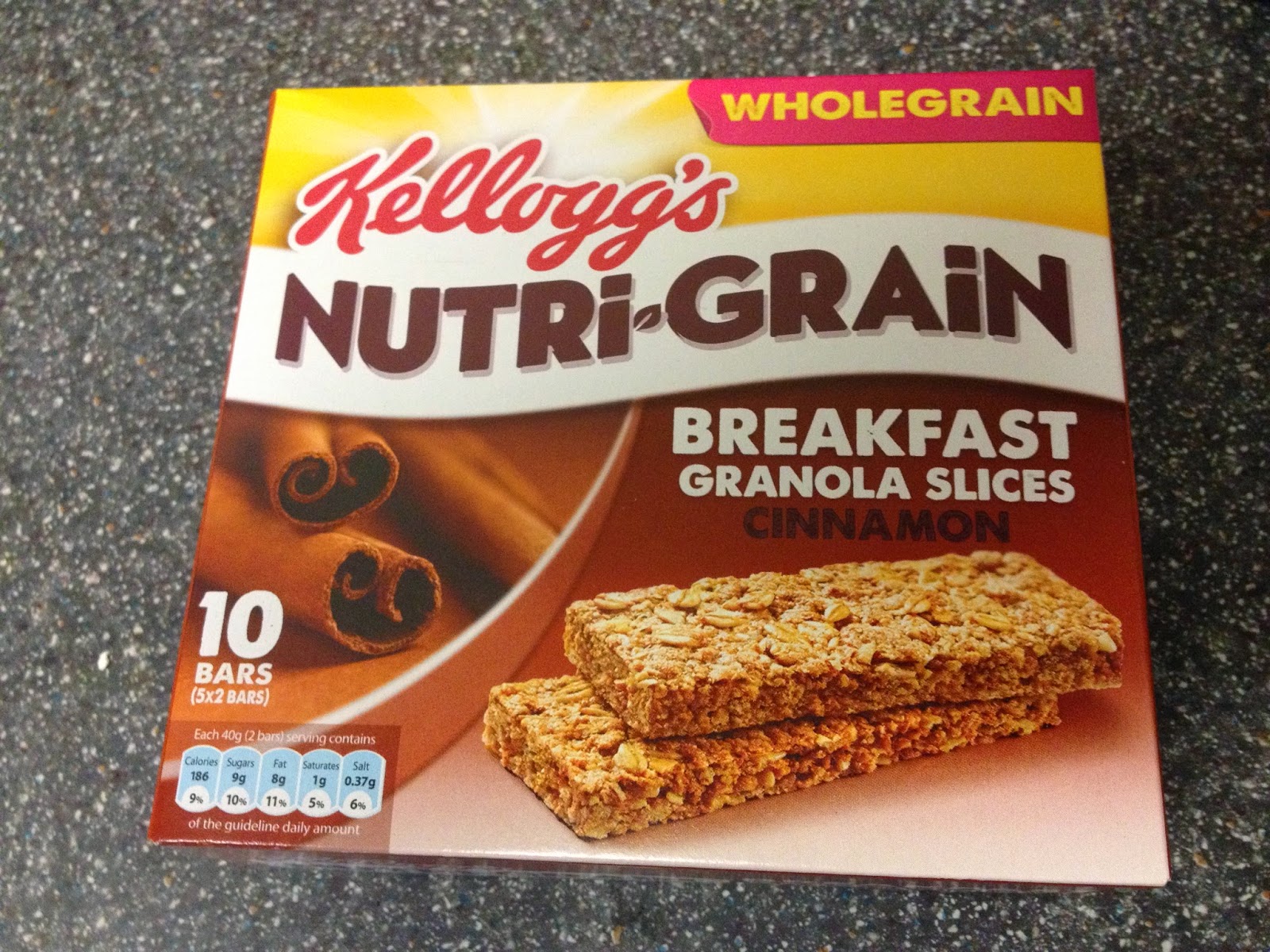 I always feel a bit awkward around Nutri-Grain bars. It dates back to my late high school years, where I would slumber until as late as possible before dragging myself out of bed and into my school uniform. My mother tried to sustain my nutrition with suspiciously lukewarm toast, but later changed to the classic, soft Nutri-Grain bars. My bleary eyes and recently awoken taste buds soon grew especially sick of these, though I don't know why. I've never really been fond of those chewy breakfast bars since, but I figured I'd delve back in now that these crunchy granola bars have hit the shelves. What's more, I went for the ones flavoured with one of my food nemeses - cinnamon, in the hopes that I can further increase my fondness for it, and therefore be one step closer to befriending all food.

The first thing I noticed upon opening a packet was the uncanny resemblance to chip board. Still, at least they were intact, most of my granola bar unwrappings, which is usually punctuated by the shocking realisation that one or both have split and crumbled, meaning I'll soon be hoovering crumbs off my sofa. So no, they don't look overly appetising, but it's granola, it's normally a bit brown and boring. As for the taste? Actually pretty nice. The cinnamon is not overwhelming at all, providing a sweet flavour with a hint of spice. The bar itself is nice and crunchy, and definitely filling, if a little dry. I suppose that's what I get for not going for the chocolate chip variety, but still, it's not the best granola bar I've had. But it's certainly a good effort, and it's well worth trying if you're into cinnamon.