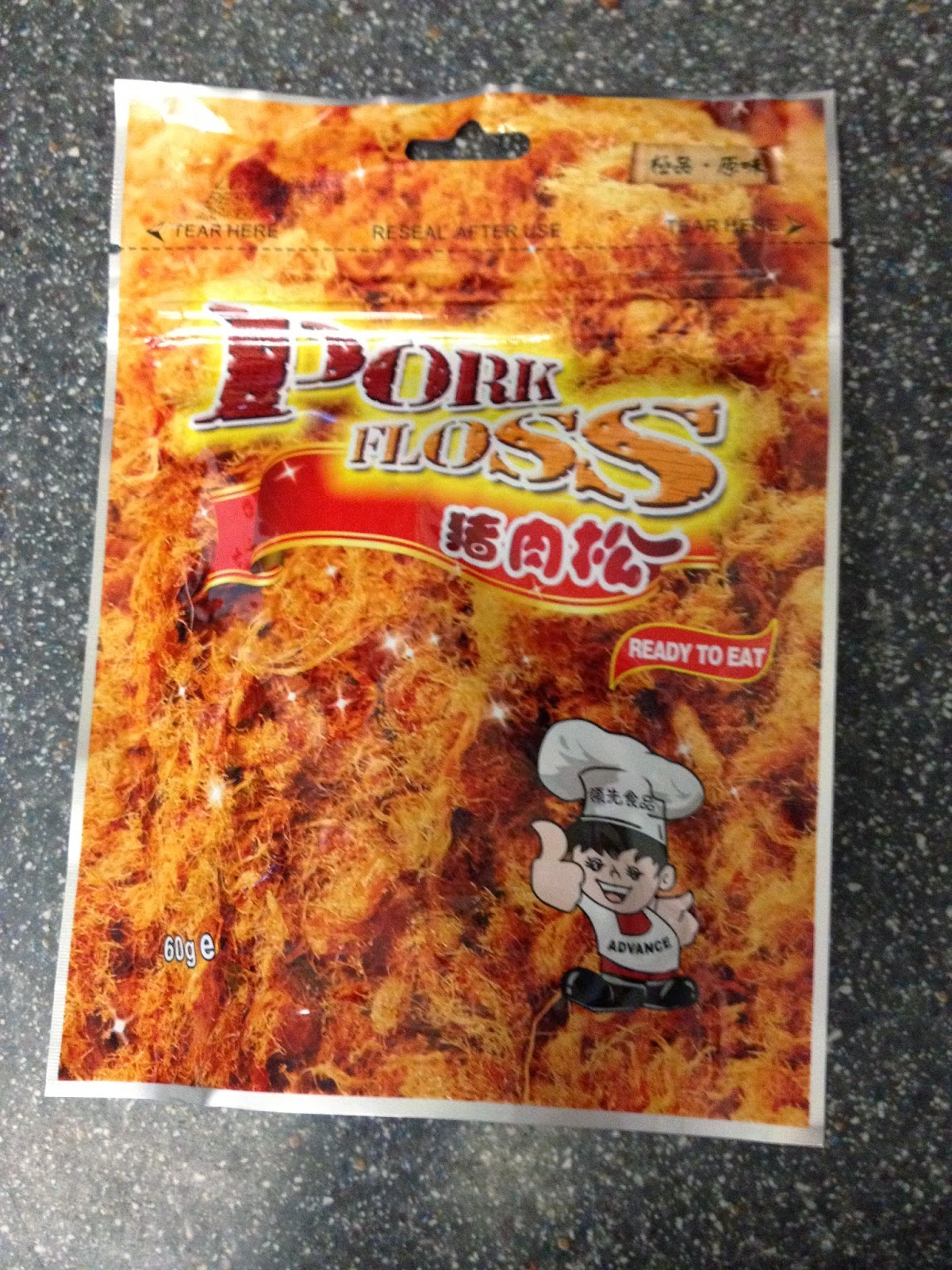 Yeah, Pork Floss, you know, that well known snack? The name may imply pork flavoured dental floss, which while a little disgusting could well be a niche market. But the reality is far more horrifying, at least at first. I mean, just look at the background of the bag. That's not a funky pattern, that's what this stuff looks like (minus the trademark Asian sparkles). Pork Floss is basically like candy floss, but made of pork. 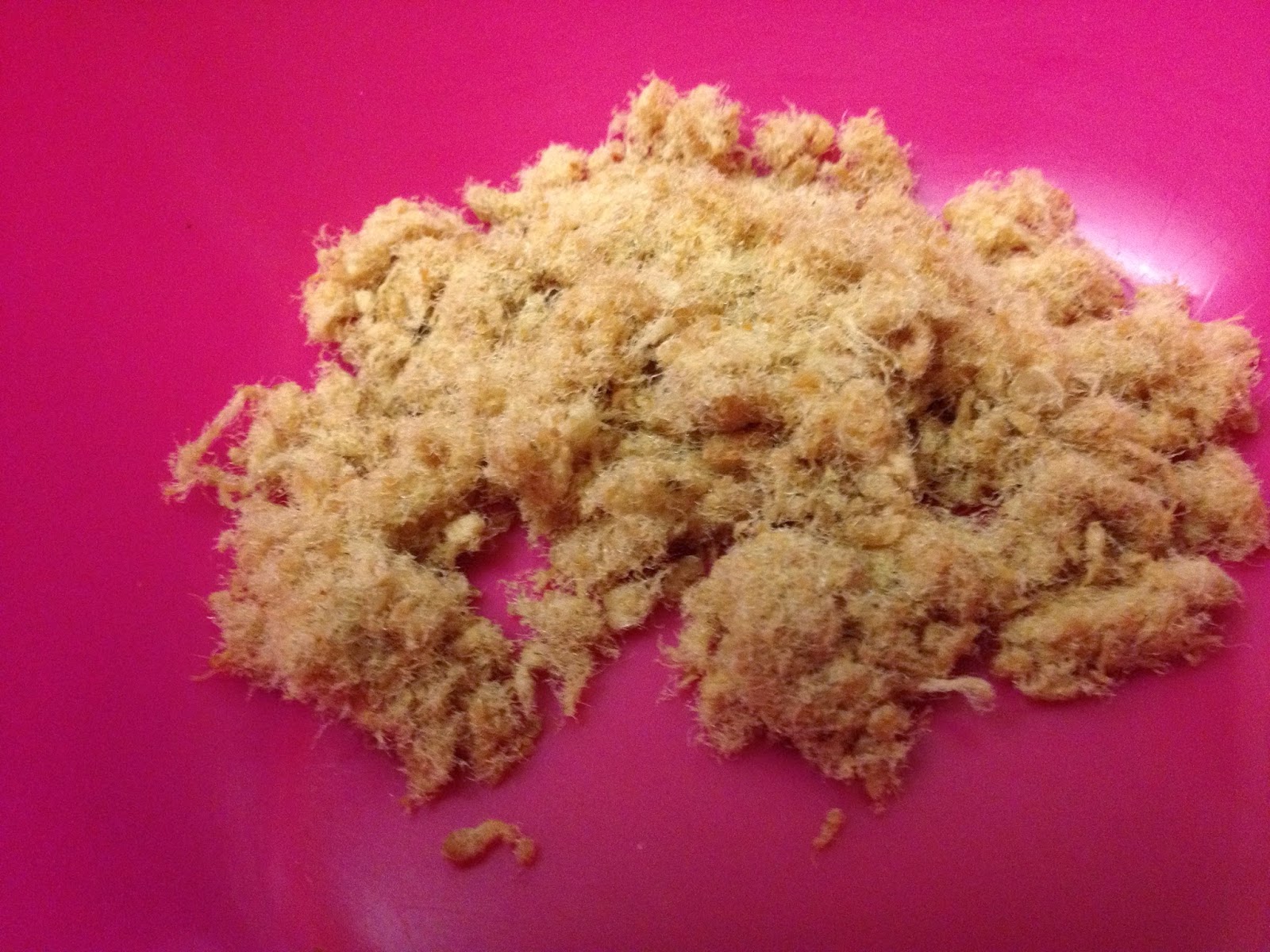 There it is, in all its glory. I can't decide whether it looks more like dyed steel wool or cuttings from either a dirty sheep or a particularly fluffy dog. But the main impression I got was that this does not look appetising, at all. But hey, it's made of mostly pork, so it can't be too bad, can it?

Pork Floss is kind of like jerky, but instead of being dried into nice chewy strips, it's been made into the least edible looking shape and texture. It starts off very chalky, and quite furry. But as it gets condensed into something you can actually chew, it's not too bad. It certainly has a pork flavour, and while it's not up there with your tasty bacon and sausages, it's edible enough. It's just that the presentation and initial taste are really quite off putting. I imagine it will appeal to those who are into pork scratchings, so if you're a pork fiend, try and seek some of this out. It may look disgusting, but it's not all that bad.