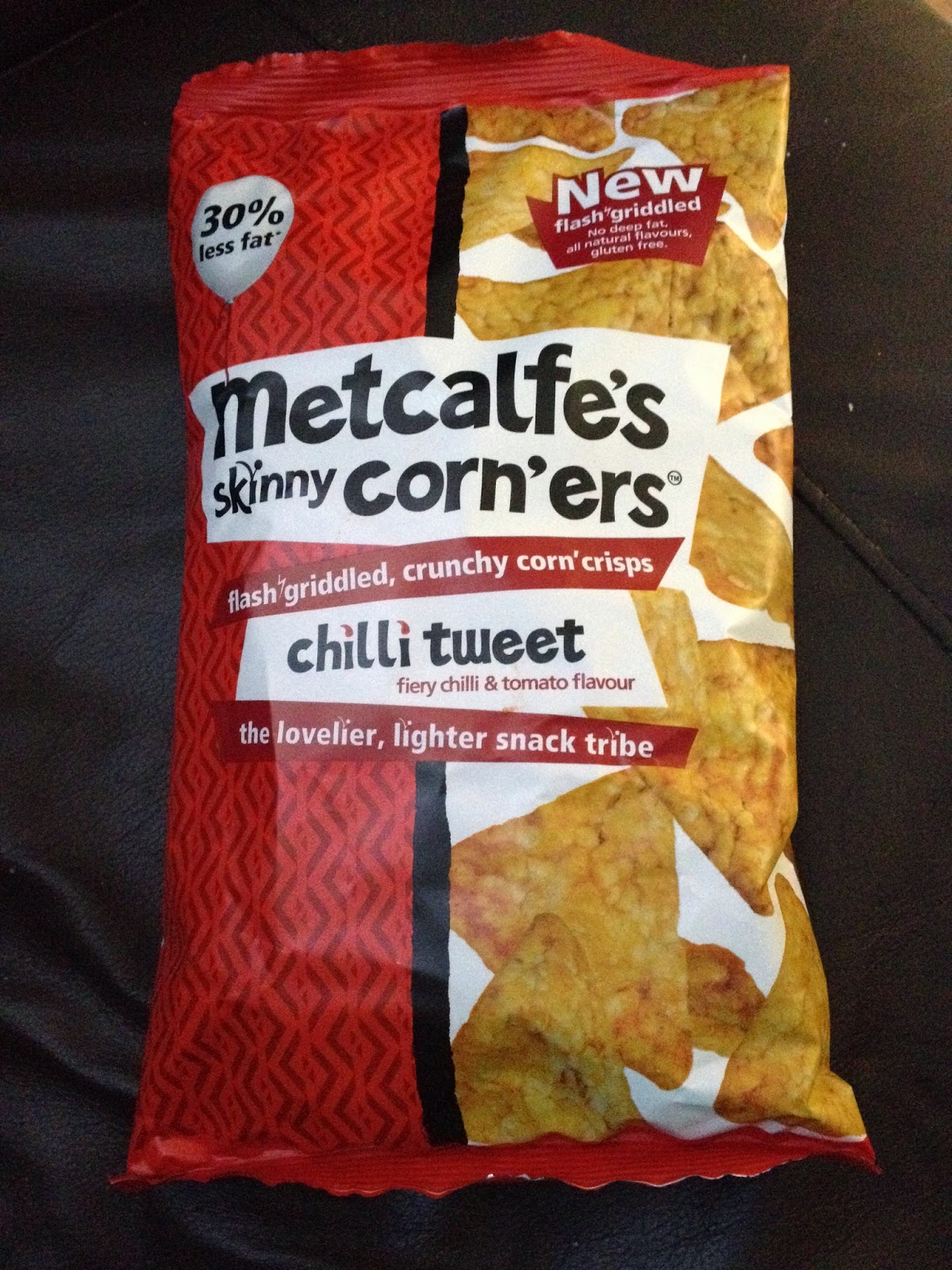 Healthy snacks are certainly nothing to turn your nose up at anymore. The market has been flooded with various cereal bars and interesting flavoured popcorns, along with some nice chip variations that are cooked in healthier ways. So I was intrigued when I found this pack of "healthier" tortilla chips, especially in a chilli flavour. Not sure why it's called "Chilli Tweet", maybe something to do with Twitter? But then why not "Tweet Chilli"? Anyway, these chips are "flash griddled", which certainly sounds very high tech and healthy, so I was looking forward to a nice, light, spicy bag of chips.

Well, that's not what I got. For all the blurb about how these are corn chips, they have more of a rice cake texture. It's like some Doritos had a baby with Snack-A-Jacks, but Snack-A-Jacks had the dominant genes, and the resulting offspring was disowned for not representing its Mexican heritage. Sure, there's some nice chilli flavouring in there, but these chips are far from crunchy, in fact they're a little chewy, and they're basically like flat, triangular rice cakes. Edible, yes, but certainly not what I was expecting. I think I'll stick with my unhealthy chips from now on.