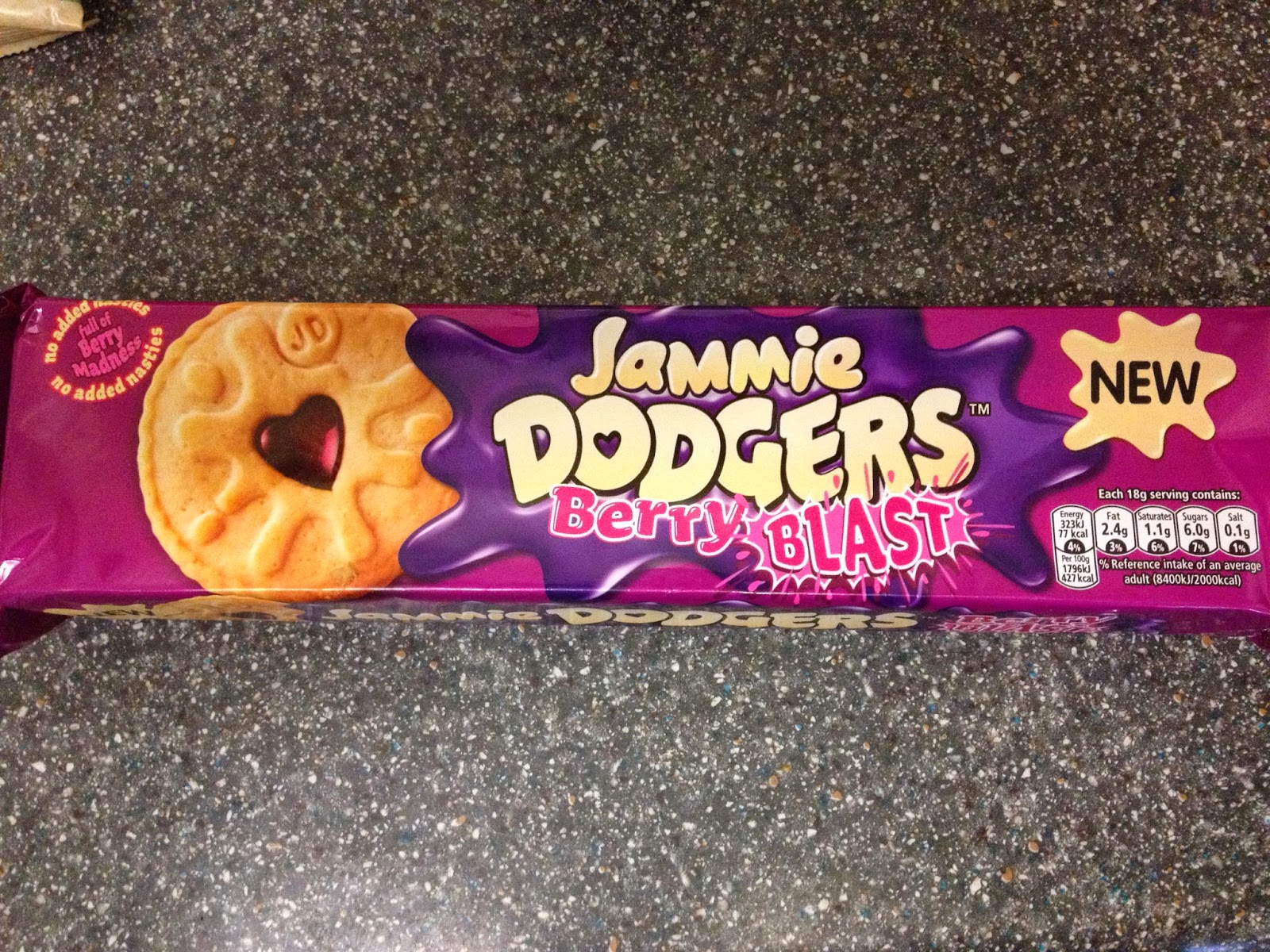 You can't go wrong with a Jammie Dodger. They're a staple British biscuit, and although there have been several varieties, you can't beat the original jam flavour. But I was certainly tempted by these new Berry Blast Jammie Dodgers, because I firmly believe that berries make everything better. What exciting fruit will grace these biscuits. Blueberries? Cranberries? Gooseberries?!

Blackcurrant. Yes, blackcurrant. Yes, a blackcurrant is certainly a berry, and a nice one too, but I was expecting at least a few more thrown in for good measure to create the stated "berry madness". The jam is certainly very fruity and flavoursome, but sadly there's just not enough of it compared to the biscuit, and it gets a little lost on the palate. Still, I do think I prefer this blackcurrant biscuit to the original raspberry. But since there's only one berry present in each, surely they could both be named "Berry Blast"? These are nice, but I wish they'd done a bit more with them.