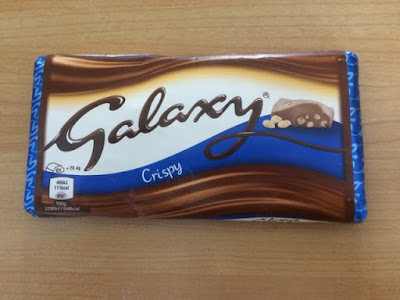 Here's another acquisition from my trip to WHSmith yesterday, a new Galaxy bar that I had no idea was coming out. While the slew of Cadbury products out in recent years have left me feeling a bit underwhelmed, I get more excited when a new Galaxy bar arrives. The Duet bars were pretty decent offerings, but this is a crispy version of their original bar. Basically it's Galaxy chocolate embedded with crisp rice pieces. A standard chocolate bar addition, but does it work well in this context? 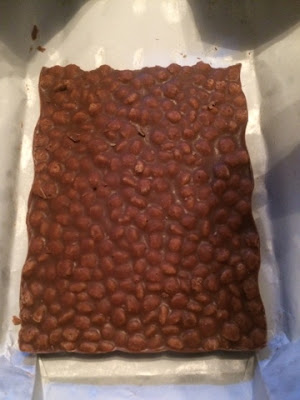 Well, that's a lot of rice in there, it's nice to see they're not skimping on the fillings. As you can probably guess, this bar has a very crispy edge to it, the entire bottom layer is nice and crunchy, while in between and on top is the same old Galaxy chocolate we know and love. While it certainly looks impressive, however, I think there is a bit too much crispiness in this bar. The rice itself doesn't pack a whole lot of flavour, so while the texture is great, the taste of the chocolate itself is stretched a bit thin. Still, it's good chocolate, and this is a decent addition to the Galaxy range. It's not as good as others, but it's a very decent effort.