Ever the food combination pioneers, Tesco have come out with a trio of interestingly flavoured yoghurts. I would say they're cake based, but apparently one of them is based on breakfast instead. So really there's no underlying theme, just a few yoghurts that someone thought would be pretty darned wacky. So here we go. 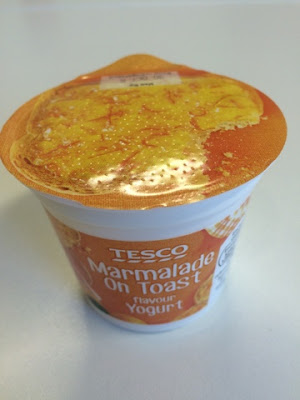 I'll just get this one out of the way, because the idea is, quite frankly, ridiculous. This is a toast flavoured yoghurt, and a marmalade on toast flavoured yoghurt at that. I was entirely skeptical about this one, I can give and take marmalade any day, but to have it and toast condensed into yoghurt form? Not so tempting. I must say though, this yoghurt does taste like toast. It's probably due to the fact that there are actual breadcrumbs in it. but hey, fair play to them for that. There's also marmalade in the ingredients, so it does have something of an all round breakfast-like flavour. But there's also the yoghurt, and the creaminess of that makes for a not so great combination. I mean, this is how a marmalade on toast yoghurt should taste, but that doesn't mean this should be a thing. Certainly better than I was expecting, but not all that great. 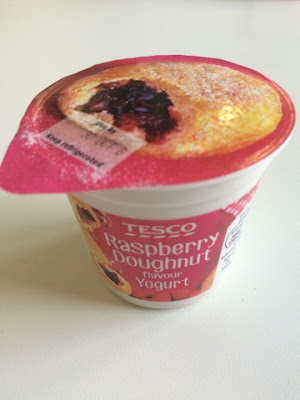 This is what I imagined would be the most acceptable of the three. It's a raspberry doughnut yoghurt. Raspberry yoghurts are certainly a thing, so a bit of doughnut on top wouldn't hurt, right? Well, this does, in fact, taste normal, decidedly average. The raspberry flavour is there, but the doughnut aspect is quite lacking. There's cornflour and unsalted butter in the ingredients, but they certainly don't lend much to the overall taste. It's an okay yoghurt, but if you're after something different then this doesn't really deliver. 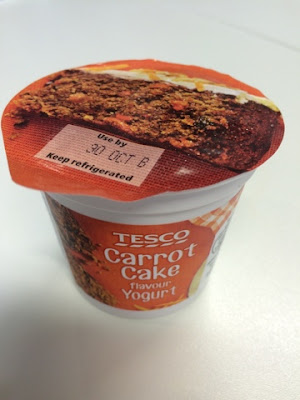 I saved the best 'til last. The carrot cake yoghurt, for when you want cake but you've also got to count your calories, I guess. This thing is the real deal, it is a carrot cake in yoghurt form. It has all the actual cake stuff inside, brown sugar, carrots, sultanas and mascarpone cheese, and it just tastes like a creamy carrot cake in a pot. I said how the marmalade on toast is ruined by the creamy texture and flavour of the yoghurt, but it helps here, as it just give the effect of frosting. This yoghurt certainly isn't as good as an actual slice of carrot cake, but as a carrot cake yoghurt it certainly fits the bill. This is the one you should be picking up.

Tesco have done it again. Well, the results are varied, but they've certainly knocked up some interesting concoctions here. My co-workers were equal parts disgusted and fascinated with my purchases, and yours can be too. If you fancy yoghurts that taste like things that shouldn't be yoghurts, grab some of these (or at least that carrot cake one).
Posted by A Review A Day at 13:15