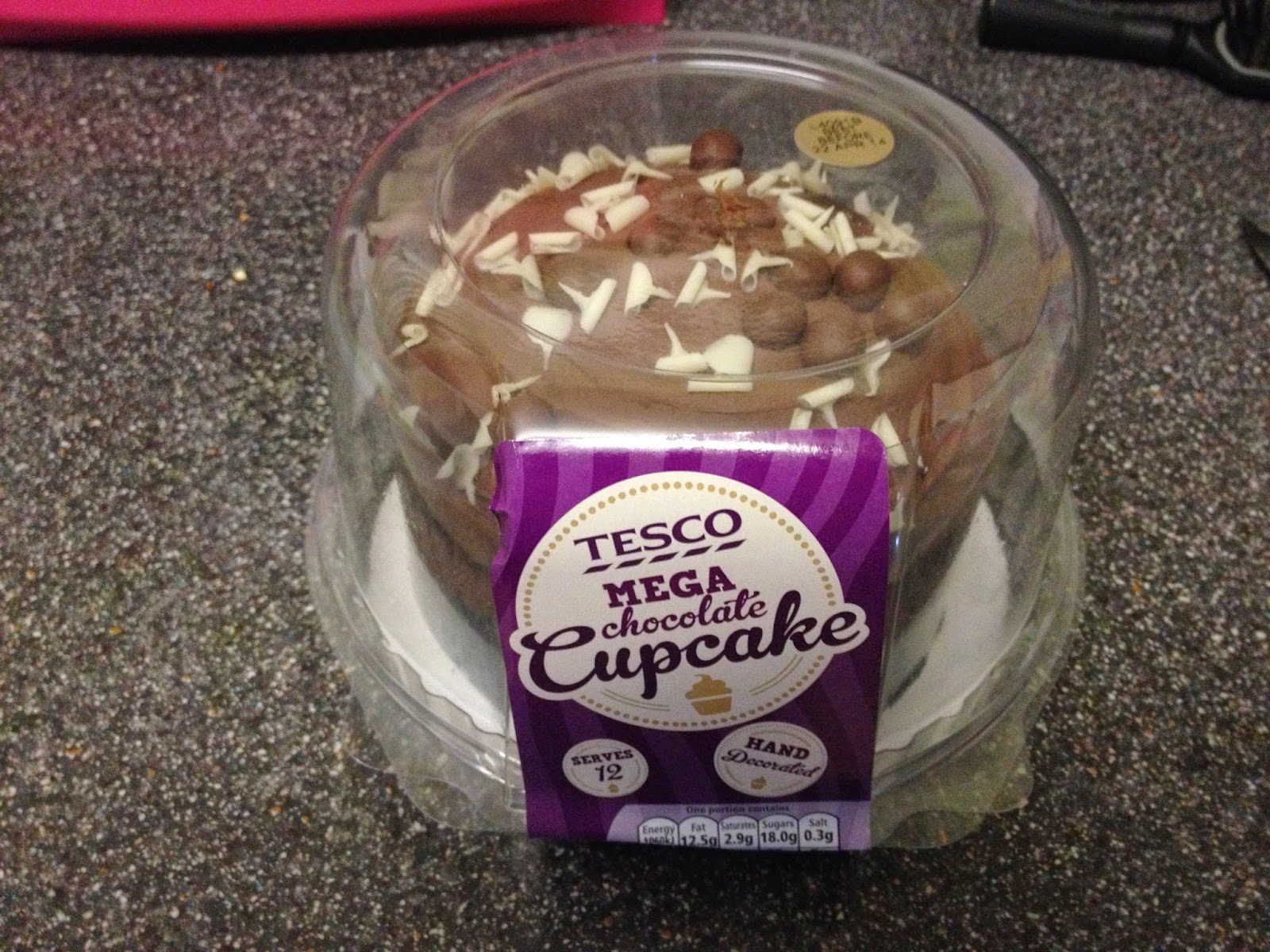 One thing that seems to have gotten strangely popular lately is giant cupcakes. Giant cupcake moulds have been popping up for sale everywhere, and since everybody loves cupcakes, they go crazy for the idea of a giant cupcake. But you know what a giant cupcake is? Just a cake. Case in point, this "mega chocolate cupcake" from Tesco. From the outside it does, indeed, look like a giant version of your regular frosting topped cupcake, but once you've cut a slice, it looks like this: 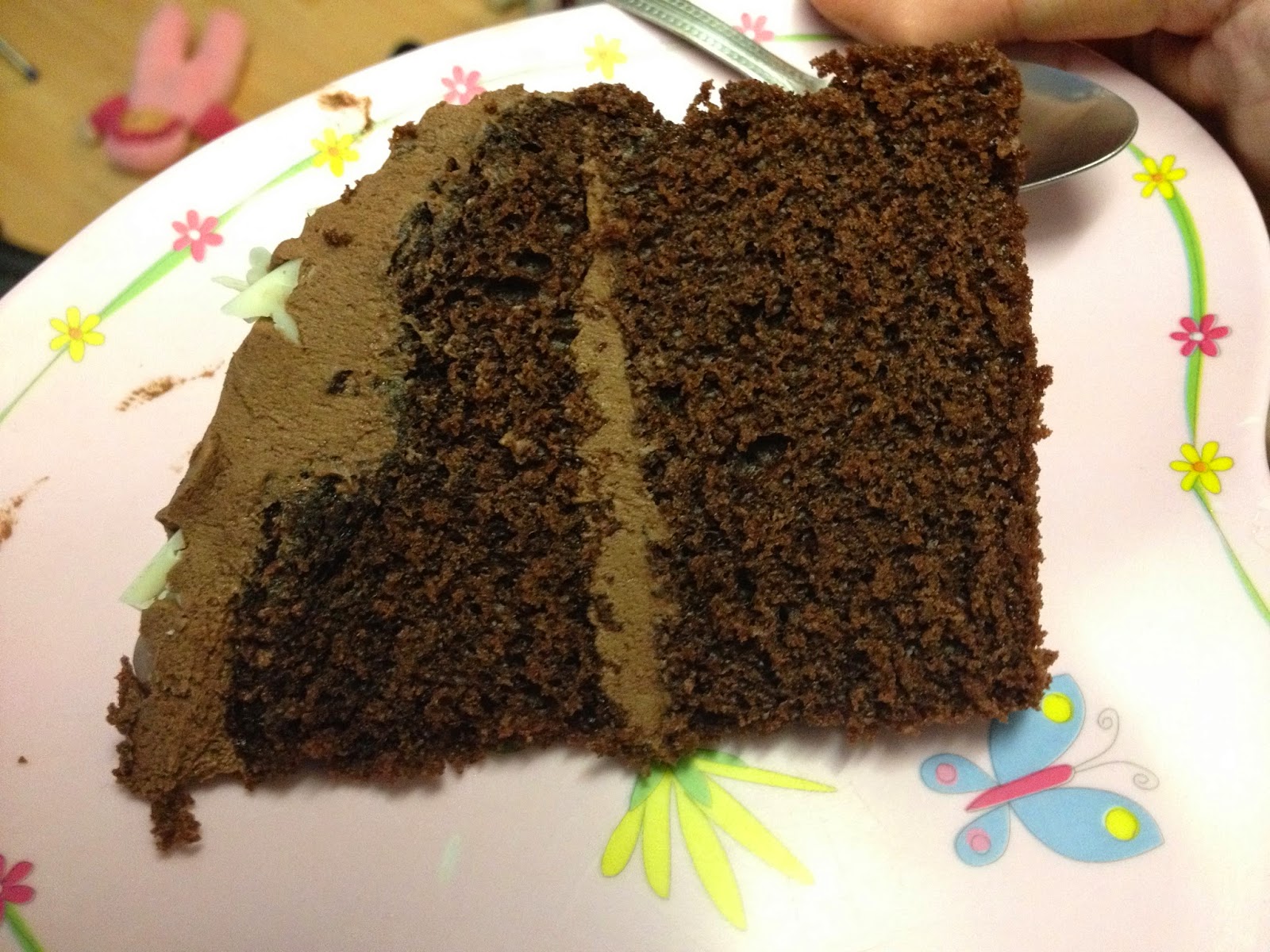 The frosting was a lie! Everyone knows the best part of a cupcake is the frosting on top, piped all thick and swirly like. But this cake has deceptively thin frosting on top, and only a little in the middle. So yes, this is distinctly more cake-like than cupcake-like, not that there should be much of a difference anyway. But hey, this is still good. The frosting is fantastically creamy and chocolatey, and the sponge is pretty good too, flavoursome and quite moist. However, as you can probably ascertain from the picture, there's not quite enough frosting to go around. The bottom half is a bit of a dry affair before you reach the buttercream border in the middle, but it's not exactly a chore to eat it.

All in all, this is a nice cake. I gladly picked it up at a reduced price, but I'd say it's worth the regular £6 price tag. It's certainly not perfect, but it's pretty big, and extremely chocolatey. Can't really go wrong with that.