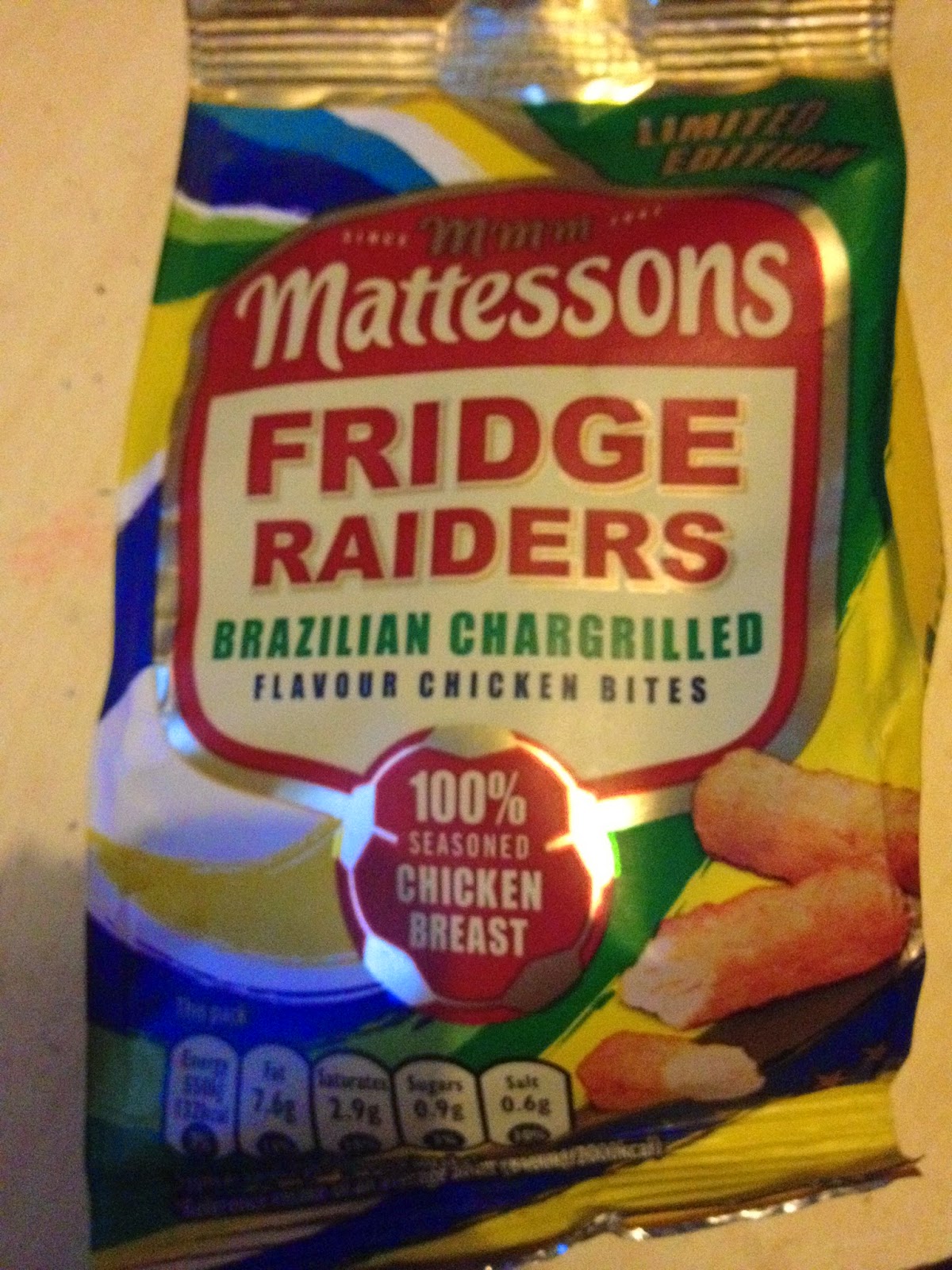 I don't normally buy Fridge Raiders. They're nice as a snack, sure, but they're also pretty expensive for the amount of chicken you get. But they've brought out this new flavour to celebrate the World Cup, and although England are out, I actually don't care about football in the slightest, but I'm more than happy to keep trying these new Brazilian inspired foods.

I tried to figure out exactly how what flavour these Fridge Raiders were. A lot of people have gone with combinations of lime and chilli, but perusing the ingredients didn't tell me that these were included. In fact, there wasn't really any mention of a certain flavour at all. It turns out that this is because these chicken pieces don't have much flavour at all. There's certainly a tiny hint of spiciness, but it's very mellow and overpowered by the chicken itself. They don't taste too much different from the original Fridge Raiders, and while that certainly means that it's some nice chicken, I did feel a bit cheated by the lack of some nice, Brazilian style flavour. Apparently they just chargrilled this chicken in a Brazilian fashion, but I'm not exactly sure how you do that, and apparently it doesn't have too much of an effect on the flavour. These Fridge Raiders are nothing special, but hey, at least there's a bit more effort than those different coloured M&Ms.