I've never really paid attention to the Lego Minifigures series. In my mind, Lego is always too expensive, but since all the Lego video games have been coming out, and my kids have been getting into it, I've been keeping up with what's being released. The Back To The Future Delorean, The Ecto-1 from Ghostbusters, both awesome. But The Simpsons house was the big release that caught my eye last year, and while I certainly wasn't going to spring £180 for that, I was certainly willing to start picking up a Minifigures series made up solely of Simpsons characters. I may not have completed my collection, but I'm getting close. 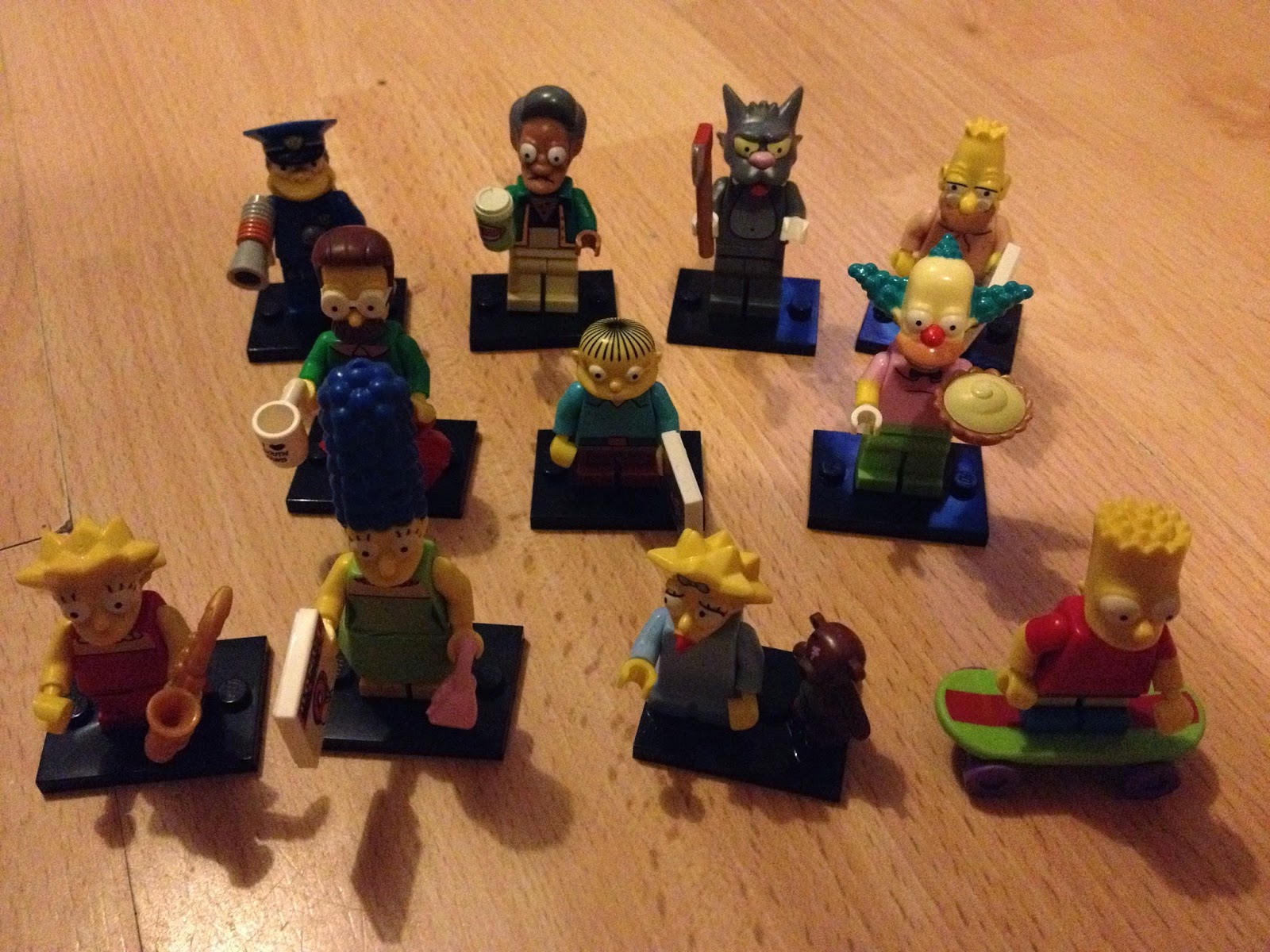 Look at those, how awesome are they? With the amount of franchises being snapped up by Lego in recent years, The Simpsons is probably the best fit, as Lego men and Simpsons are yellow alike. This series of 16 minifigures contains the most famous characters from the hundreds that have shown up over the years. We have all of the main Simpsons family (Homer has so far evaded my grasp), Ned Flanders, Chief and Ralph Wiggum, Apu, Krusty (and Itchy And Scratchy) among others. Each one is perfectly formed, and looks just like their cartoon counterpart. Each one also comes with an awesome accessory or two. Homer has his remote and donut, Bart his skateboard, and Ralph even has his doomed Valentine's offering for Lisa.

These figures may be £2.50 each, but I actually don't mind spending the money on them. Besides, with each character having a unique accessory and/or head shape, I've actually managed to feel the blind bags and figure out exactly who I'm getting. I may look a little weird fondling Lego in Tesco, but hey, at least I'm not wasting money on duplicates. This is an awesome collection that would look good on any shelf, and there is plenty of potential for further Simpsons sets and figure series. I for one would love to see a Kwik-E-Mart or nuclear power plant, or a set including Patty and Selma or Sideshow Bob. As for whether Lego will actually expand the collection, only time will tell. But at least we have these awesome figures to be getting on with.

Email ThisBlogThis!Share to TwitterShare to FacebookShare to Pinterest
Labels: Toys