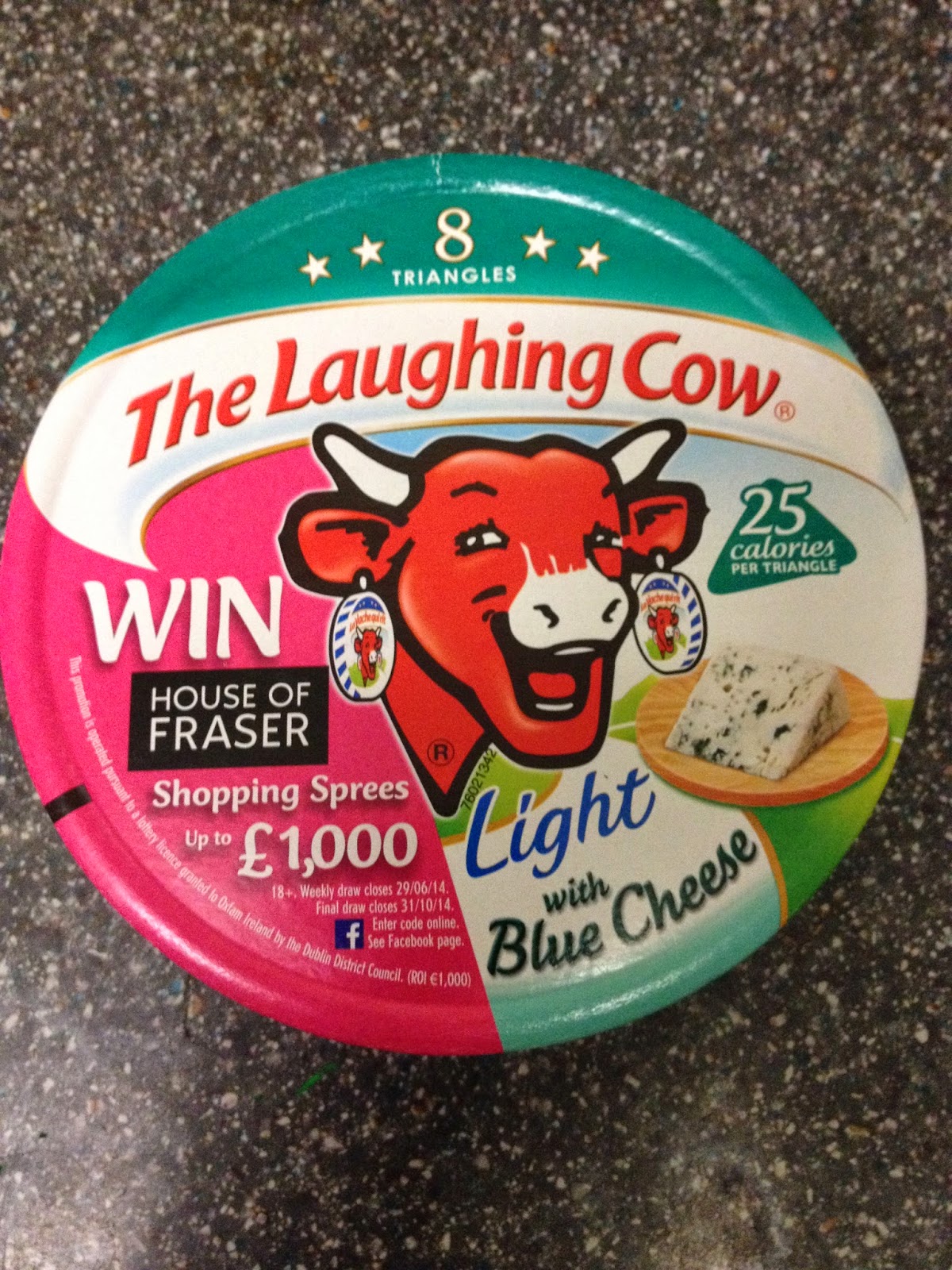 Blue cheese should not be a thing. Who has ever looked at a piece of food and thought "Hey, you know what would make that better? Sticking some mould in it!" But hey, someone decided to eat some mouldy cheese, and then figured out how to make more of it, and actually blue cheese is not all that bad. Certainly a strong, acquired taste, and certainly accompanied by a variety of bad smells, but I can definitely say I enjoy it. Though to be fair I like almost everything.

But many still don't appreciate watching, or smelling, people eating lumps of mouldy cheese, and thankfully The Laughing Cow have you covered with these cheese triangles that contain blue cheese. They're much like your average cheese triangles, and they certainly don't smell bad. But contained within is a nice percentage of blue cheese to add that unique flavour to whatever you feel like spreading it on. There is a fair amount more regular cream cheese in the way though, so the flavour wasn't as distinct as I'd hoped. Still, it's a nice, soft cheese that certainly packs a bit of a kick. It's certainly a good way to get your blue cheese fix without having to slice some up or alienate yourself from blue cheese haters.