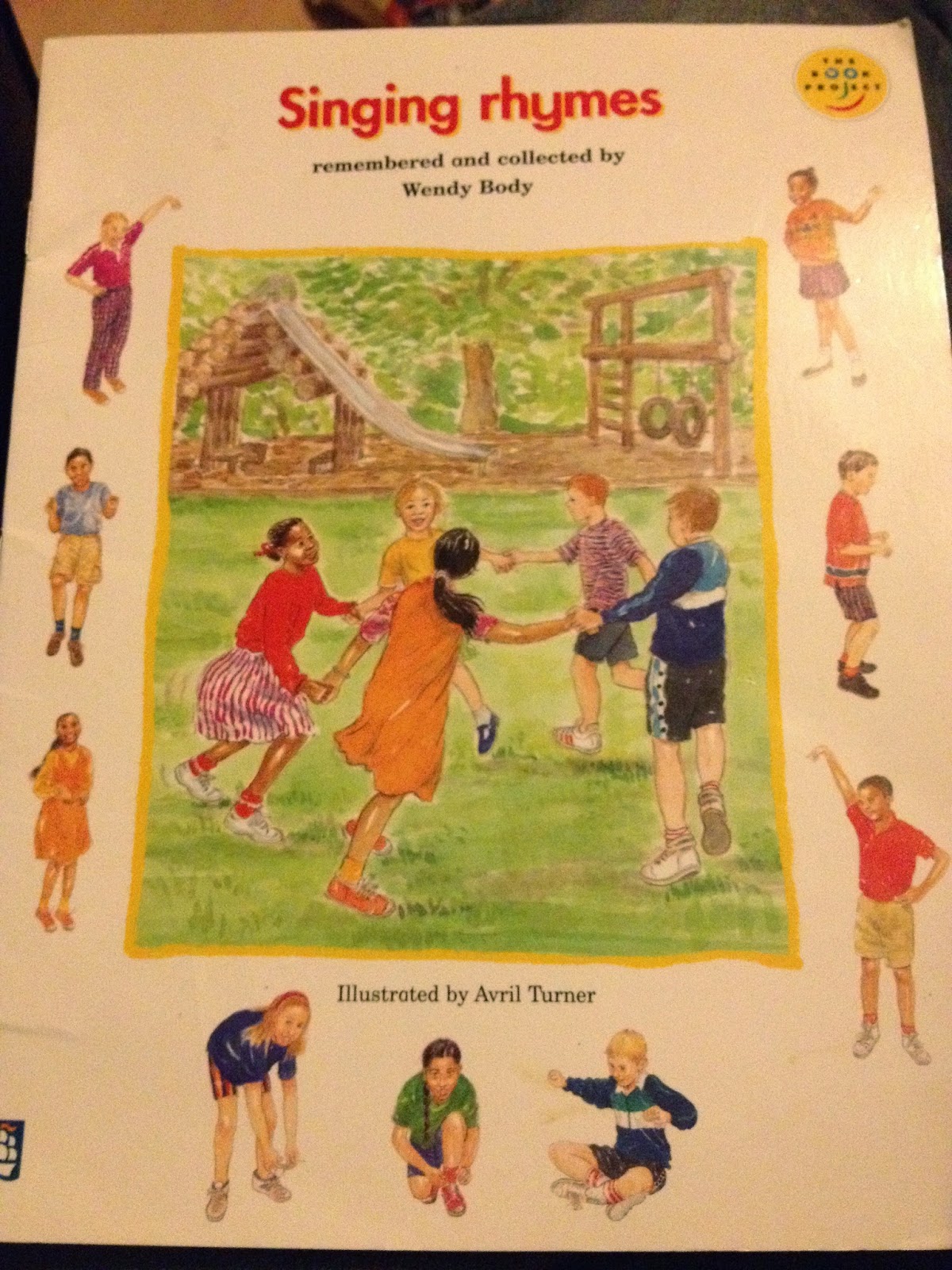 Sometimes my daughter chooses some nice books at school for me to read to her. Other times, not to much. This is actually the second time she's brought this book home from school, expecting me to read it. The first time I passed it up in favour of a Dr. Seuss classic, but this time she was insistent that I follow through. So it was time to delve into this... interesting collection of playground songs. I state in the title that this book is "by Wendy Body", but the cover actually says that it's "remembered and collected" by her. This basically means that Wendy was sitting down one day, and thought "Oh yeah, I remember some stuff I used to sing in school, I should write it down and sell it to people".

She didn't even do that good of a job. You know how many songs are in this book? Five. Spread over 12 pages. That's not a book, it's a pamphlet. At least I didn't have to sit there and sing songs for too long, and better still, I couldn't quite remember how one of them went, so I got to skip over that one. You see, a book full of lyrics isn't particularly helpful if you don't know the melody, but hey, maybe I should have remembered these songs as well as Wendy did. The best part is that this book isn't just full of regurgitated playground frivolity, there are also some interesting illustrations drawn by Avril Turner. 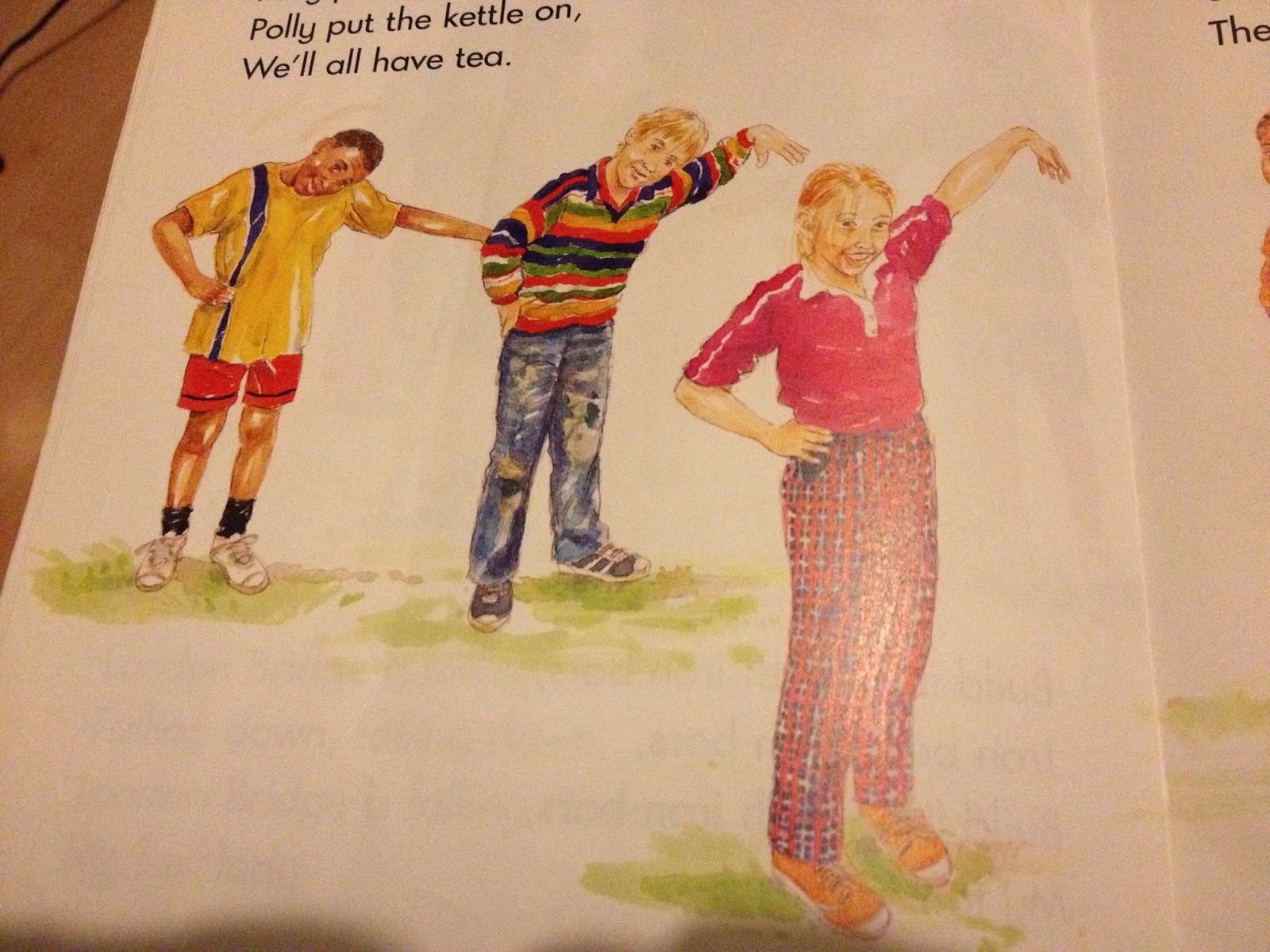 Yeah... Interesting. We have a nice cast of ethnically diverse children, assuming various positions in order to portray the actions of the songs. But this is another thing that doesn't really work on paper, there's no clue as to which action to perform at which point during the song, or even if there are other actions. For those who don't know their playground ditties, this book reads like bad poetry that you have to recite while contorting your body into uncomfortable positions.

Perhaps I'm overly cynical. I mean, I certainly couldn't draw children as well as that, especially the emptiness in their eyes. Oops, there I go again, but seriously, I could not get into this book at all, and not just because I finished it in a couple of minutes. It seems like a low effort production clapped together in an afternoon, and while the illustrations are nicely detailed and plentiful, the amount of writing that's gone into it is lazy at best. If this turns up in my daughter's book bag again, I'll be heading straight for Green Eggs And Ham.