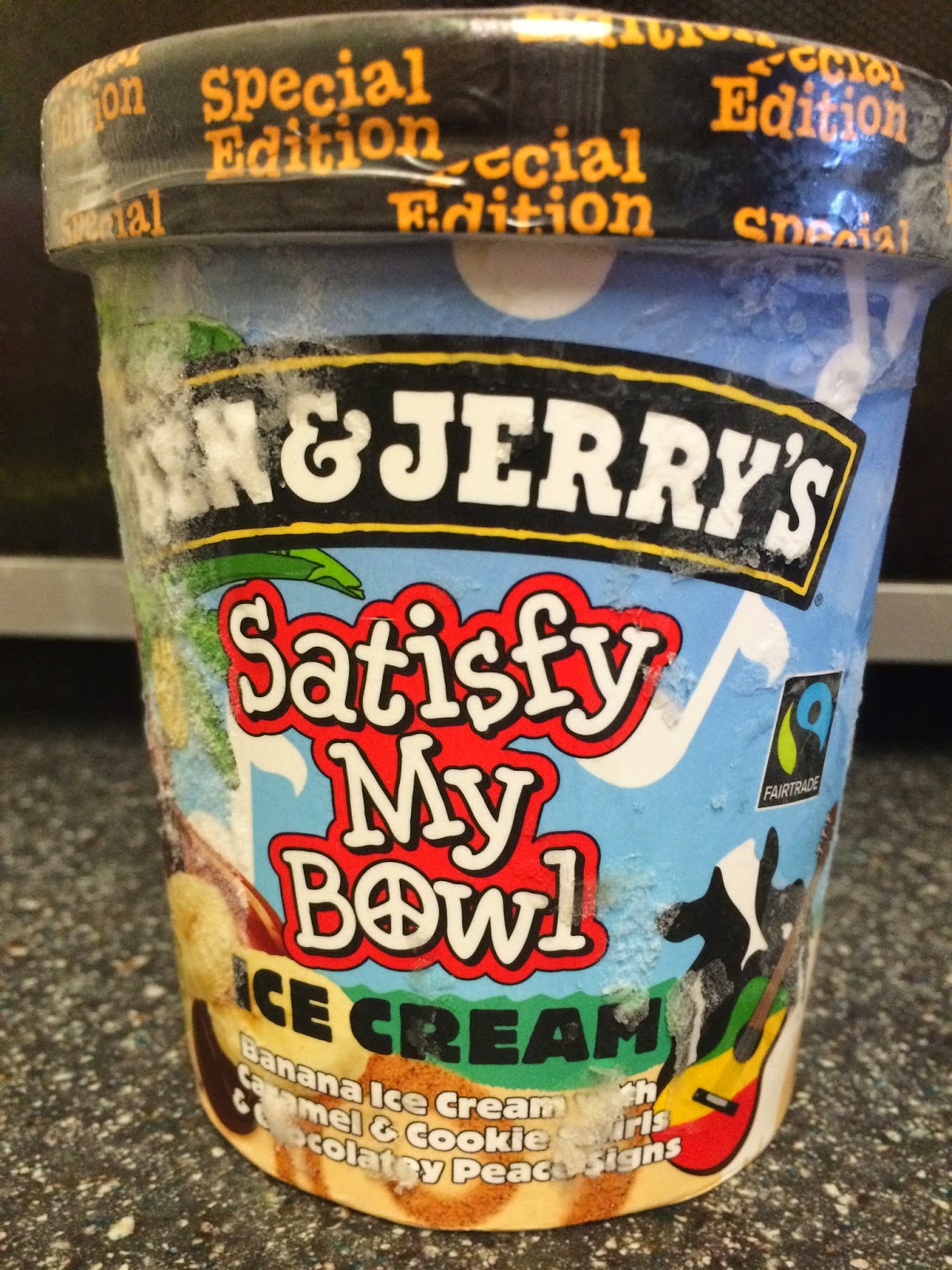 It's been a while since I've had some Ben & Jerry's (what happened to Sundae On The Common?!), but it's always a good time to delve into another tub when a new flavour comes out. This time Ben & Jerry's have partnered up with the 1Love Foundation to bring out a Bob Marley themed ice cream in celebration of his 70th birthday. This is quite an interesting mixture, and that's saying something with Ben & Jerry's. We have a banana ice cream, swirled through with caramel and pieces of cookie dough, topped off with chocolate peace signs. I wasn't sure if it was going to be my cup of tea (or bowl of ice cream), but I'm never one to pass up on some ice cream.

My main fear was that I wouldn't like the banana ice cream, but it's actually pretty amazing. The flavour isn't overpowering whatsoever, it's just a fruity, smooth, creamy ice cream that I couldn't get enough of. The caramel swirls add some extra sweetness throughout, and the cookie dough chunks add a lovely texture, as well as bursts of extra flavour, working pretty well with the banana. Then we have the chocolate peace signs, symbolic of the man himself, bringing everything together in a thick, chocolatey embrace. All the elements didn't really sound like they'd work well together, but I enjoyed every single spoonful. This is another winner from Ben & Jerry's, so pick it up while it's still around.