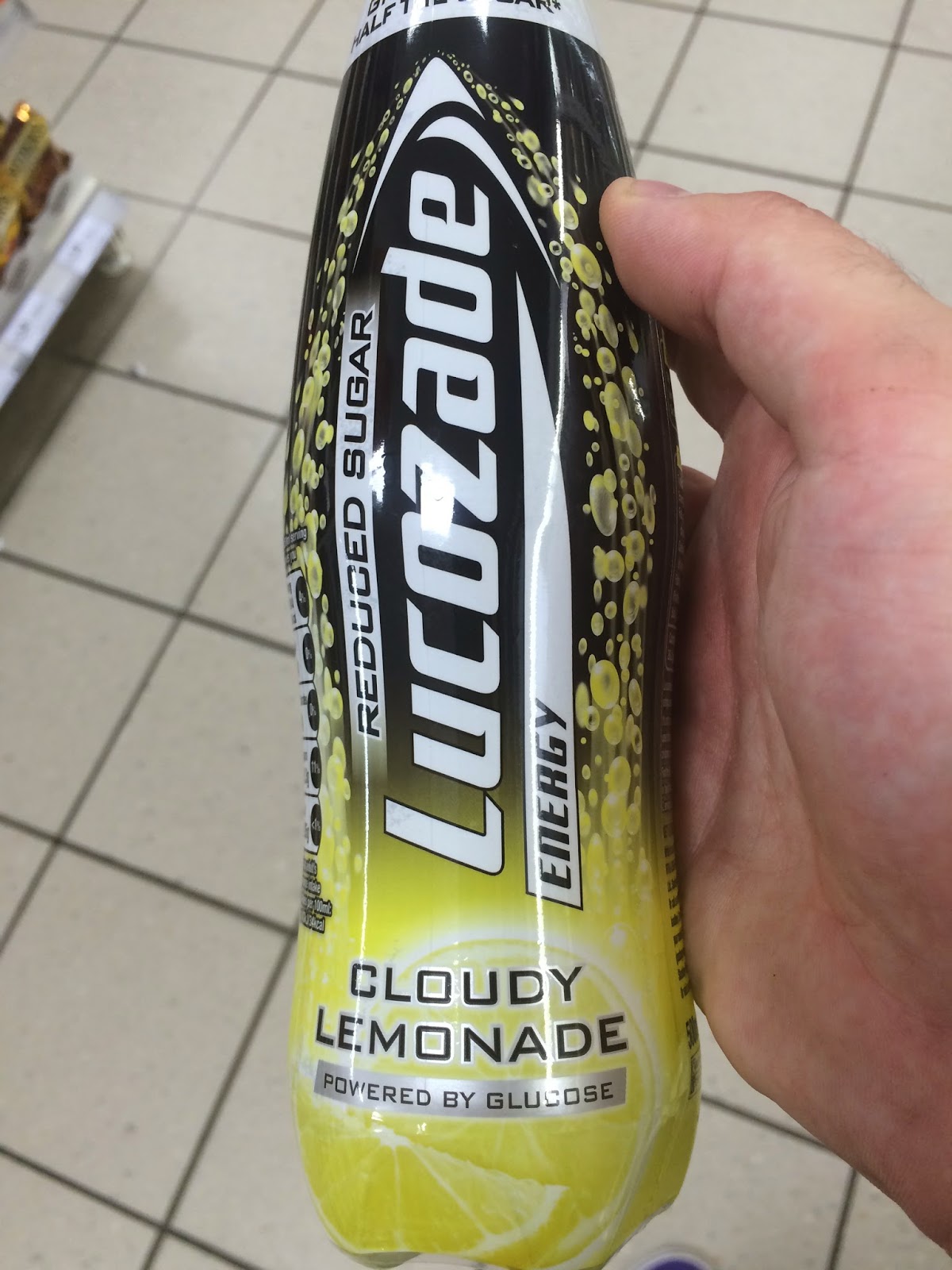 I was in the mood for a pink lemonade Lucozade today, but was somewhat put off by the amount of calories in a bottle (I'm being good lately). Thankfully, I spied this new cloudy lemonade flavour, which promised reduced sugar and weighed in at just over 130 calories. It may not be pink lemonade, but it's still lemonade, so I was happy to pick this up.

I understand that the idea of a sugar free Lucozade is pretty ludicrous, but it's nice to see they've made an effort and cut out a lot of the sugar content with this one. Unfortunately, the drink does suffer a bit. It tastes somewhat artificially sweetened, and is definitely not as flavoursome as its full sugar brethren. Sure, it does taste like cloudy lemonade, but it's nowhere near as bitter as I expected, the lemon is quite subdued in fact. It is still a refreshing Lucozade, and will give you a nice burst of energy, but this flavour just falls quite flat for me. In future I think I'll be naughty and go with the good stuff.